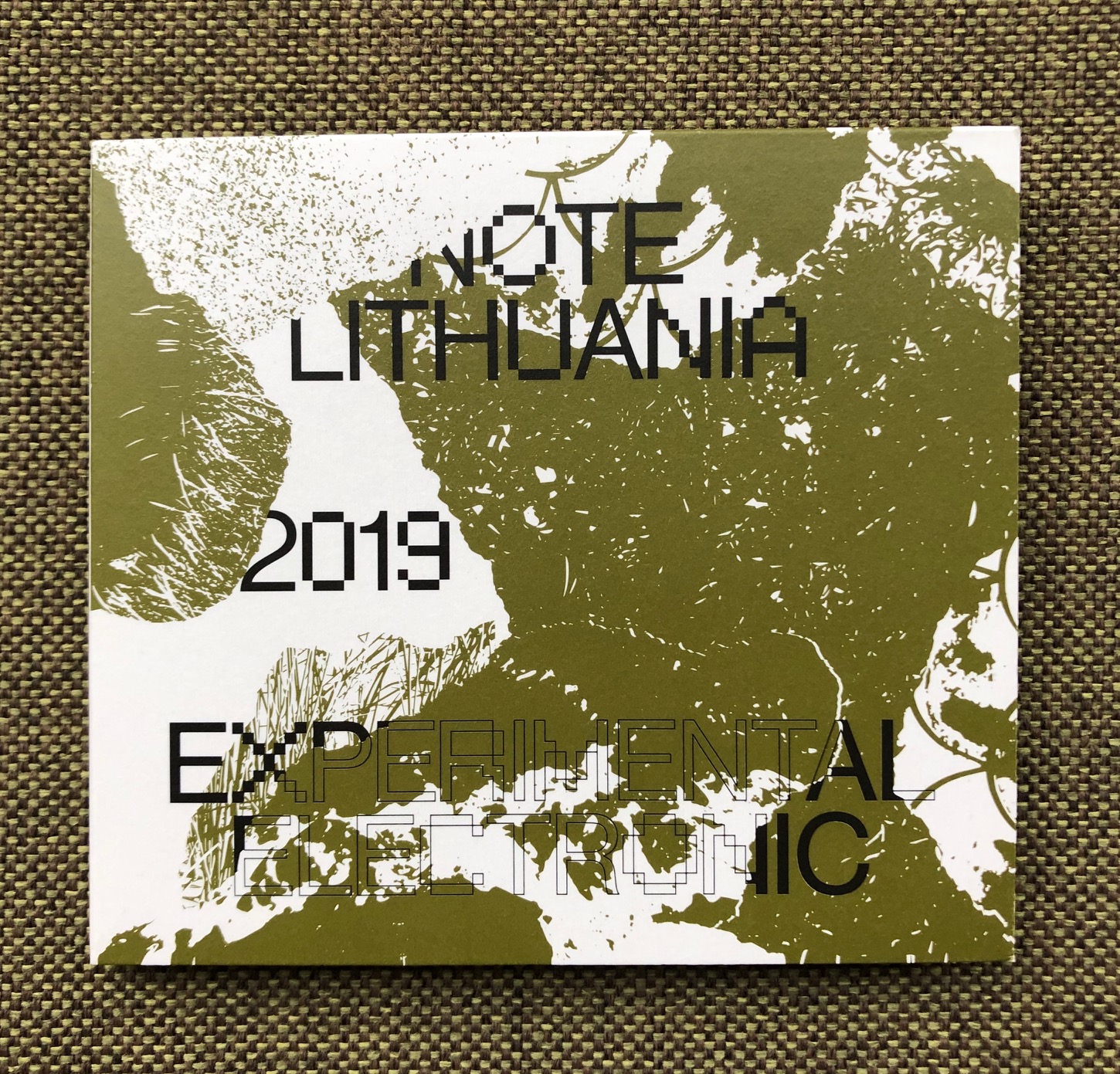 Graphic design: Jurgis Griškevičius.
The new Note Lithuania album focused on the experimental and post-industrial music scene, is the freshest example of the Lithuanian Music Information Center’s publishing activities. After taking a break from this genre for a few years, the newly released Note Lithuania: Experimental / Electronic 2019 features 13 tracks and celebrates the well-known, already established artists and newcomers to this particular scene alike. You can find the Note Lithuania: Experimental / Electronic 2019 release and listen to it in full, and for free here.

As of 2018, anyone can submit their music in order to be considered for the inclusion in the Note Lithuania series. In 2019, 40 entrants sent their tracks for consideration which were then judged by the 5 members of the jury. As the competition closed, it became clear that the 2019 edition of Note Lithuania: Experimental / Electronic 2019 featured many diverse and wide ranging artists. Amongst them you can find Skeldos, Daina Dieva, Vėlių Namai, Fume, NULIS:S:S:S, Tiese, Patris Židelevičius, Raguvos, avidja/devita, Distorted Noise Architect, Nortas, Unit 7 and Phil Von, a Frenchman that is currently residing in Lithuania.

The album can be best described by the opinions of the jury responsible for selecting the distinctive soundtracks. As summed up by Ugnius Liogė, the head of the festival Mėnuo Juodaragis and the owner of the record label Dangus, “this particular sound collection is probably the most exciting representation of an active wave of experimental electronic music deriving from the first decade of the 21st century. Heading towards a digital, machine-driven future, this collection recharges us and conveys to us a particular emotion, full of characteristic fragments of distinctive Lithuanian sound. It refreshes us through an exceptionally deep feeling of melancholy that is permeated by poetry about nature and echoes of far-reaching rituals.”

The remarks were echoed by Inga Ramoškaitė, an LRT Opus radio presenter and editor, “the compositions carry with them a message that the fear of risk and experimentation that is encoded in the national Lithuanian character is eroding. Old and new forms, sounds, different methods of production are being explored and boldly sought after.” 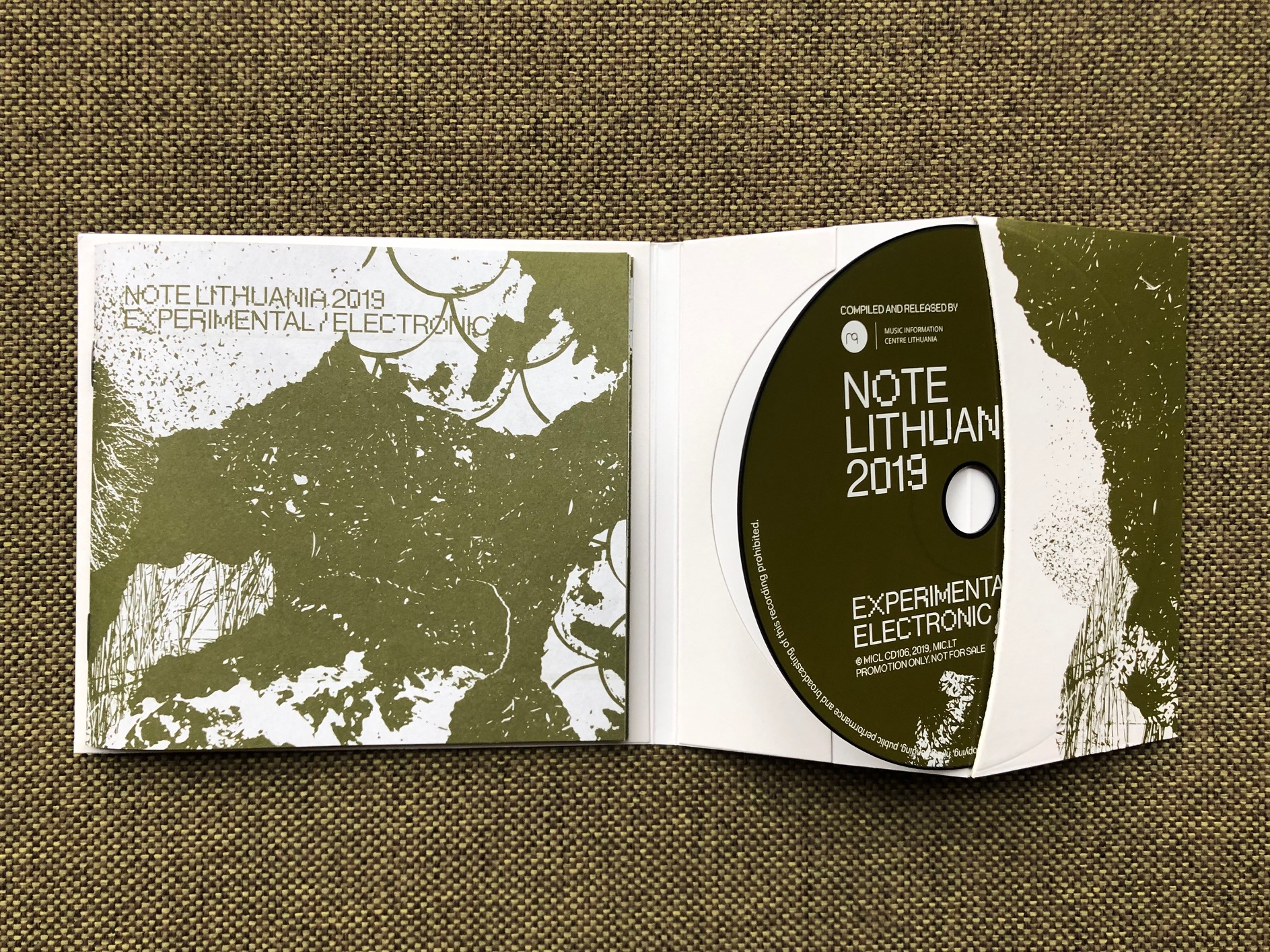 Moreover, Jurij Dobriakov, researcher of contemporary culture noted that “firstly, we can observe that the familiar mainstays of the Lithuanian post-industrial, noise, drone and dark ambient electronic music scene are still very active and in a great shape – which means vital continuity. Secondly, their trademark sound is being chased closely by rising local and Lithuania-based international talent that also offers a welcome stylistic expansion – which means healthy evolution. Together, these facts ensure that the small, but rich Lithuanian adventurous music universe remains as exciting as ever, and definitely worthy of global attention.”

Similarly, the founder of the web journal „secretthirteen.org“ Justinas Mikulskis added that “all of the compositions are diverse with regard to their structure and the ideology behind them. However, the compilation is put together so well that you can feel it’s united as one.”

Nerijus Damaševičius, the organizer of the festival Sūpynės, expressed his appreciation for the quality and modernity of the album. He also shared his picturesque impressions of the winning pieces. “Listening to the compilation, it’s easy to lose yourself in familiar surroundings, to hear ritualistic motifs or dive into nocturnal ambient abstraction. You can also embark on a nostalgic and meditative journey through autumn or find yourself leaping into a synthetic sci-fi movie soundtrack. The soundtrack is full of piercing industrial and imposing sounds that could have come from beyond the reaches of the Earth. Or, simply, you can discover a complete and utterly serene place.”

The released album Note Lithuania: Experimental / Electronic 2019 is primarily intended for the international music market, however anyone can access the album on mic.lt for free. The publishing and distribution of the album was funded by the Lithuanian Council for Culture and the Ministry of Culture of the Republic of Lithuania.