An exerpt from the album BY THE STAINED GLASS: live at the National Library of Lithuania, Fluxusonic Night, 2018-06-15

X
An exerpt from the album BY THE STAINED GLASS: live at the National Library of Lithuania, Fluxusonic Night, 2018-06-15
More

This collection of gloomy, deep and profound soundtracks reveals the diversity of different projects in Lithuania in 2019. The music scene is ever-changing and often surprises us with new unheard-of names. This particular sound collection is probably the most exciting representation of an active wave of experimental electronic music deriving from the first decade of the 21st century. Heading towards a digital, machine-driven future, this collection recharges us and conveys to us a particular emotion, full of characteristic fragments of distinctive Lithuanian sound. It refreshes us through an exceptionally deep feeling of melancholy that is permeated by poetry about nature and echoes of far-reaching rituals.

This new Note Lithuania selection clearly demonstrates two things. First: the familiar mainstays of the Lithuanian post-industrial, noise, drone and dark ambient electronic music scene are still very active and in a great shape – which means vital continuity. Second: their trademark sound is being chased closely by rising local and Lithuania-based international talent that also offers a welcome stylistic expansion – which means healthy evolution. Together, these facts ensure that the small but rich Lithuanian adventurous music universe remains as exciting as ever, and definitely worthy of global attention.

All of the compositions are diverse with regard to their structure and the ideology behind them. However, the compilation is put together so well that you can feel it’s united as one. This speaks to the talent of the compilers, specifically to their ability to create a unified and interconnected collection, a consistent and interrelated story that intertwines the mystical, the surreal and the dark. The compilation has a level of complexity comparable to music that is being released in the West, while on the other hand the listener can simultaneously hear subtle inclusions of Baltic sounds and reverberations.

The compositions carry with them a message that the fear of risk and experimentation that is encoded in the national Lithuanian character is eroding. Old and new forms, sounds, different methods of production are being explored and boldly sought after. While listening to the submissions, I could straight away tell which of the compositions were the most striking to me. In them I found complexity, power and fulfilment. I only wish I could see more female artists participating in the compilation... I believe the compilation will not only help to spread the word about talented Lithuanian creators abroad but will also help the artists to be discovered by local listeners and various radio stations.

This compilation is quite modern and of high quality. You can find newcomers to the scene reflecting and contemplating in a broad way, while older, more established artists are also sounding quite solid! Listening to the compilation, it’s easy to lose yourself in familiar surroundings, to hear ritualistic motifs or dive into nocturnal ambient abstraction. You can also embark on a nostalgic and meditative journey through autumn or find yourself leaping into a synthetic sci-fi movie soundtrack. The soundtrack is full of piercing industrial and imposing sounds that could have come from beyond the reaches of the Earth. Or, simply, you can discover a complete and utterly serene place. 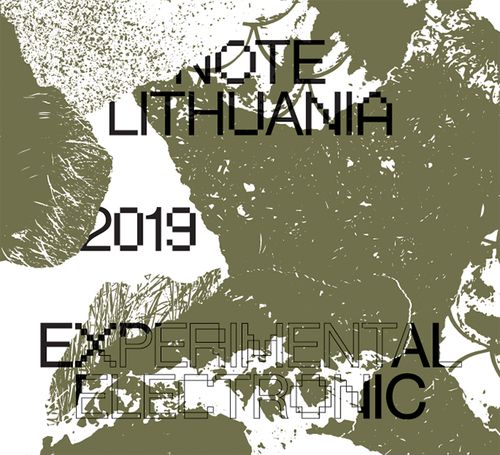 Supported by Lithuanian Council for Culture and Ministry of Culture of the Republic of Lithuania.