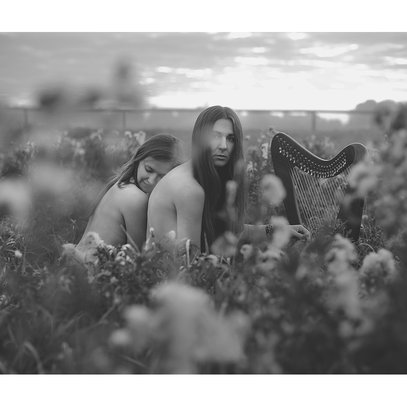 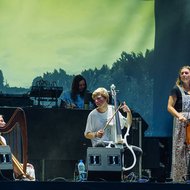 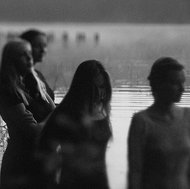 Raguvos – the Lithuanian word for gullies. The band was founded in 2014 by vocalist Ingula Rinkevičienė. Ingula found other artists and invited them to join Raguvos. The main place for rehearsals was in her small room in the Old Town of Vilnius. Their first concert took place in 2014 at the Kirtimai Cultural Center. Later Raguvos had concerts at the Mėnuo Juodaragis Festival, Gaia Festival and other events like "Velniop", "Deja Vu" at Yucatan Club, "Pusiaužiemio Raganavimai" and “Braille Satellite Festival”. Band’s members are – Gintarė Balčytytė (flute and kankles), Rapolas Tamuliūnas (cello), Aušra Grigaliūnienė (electronic sounds). The band’s members are certainly not new to the alternative folk scene, having played in such well-established bands as Spanxti, one of the most recognizable names in the Lithuanian post-folk movement. The difference with Raguvos is that their music is much less dependent on traditional folk song and melodies. Instead, they draws its raw energy from lengthy and meditative instrumental drones and abstract ritualistic chanting. These features give them an archaic quality that is not only local, but universal, without ever becoming esoteric or eclectic. Band’s musical evolution was slow, but magical in its calmness and flow pulsation. There are two slopes of the band - one acoustic and the other electronic. Together they flow into one - nature, relationship, presence and life. You can walk through the woods and be a hunter who will tell his story.