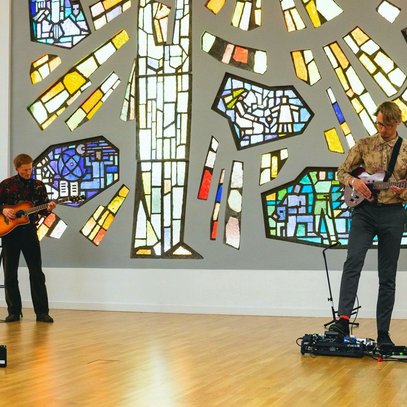 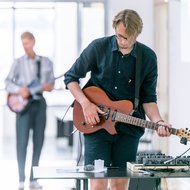 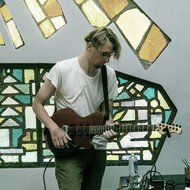 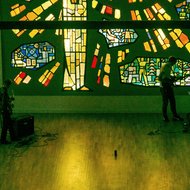 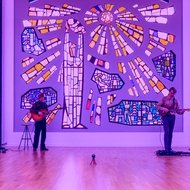 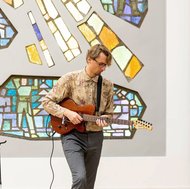 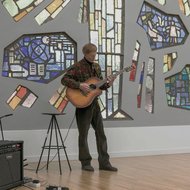 avidja/devita are a musical duo whose origins go back to the creative spaces of a library. The project does not use any computers; instead, the sounds are produced with electric guitars and effects pedals. The project fills various darkened library spaces with an inventive ad hoc approach. avidja can be described as a painter who uses a polymorphic guitar as his paintbrush. During the creative process the instrument loses its acoustic origins. You can feel the guitar having an imagination of its own that is often expressed as a siren vibrating through the six strings. Lost in itself, the guitar murmurs, weaving various loops and textures. Gradually, improvised soundscapes emerge. The sound sculptures rise and fall, and the strings turn into origami and crash into a wall of sound. What you’re hearing is not the sound of guitar chords; what you’re hearing is the way the sky sounds. Even though the sounds of devita are quite diverse, they are united by a particular sense of flow. You can sometimes sense the appearance of ambient and space-music aesthetics. As the duo themselves observe, their main aim is to see the music being able to carry the listener gently above the oceans of sound.