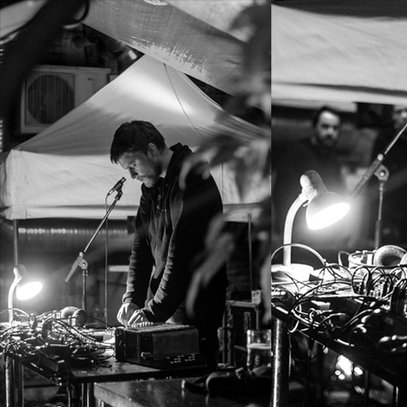 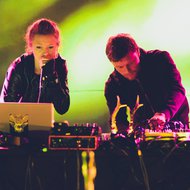 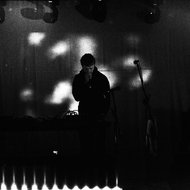 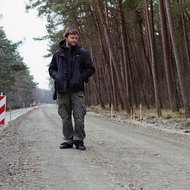 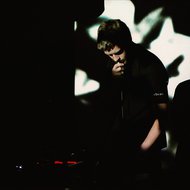 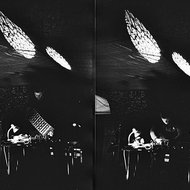 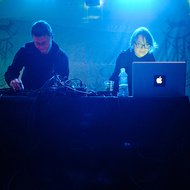 It’s impossible to draw a boundary where the mist ends giving way to translucent horizons. The transit is imperceptible and natural. It takes the most subtle inner senses to grasp it. The music of Skeldos stirs similar feelings as it drifts toward the horizon in slow pastel-shaded patches of aquarelle. Ambient and drone are the somewhat useful terms in this context although they only describe conditional features. The project’s soundset stems from melancholic yet at the same time soul-comforting changes in nature as well as from a nostalgic smoky mood and personal experiences that are impossible to verbalise. This elegy bears no pomp as it’s all about concentration, listening and attempts to taste the silent awareness within your inner self. Vytenis Eitminavičius, the creator of Skeldos, incorporates sparkles of personal nostalgia into his music. It sounds like a rhetorical question about the ability of the creative process to convey something that’s worthwhile and compelling provided it has been barred from the experience of subjective encounters with the Now. Each and every such encounter leaves a certain fracture on the moment of apprehension that has just begun to settle. Skeldos is a plural form of an artificially created noun deriving from the Lithuanian verb skilti – to fracture, split, crack. The fractures open up spaces through which the sounds by Skeldos drift.

Excerpts from the album Įspaudai

X
Excerpts from the album Įspaudai

Excerpts from the album Aviliai

X
Excerpts from the album Aviliai

Born in Utena, Vytenis Eitminavičius began his experiences in the musical environment with sporadic creative attempts that involved many different styles of music. More concrete forms came into being only after he set up in 2001, together with several of his fellows, the acoustic neo-folk band Žvaigždumėnija (its Lithuanian name refers to stars) in his native town. The band was active until 2009. Although it played in several concerts later too, these were occasional performances rather than genuine attempts to revive the group.

As his personal creative ambitions grew stronger, Vytenis Eitminavičius launched his solo project Beniūniuojant Nemiga (its name is a combination of two Lithuanian words that stand for humming a melody and sleeplessness). In it, Vytenis stuck to many features of his earlier musical undertakings yet he was more inclined to experiments, sustained sounds, and the search of acoustic atmosphere. The project materialised in the form of some CD-Rs spread among his friends.

Skeldos was a yet another of his projects, more concrete and purposive, launched in 2011. Its music flows along ambient deltas occasionally touching the sand of drone. It is enveloped in melancholic sounds produced by different instruments and dressed in the robe of effects. The project debuted live in July 2011 during a festival in Anykščiai hosted by Moontrix, a Lithuanian organisation of experimental sound, image, and design. In 2012, Skeldos was part of Speigas (Frost), the festival dedicated to experimental music in Vilnius. The performances have spread the word about the project among a broader community with Skeldos eventually taking part in a number of events throughout Lithuania, including a night of ambient music in Vilnius Planetarium, a festival of electronic music in Anykščiai named The Machine Started to Flow into a Vein, the Camera Obscura Festival in Ukmergė at the town’s bus station, the Creature Live Art Festival in Kaunas, the Mėnuo Juodaragis Festival (its name stands for Black-horned Moon), the Cosmos Festival in Vilnius etc.

In 2014, Skeldos released its first recording, a meticulously composed and neatly designed cassette named Įspaudai (Imprints). Later that year Skeldos embarked on a mini tour in Poland and Germany together with Obšrr, Oorchach, and Daina Dieva. In early 2015, a recording named Aviliai (Bee Hives) was released in collaboration with Daina Dieva. It offers subtle ambient melancholy, experimental unrest and horizons of nostalgic melodies.