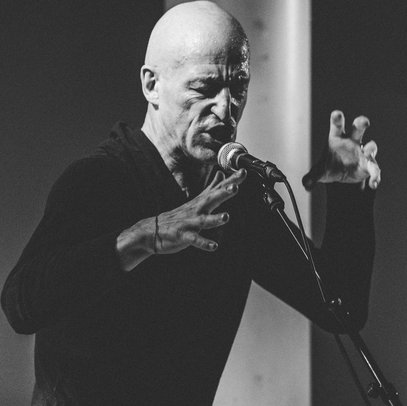 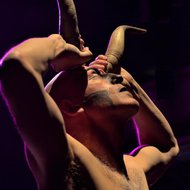 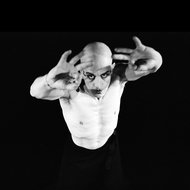 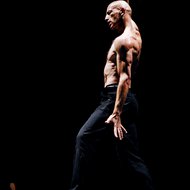 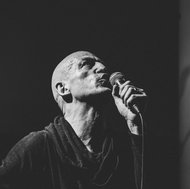 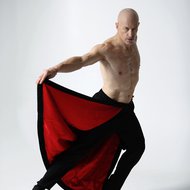 Phil’s dream is to write poetry with electronic sounds instead of words. For the last 30 years his endeavours have been directed to achieving that goal. Being a performer, actor and dancer as well as an electronic music composer, his approach to music writing is quite peculiar as it always seeks an “audio dramaturgy”, a “scenic structure” or a “cinematic sculpture”. He feels that music should somehow belong to a “bigger picture” where all arts are combined. He also cherishes a more organic perception of electronics, hoping to push machines closer to humanity and to nature. Many of the pieces on his albums have been used by choreographers, visual artists and stage directors. They have shaped their own artistic visions with their interpretations of his imaginary materials. This is how he envisages and encourages the reincarnations of his music through different lives.

Phil Von parallel to his work with Von Magnet is composing as well as performing for different dance and street theatre companies. After the collaboration with Norscq on "Atlas Project", he wrote the piece "Compass" for Art Zoyd and the Musiques Nouvelles Ensemble of Jean Paul Dessy. With Mimetic he created "Groundspace" for the GRM (Group of Musical Research) and the Radio France festival. He was musician & performer with Russian/German company Do Theatre (Anatomy of Fantasy), French performance company Materia Prima (Body Without Wings, Insomnia, Eternal, Batailles, Choir, Cabaret Rouge), Street Theatre companies Entre Terre et Ciel (Neige de Feu, Physalis, Alma, Envol), Underclouds (Funambus, Petites Histoires sans Gravité, VerSant) & U-Structure Nouvelle (Strip-Tease Forain, Melankholia). In 2017/18 he wrote and performed the music of the theatre play "Medea written with rage" in London for François Testory DV8 Physical theatre, Gecko...) which they toured in Great Britain. He worked with butoh choreographer Sakurako in Paris for her company Re-United Now-Here (Banzaï 2.0, Corsonor, Not a Love Story) and currently in Lithuania co-directing her new Baltic butoh dance-theatre company Okarukas (Now-Here, Voyager, Dolls, Spells, Here-After, Birds). Under his name he released 4 albums. "L'Autre Nuit" with the Gnawa musicians of Fès (Prikosnovénie records), "Deadline Now" soundtrack of performance for the Portuguese company Persona (Thisco records) and in 2015 the more intimate "Blind Ballet" on Ant-Zen Records. A selection of his best soundtracks written for the street theatre company Underclouds, entitled "Made Underclouds" was released in February 2019 on Zona Music (LT) and Ant-Zen (DE). In 2016 together with Somekilos from 2kilos &More, he created the tribal electro project META MEAT which album "Metameat" was released on 2 labels Ant-Zen and Audiotrauma and touring Europe with great success.