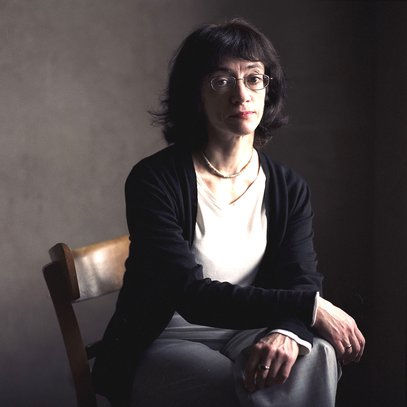 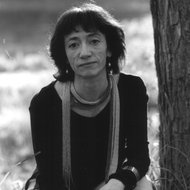 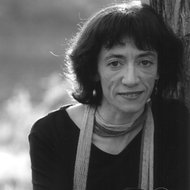 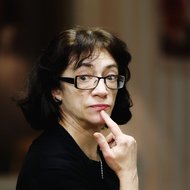 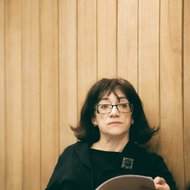 Onutė Narbutaitė is one of only a small number of composers today whose music bears the mark of exceptional individuality and is recognisable from the very first bars of all her compositions. Besides the wide spectrum of various emotional states and feelings in Narbutaitė’s creative work what is also palpable is the sense of aristocratic moderation and a strong compositional discipline which only serve to enhance the emotional impact of the music. However, the constructive origin manifests itself not by systems of organisation of various musical parameters borrowed from others or created by her. Narbutaitė’s intellectual opuses do not remind one of ‘machine production’ but ‘hand work’ carried out with great precision. The rationality of her composition reveals itself through meticulously detailed textures, the precise proportions of smaller or larger sections and the overall form, as well as the not immediately perceptible  interplay of the most minor details. At the same time the abstract musical narrative is extremely expressive, coming into clear relief and often reminiscent of ‘something familiar.’ Perhaps the most apt description of her present work has been provided by the American musicologist Richard Taruskin: ‘Not “tonal”. Not “romantic”. Not “retro”. Consonant.’

zoom in: new music from lithuania - Melody in the Garden of Olives

X
zoom in: new music from lithuania - Melody in the Garden of Olives

In 1997 the composer was awarded the Lithuanian National Culture and Art Prize for her oratorio Centones meae urbi, termed by the Polish musicologist Andrzej Chłopecki a ‘historiosophic composition about Vilnius and the spirituality of that city.’ The cycle of symphonies Tres Dei Matris Symphoniae and the symphonic composition La barca were recognised as the best symphonic words in the 2004 and 2005 competitions organised by the Lithuanian Composers’ Union. In 2008 in the same competition in the vocal-choral music category her work Lapides, flores, nomina et sidera was chosen as the best (this All Souls’ Day’s project, commissioned for the International Society for Contemporary Music (ISCM) World Music Days in Vilnius, was performed by seven Vilnius choirs in various Vilnius churches and at the Bernardine Cemetery). In 2015, again in the same competition, Narbutaitė was chosen as Composer of the Year for her opera Kornetas (The Cornet) and the composition for chamber orchestra Was There a Butterfly?.

In 2004 Melody for symphony orchestra (the second part of her Symphony No. 2) was chosen as number one in the list of nine recommended works at the 51st International Rostrum of Composers in Paris organised by UNESCO’s International Music Council and radio broadcasters on all five continents). At the 57th International Rostrum of Composers held in Lisbon in 2010, her symphonic opus krantas upė simfonija (riva fiume sinfonia) was in the top ten list of best compositions, as well as her composition for chamber orchestra Was There a Butterfly? at the 64th Rostrum in Palermo in 2017.

Onutė Narbutaitė’s compositions can be found on more than 30 CDs, released in Lithuania and abroad, amongst them 10 entire CDs of her music. In 2006 a monograph by Audronė Žiūraitytė on the composer’s work Skiautinys mano miestui (A patchwork for my city; Vilnius: Lithuanian Academy of Music and Theatre, Lithuanian Composers’ Union, 2006) was published.

Still in the 1980s, Onutė Narbutaitė enjoyed the reputation of a composer of subtle chamber music. Her early opuses were suffused with depictions of ‘night’, ‘silence’, and ‘oblivion’; her compositions, unhurried in their flow, with their transparent textures and nostalgic in mood, not infrequently would remind one of the pages of a diary written with sounds. In the years following Lithuania’s independence the composer’s music underwent a significant transformation. Firstly, Narbutaitė devoted herself to large-scale symphonic and symphonic-vocal works (the oratorio Centones meae urbi, 1997; Symphony No. 2, 2001; Tres Dei Matris Symphoniae, 2003; La barca, 2005; krantas upė simfonija, 2007, and so on). In maintaining her undeniably creative independence, Narbutaitė has developed an expressive musical language, characterised by cerebral nature  and structured thinking, expressive instrumentation and a haunting melodic quality, lush harmonies and textures, and an intense musical flow. The subtle sonic imagination in her music is in harmony with the rich cultural references to be found there.

In Lithuania and even beyond its boundaries the composer is still often present as a neo-romantic. Foreign critics in rejecting this ‘trade mark’ of neo-romanticism are helping her to throw off this label. For example, the French recording and distribution company Abeille Musique presents Narbutaitė in the following way: ‘In fact, we would be wasting our time in looking for combinations of classical tonality, and, moreover, she uses dissonance more often than consonance in her chords. Even though the ‘classical’ aspect of her style is in direct contradiction to the Boulez-Stockhausen type of avant-gardism, it also equally reflects a perfect contemporary language – there is nothing ‘retro’ there. After all, the term ‘romantic’ here could be applied only in describing the powerful emotion that emanates from this music, an emotion that is similar to that evoked by romantic music but achieved by completely different means, ones belonging to the 21st century.’

FEATURE. Onutė Narbutaitė: The Power of the Sincerity of Experience