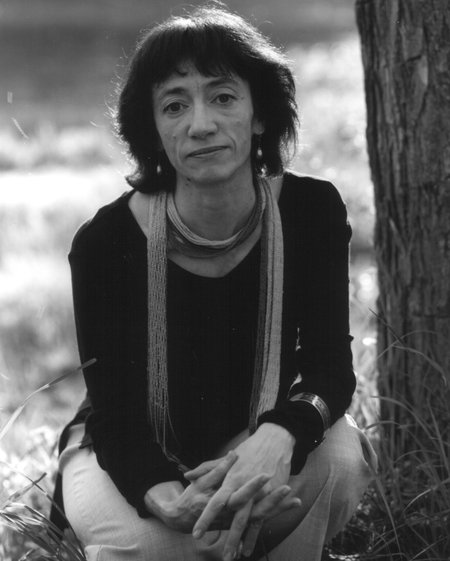 photo: Arūnas Baltėnas
Appearing in February, Onutė Narbutaitė's latest CD, "Symphony No.2", completes the unique 4-CD series of her music released during the last year by Finlandia Records. Finlandia Records is one of the few recording labels whose aim is to introduce listeners to the less known music of the Baltic countries. This, however, is the first time it has taken on such a large project - to present nearly all of Onutė Narbutaitė's major works, including her latest, Symphony No.2 (2001).

Assigned in her youth to the neo-romanticists, Onutė Narbutaitė avoids straightforward links with the music of the past, with imitative or post-modern antitheses. The composer has succeeded in creating her own, truly unique language of music, in which there is no room for either the shackles of formalism, or open sentimentality. [The music] has a delightful Eastern [European] sound, but has nothing in common with the trivial needs for harmony of her contemporaries. A paradox – but it sounds wonderful!
Fono Forum

Onutė Narbutaitė is in constant dialogue with the past and the present, the history, environment, myths and traditions. The past returns to her music as a lyrical reflection of impressions, experiences and memories - which in her chamber music is expressed with subtlety and discipline, and in her symphonic works (particularly her latest Symphony No.2) via more open and visionary gestures.

This last CD in the series is dedicated to Onutė Narbutaitė's symphonic music, performed by the Lithuanian National Symphony Orchestra, with Robertas Šervenikas conducting. The two-movement Symphony No.2 (2001), the major work on this CD, is the most impressive manifestation of the composer's creative philosophy. In the first movement, she constructs a complex symphonic fabric, freely balancing between the musical rhetoric of diverse periods, investing them with tension, contrast and instability, while at the same time skilfully fusing the different languages into a majestic, multi-layered construct. Though the second movement - Melody - lacks the impetuosity of the first, it maintains the same tension and drama. In the words of the composer, "I tried to write music like that of Bach's second, slow movements... It is a pure contemplation on death." And perhaps the loveliest essence of all of Narbutaitė's works, imbued with the majesty of the music of Bach, and with the drama of our times - emotional and stunning.

The fact that the strength and formal clarity of Narbutaite’s inventiveness is not decreasing is wonderfully revealed in her two-part Symphony No.2, completed in 2001. Developed within the form of the composition are two musical principles. The first, twenty-minute-long movement, whose high tension stirs up energy fields, is followed by a melody line fifteen minutes long, resembling an illuminated hymn which one hums to oneself. The energy of the first movement becomes internalized, but does not lose intensity. It is a stunning concept.
Süddeutsche Zeitung

Liberatio (1989) resounds as a disciplined, abstract ceremony of sounds; its only connection to Symphony No.2 is manifest in the instability, nervousness and tension which characterizes Narbutaitė's music. If we were to divide music into that which is more structured (rational), as opposed to spiritual, the latter work would definitely be assigned to the first group. The last composition on the CD - Metabolē (1992) - is yet another materialization of natural beauty and rational mastery, a work akin to a version of uniform transformation, captivating in its compositional perfection and hypnotism. Finlandia Records presented the 4th CD on March 14, at the Aboa musica festival in Turku, Finland, to which Onutė Narbutaitė was invited as a guest composer. Symphony No.2 was performed by the Turku Philharmonic Orchestra, and Opus lugubre by the Chamber Orchestra of the Turku Academy of Music. Five of her chamber works - Poem of Vincas Mykolaitis-Putinas, String Quartet No.2 Open the Gate of Oblivion, Mozartsommer 1991, Winterserenade and Hoquetus - were included in various other concert programs.