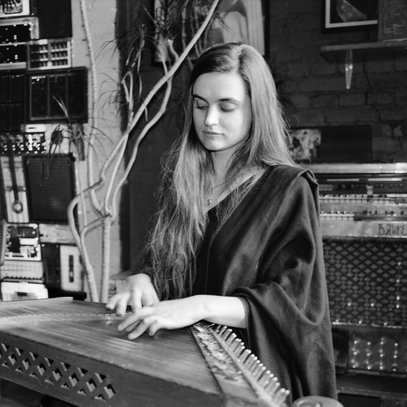 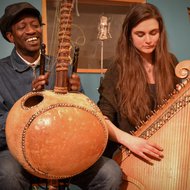 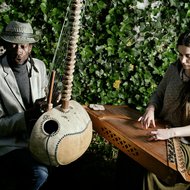 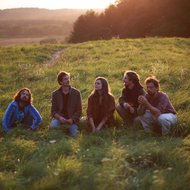 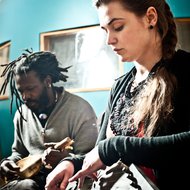 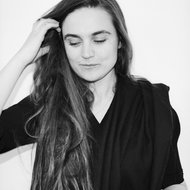 A talented kanklės player and singer, whose music harmoniously combines the traditions of her native land and the soundscapes of various world cultures and contemporary styles, Indrė has been holding a kanklės in her hands since her childhood and, thus, her touch on the strings is naturally soft, tasteful, sincere and organic. The quiet minimalism of Lithuanian folklore and creative improvisation characteristic of Indrė’s music opened the possibilities for a great many successful international projects, including the acclaimed world music band Merope, cooperation with ethnic musicians from Africa MaLituanie, and the duo Solo & Indrė. The multi-talented performer can often be seen appearing in jazz, classical, choral, contemporary or alternative music festivals, playing with important bands, and caught in the whirlwind of new ideas.

Indrė Jurgelevičiūtė graduated from the Lithuanian Academy of Music and Theatre majoring in jazz vocal performance and later studied at the World Music Department of the Rotterdam Conservatory. In Belgium, together with musicians from five different countries she formed a band, Merope, which held concert tours in Europe and Mexico and recorded two albums on the themes of nature – “9 Days” (2012) and “Amaranthine” (2015). In Belgium Indrė is also involved in the alternative jazz project “Book of Air: Fieldtone”, and her work is represented by the art platform “Granvat”.

The consonances of the Lithuanian kanklės are subtly matched with traditional African music in Indrė’s joint musical projects with a famous musician from Mali, Baba Sissoko (MaLituanie), and a Senegalese kora master, Solo Cissokho. In 2015, the duo Solo & Indrė received spectacular recognition, having won the first award at the renowned international competition “World Music Network Battle of the Bands”.

Indrė’s music and songs speak about the human bond with nature and ritual magic that surrounds us in daily life, and offer the listener a gift of soft melancholy and a quiet joy of being. Uniquely and sensitively expressed through the magic sound of the strings of Indrė’s kanklės, all these emotions once again reveal to us the profound meanings that are common to all world cultures.

Austė NAKIENĖ | About Indrė and the Living Nature of Folk Tradition