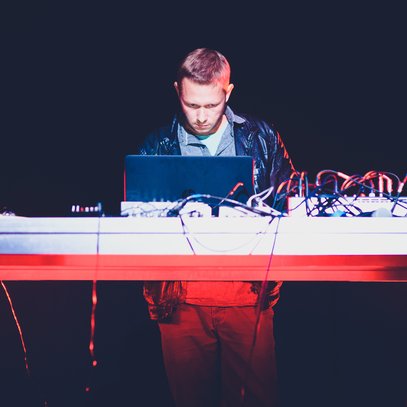 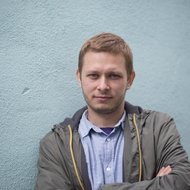 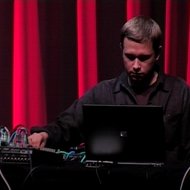 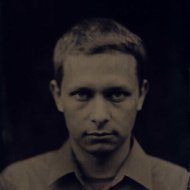 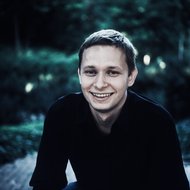 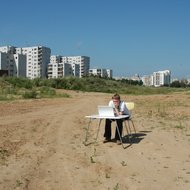 Arturas Bumšteinas is among the most active and multidirectional artists on the Lithuanian interdisciplinary and sound art scene. He often acts not only as a sound and visual artist, but also as an entrepreneur, initiating various experimental collective sound projects and launching publishing platforms. Bumšteinas' sound territory extends from minimal drone tracks and frequency manipulations based on concept play to detailed, subtle electroacoustic compositions where snippets of acoustic instruments blend seamlessly into electronic textures, atmospheres, noises and rhythms.

Arturas Bumšteinas (b. 1982) studied composition with Prof. Osvaldas Balakauskas at the Lithuanian Academy of Music and Theatre which he graduated from in 2007. From 2006 to 2008, he took his chance to participate in several creative residences abroad, including Kunstraum Sylt-Quelle in Rantum, Germany, NEON in Brosarp, Sweden, and one more in the German city of Dusseldorf. He was a lecturer at the Aldeburgh Young Musicians laboratory of contemporary music held in Snape, UK, in 2009. In 2010 he was awarded the prize for the best electro-acoustic work (for Five Songs) at the composers' competition organized by the Lithuanian Composers' Union.

In 2005, the composer founded the laptop quartet Twentytwentyone which has since performed in a number of festivals in Lithuania and abroad, such as Jauna muzika, Audio Art, Holland Festival, Skaņu mežs, Cut and Splice, etc.

Visual arts is yet another sphere of interest for Arturas who took part in almost two dozen exhibitions of modern art in recent several years. In addition, he has presented two personal exhibitions at the Antje Wachs Gallery in Berlin, Germany. G-Lab, the audio-visual duo with the Lithuanian artist Laura Garbštienė, and Ketubah, a musical project carried out with the British composer Max Reinhardt, are among Arturas’ most important undertakings of creative cooperation. In addition to that, he has been in close musical partnership with the British cello player, Anton Lukoszevieze, since 2008.

Bumšteinas and Jasenka Do America