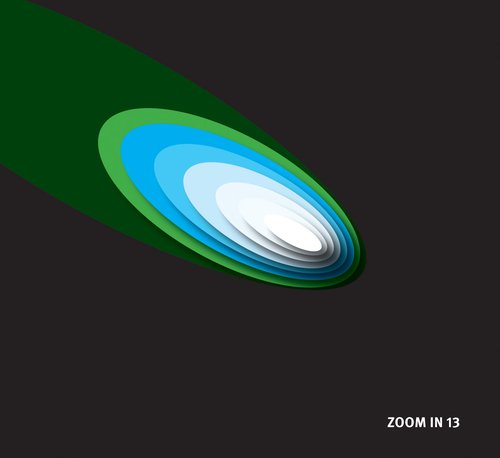 Graphic design: Liudas Parulskis
Just before the end of 2019, Music Information Centre Lithuania launched a new compilation, Zoom In 13, aimed at promoting contemporary Lithuanian music. This release, thirteenth in the series inaugurated back in 2002, features music by six Lithuanian composers, Egidija Medekšaitė, Žibuoklė Martinaitytė, Goda Marija Gužauskaitė, Rūta Vitkauskaitė, Ramūnas Motiekaitis and Albertas Navickas. Those featured here all in their own way seem to be grappling with unknowably large ideas and all-consuming materials, to fascinating ends, preface to the release says.

"As an aesthetic quality, however, sublimity can be a rare encounter these days. In a cultural climate often tooled for short attention spans and easy gratification, experiences of depth and ambiguity feel increasingly valuable. It’s an invigorating jolt, then, to encounter glimpses and echoes of the sublime in the work of a younger generation of Lithuanian composers represented on this CD" (Neil Luck, the British critic of new music).

Strange and grand forces are at play in these works as both subject matter, and acoustic matter. Egidija Medekšaitė’s Sattva, for instance, renders a truly tectonic sonic landscape through the cleaving together of Accordion and electronics. The visceral breaths and wheezes of that almost physiological instrument resonate with a richness that’s hard to take in - it feels unexpectedly huge in scale. Goda Marija Gužauskaitė’s The Perseids is similarly sheer, with the peculiar quality of always being in motion, always seemingly slipping away from a fixed horizon. Maybe it began long before we started listening, and will continue for long after… It’s no surprise that the piece is inspired by the Perseids meteor shower, its astral debris on an ancient perambulation around our solar system. That orbit becomes, in Ramūnas Motiekaitis’ Katabasis, an archetypal descent; not so much as a definitive plummet, but as a continual searching for direction. There’s a strange, writhing instability that feels anxiously evitable, as if we as listeners might be warping its spatiotemporal fabric ourselves. 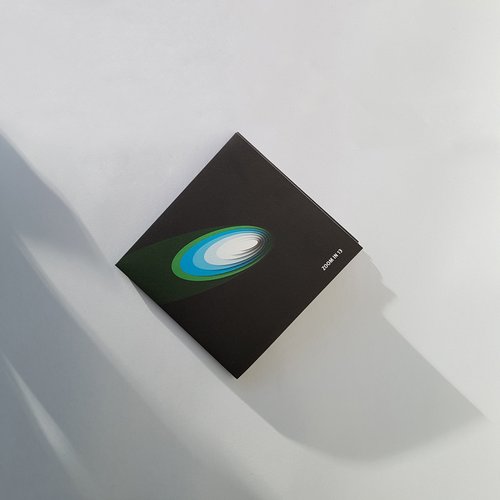 Albertas Navickas’ music has been described as being of “serene melancholy”. This is palpable in Sunrise of the West when amidst the sumptuous, shimmering cirrus clouds of sound, the entrance of Eglė Sirvydytė’s strikingly immaculate voice reaches towards a moment of epiphany. In comparison Rūta Vitkauskaitė and Žibuoklė Martinaitytė’s works feel wild and intuitive in their unrestrainedly ambitious scope. Assuming the form of a classical percussion concerto, in Chrysalis Vitkauskaitė seemingly manages to wrench dreamlike and unearthly sounds from the depths of the instruments’ collective unconscious. Martinaitytė aims, in her music to look for the meaning vibrating in “every atom of this universe”. In Millefleur we’re offered a glance into the minutiae of that fine, tenuously elemental musical landscape.

But when everything is composed of the same atomic units of matter, what does it mean to recompose that matter into musical performances? The collected works on this CD offer a taste of the answer, describing as they do a hazy, condensing, contemporary afterimage of the sublime. It’s music that inspires phantasy, but is also robustly manifest; indeed it’s notable that asides from the distinctly organic integration of electronics in Medekšaitė’s work, the pieces collected here are all acoustic. They all require real people, real instruments to be sounded and to resonate in real spaces. They’re all works that metaphorically and literally cry out into the void (of the concert hall, of your ear canals), and ask us to cry back as sympathetic bodies, as deep listeners, as transforming vessels…

For the first time, Zoom In 13 appears in two formats, a traditional compact disc and on a web player. The CD, sponsored by the Lithuanian Council for Culture, is primarily aimed for customers abroad. The player, sponsored by the LATGA Association, is hosted by mic.lt.