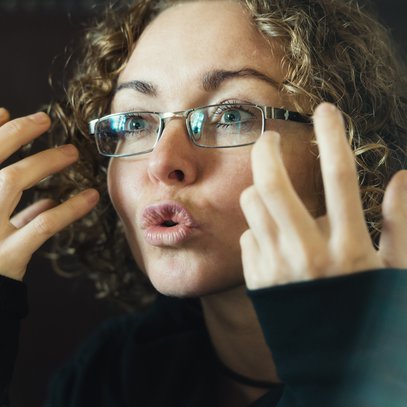 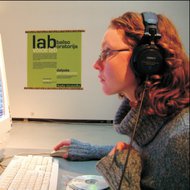 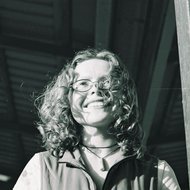 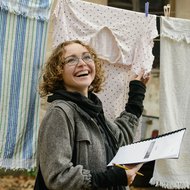 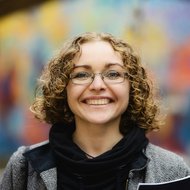 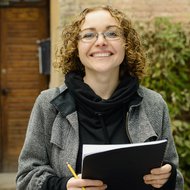 When it comes to her studies, there are at least two important facts in Egidija Medekšaitė’s biography: firstly, she completed her composition studies under Rytis Mažulis at the Lithuanian Academy of Music and Theatre; secondly, she graduated in textile design from the Kaunas University of Technology. She is organically linked to her composition mentor through her research into the microdimensions of music and the ‘digital’ principle, pointing to both the way the compositions are calculated and the use of digital media, while her textile studies have given a strong ideological and structural impulse to her music. The structures of Indian music often find their way into Medekšaitė’s post-minimalist work. All the same, in listening to her music it does not seem that it is constructed on strict structuralist principles, rather, it sounds like an hypnotic, ambient flow of sounds, flowing through forms in space.

Egidija Medekšaitė (b. 1979) studied composition with Rytis Mažulis at the Lithuanian Academy of Music and Theatre, graduating in 2007. In 2003 she took part in the Programme of Composition and Music Technology in Tampere (Finland). In 2004 she attended master classes in Istebna (Poland), Dundaga (Latvia) and the Acanthes Composition Workshop in Metz (France), where she studied with Jonathan Harvey, Philippe Manoury and Martin Matalon. In 2006 she studied at the Stuttgart Academy of Music with Marco Stroppa and Caspar J. Walter. The composer participates in various interdisciplinary projects, writes music for dance performances and movies, her music is constantly performed in contemporary music festivals in Lithuania and abroad.

Many of her compositions reflect the composer’s two long-standing creative interests – the connection between textile patterns and musical structures, as well as a focus on the ideas of classical Indian culture, the sounds, modes and states of its music. Practically all of Medekšaitė’s compositions written after 2005 are grounded in the technique she discovered of mapping textile patterns onto musical parameters. The initial formula is fixed in the form of geometric textile patterns; the white and black grid cells (the warp and the weft) determine sound parameters like pitch, duration, dynamics or timbre. Later, this principle of the mapping of patterns is combined with various other compositional techniques, like, for example, serialism, minimalism, microtonality or stochastic composition. The composer says that almost all of her compositions can be titled ‘textile’ – even those that have been given a more individualistic name. As mentioned, the composer not infrequently draws on Hindustani musical traditions for her aesthetic and technological inspiration – this is evidenced by the names of her compositions (often using the name of a specific raga), invoking modes or the colouring of this music recreated using Western instrumentation, such as characteristic drones.