Arvydas Malcys is now the seventh Lithuanian composer on the catalogue of the Naxos label, after M. K. Čiurlionis, Balys Dvarionas, Vytautas Bacevičius, Feliksas Bajoras, Osvaldas Balakauskas, and Onutė Narbutaitė (the CDs of music of the latter four were produced in collaboration with the Music Information Centre Lithuania). In the CD Baltic Inspiration, released in the end of 2019, it is the only one Latvian composer Pēteris Vasks (with his Piano Quartet) who keeps him the Baltic company there. 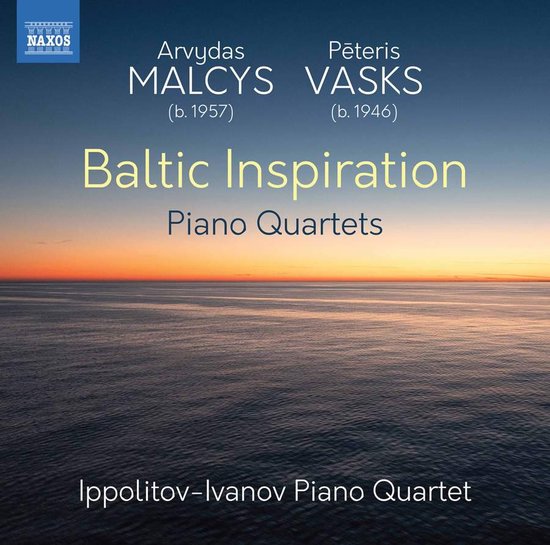 As many as three opuses by Malcys are included in the CD. This is how the composer and his works are presented in the album sleeve notes:

“Instrumental music constitutes the most significant portion of Malcys’s sizable output. In many of his works, the attributes of absolute music accord well with their frequently expressionistic imagery and a sonic poetry which is often reminiscent of impressionism; along with a feeling for neo-Classical forms, a penchant for colourful textures and specific sound effects. Possessed of a resourceful and discriminating ear, he has taken considerable interest in those timbral possibilities of instruments when heard in their different registers. Familiar with the idiosyncrasies of numerous instruments, Malcys often manipulates their expressive possibilities, shaping them so they serve as strongly defined personalities and theatrical characters. His music is fraught with ironic and sometimes grotesque contrasts.

Blackthorn Eyes hesitantly comes into focus with fractured sound on each instrument, gradually coalescing into a cluster from which the piano leads off with a resolute gesture that is answered more tentatively by the strings. Gradually these exchanges become lengthier until strings assume the foreground with a subdued and chorale-like theme as decorated by piano—gaining in activity before opening out into detached gestures. There follows a lively passage in which syncopation abounds though the ‘chorale’ once again intervenes, then the livelier idea is resumed on the way to a raucous climax that proceeds to vanish as if into nothingness.

Hyacinth of the Snowfields commences with a commanding motif played by the strings in unison, the piano countering with a hardly less forceful idea before the music heads into calmer and more expressive territory. There follows a resourceful while always eventful development of these ideas, whether individually or in combination, whose rhythmic impetus is countered by ardent melodic lines. At length the music dies down to laconic gestures and ostinato patterns shared between instruments, duly falling away to leave the piano sounding ruminative against sustained string harmonies. A stealthy emotional upsurge brings about an incisive conclusion.

Milky Way opens much as Hyacinth of the Snowfields left off, with lively if detached phrases on strings and dancelike gestures on piano, though more sustained harmonies are also apparent from the upper strings. The underlying motion intermittently relaxes yet rarely for long, with the initial manner continuing to motivate as it unfolds, though a yearningly expressive quality latterly takes hold in which the cello is to the fore. This seems to clarify the tonal direction of the music once it resumes its lively course, now continuing unabated towards a heady culmination which brings this work to its decisive yet rather peremptory close.” (Richard Whitehouse)