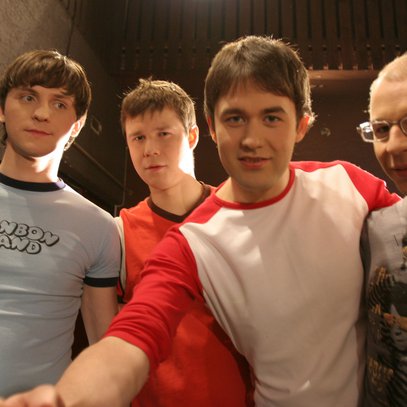 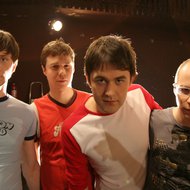 A favourite in the Baltic alternative circles for several years now, Brainers is a band which comes from the city of Šiauliai – dubbed ‘Lithuanian Manchester’ for its lively indie music scene. Having chosen a not necessarily rewarding path of playing britpop in Lithuania,  these four guys have been performing since their school days. Brainers became popular with the rock club crowd quite early in their career but it took them some time in the studio to achieve the sound they were really happy about. Mixed by British ‘eMasters’ company, Brainers’ first album Disco Balls was released in 2006. The CD features 11 shiny britpop songs – quite unusual stuff for Lithuanian market. With hints of Oasis and The Kinks, Brainers wear their British influences proudly on their sleeves. Their charm is not limited to Lithuanian audiences – Brainers are paving their way to the Latvian scene, playing club and festival gigs.

BRAINERS began their activity at the end of 1996, when Paulius and Jonas, pupils of a secondary school in Šiauliai, decided to set up a rock band. Later they were joined by Paulius’ brother Andrius (bass guitar), Marius (guitar) and Darius (percussion). Jonas chose to play the guitar, Paulius decided to go for the vocal. Together they gave concerts in various schools and clubs in Šiauliai, Kaunas, Kretinga and Vilnius. In the autumn of 1999 several of the group’s members left the band.

Having found himself alone in Šiauliai, Paulius began to play the guitar. Before long he happened to meet a promising bass player Evaldas, who, in the words of close friends of the band, used to hang around at home with piles of scores; he played complex compositions by Metallica and regarded the brit-pop style cultivated by Brainers with scepticism. However, Paulius talked Evaldas into trying to play in a band of a somewhat different style. Jonas and Darius, who would come to rehearsals only on weekends, soon made friends with the new bassist and allowed Paulius not only to sing, but also to play the guitar. The rehearsals would last long hours, making all Brainers inseparable friends and helping them to avoid the fate of other underground groups in Šiauliai.

This is how the unending journey of Brainers around Lithuanian clubs, cities, large stages and back stages began. In the spring of 2002 Bomba Records offered the Brainers song “I feel” to Lithuanian radio stations, but many of them wrote it off as “off format”. At the end of 2004 the songs by Brainers “Superman” and “Words” were included in the collection “Pop Makes Me Sick” released by Zet Records. In 2005 Brainers played during the Rock Nights, visited quite many Lithuanian clubs, and dedicated their attention to recording their debut album, whose final stage was completed in London (as is appropriate to performers of British music). The album was presented during a concert tour in all major Lithuanian cities.