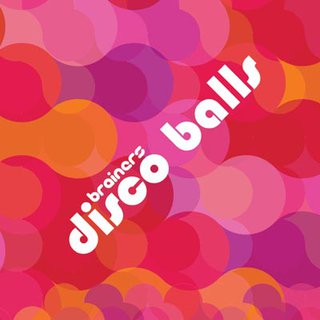 The debut album “Disco Balls” contains 11 songs of the “brit-pop” style. These guys do not cry into the mike, do not sing about how bad life is or how vicious bureaucrats are. Everything is true, live and interesting... like it was in the work of one legendary quartet from Liverpool... The quality of recording is also not Lithuanian. Having recorded the instrumental parts in the studio in their native city, the Šiauliai band trusted the final mastering of the CD to the people who dig rock and roll better than anyone else in the world – the British. The British company “eMasters” that has worked with such well-known names as “Stereophonics”, “Simply Red”, Robert Plant, “The Casuals” and many others, agreed to make the final mastering of the debut album by Brainers and undoubtedly gave it some authentic British sound.