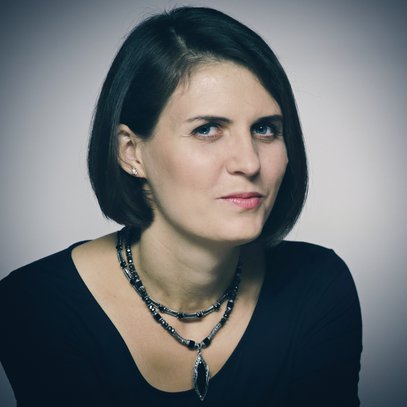 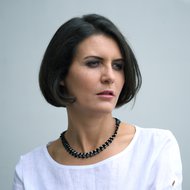 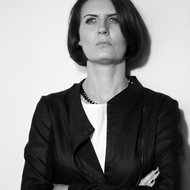 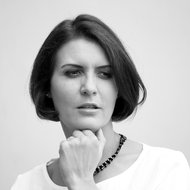 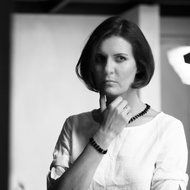 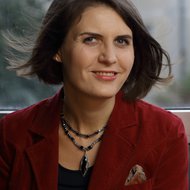 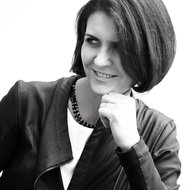 Raminta Šerkšnytė’s music is distinguished by its poetic nature, powerful emotional impact and its one-of-a-kind beauty created by Baltic mysticism and melancholy. The search for and coexistence of archetypes from both Western and Eastern cultures, and the fusion of major and minor are inherent in her music. Raminta seems to draw the audience into a broad range of emotions, from meditation to dramatic expression. Her main artistic inspiration is the universal rules of harmony in nature with its metaphorical comparison to the archetypical states of the human mind. “My connection with Raminta Šerkšnytė’s music is very personal. Probably what fascinates me most is the poetic quality and the mystery of this composer and her work. The “Ramintacism”, the minor thirds. Her personal voice. This voice is also of the highest value in an international context, and her music deserves to reach the widest possible audience,” said her compatriot Mirga Gražinytė-Tyla, principal conductor of the City of Birmingham Symphony Orchestra (CBSO).

zoom in 5: new music from Lithuania - Mountains in the Mist

X
zoom in 5: new music from Lithuania - Mountains in the Mist

Raminta Šerkšnytė (born in Kaunas, Lithuania, in 1975), a laureate of the Lithuanian National Prize for Culture and Arts, first appeared on the musical scene in the 1990s. Today she maintains her position as one of the best-known Lithuanian composers of recent times. Her De profundis for string orchestra, which maestro Gidon Kremer described as “the calling card of Baltic music”, has became one of the most often performed Lithuanian compositions across the world.

Raminta Šerkšnytė’s music is distinguished by its poetic nature, powerful emotional impact and its one-of-a-kind beauty created by Baltic mysticism and melancholy. The works have a broad range of emotions: from meditation with hints of mystery to outbursts of vital energy, though poignant Sehnsucht is predominant throughout. Raminta Šerkšnytė has created her own composing system and called it the “fusion of major and minor”. In her music she fuses classical, Lithuanian ancient folk and avant-garde music languages. The search for and coexistence of archetypes from both Western and Eastern cultures are inherent in her music. The nature and the archetypical states of the human mind are her main inspirations.  Of her craft, she states: “Composition is an uplifted state of mind materialized by means of sounds, though its impressiveness depends on the composer's technical mastery.”

Raminta Šerkšnytė’s oeuvre is rich and versatile. She is distinguished by her fluency within several styles – from pure melodically-grounded compositions (cantata-oratorio Songs of Sunset and Dawn) to conceptual complex instrumental works (Vortex for violin and ensemble). Her creative output ranges from large-scale opera (Five Miracles of Mary), multimedia projects (Gloria) to intimate chamber works (Fantasia for piano) and pieces for young audience (Fairy-tale of the Little Prince for flute and orchestra). The best known are her orchestral compositions (De profundis, Midsummer Song, Iceberg Symphony, Fires), where subtle, synaesthetic colourful orchestration comes together with a dramatic, mighty and virtuosic sound.

In 2008, Raminta Šerkšnytė was awarded the Lithuanian National Prize for Culture and Arts (the highest artistic distinction in Lithuania). She is also a winner of the composition competition Le Coup de Coeur des Jeunes Mélomanes (the Prince Pierre Foundation, Monaco, 2011). In 2020 she was nominated for a Gramophone Classical Music Award. In 2005 she was a finalist for the Gaudeamus International Composers Award (Amsterdam). Her other awards and commendations include the Golden Stage Cross (recognition as the best Lithuanian theatre composer in 2005) and many other prizes. Raminta Šerkšnytė’s music is included in releases by Nonesuch, BR-Klassik and Music Information Centre Lithuania. In 2019, Deutsche Grammophon released her CD to much acclaim.

Raminta Šerkšnytė initially studied piano and later composition (under Prof. Osvaldas Balakauskas) at the Lithuanian Academy of Music and Theatre and also in various masterclasses abroad. She lives and works in Vilnius, Lithuania.

Raminta Šerkšnytė in the Vortex of Natural Cycles