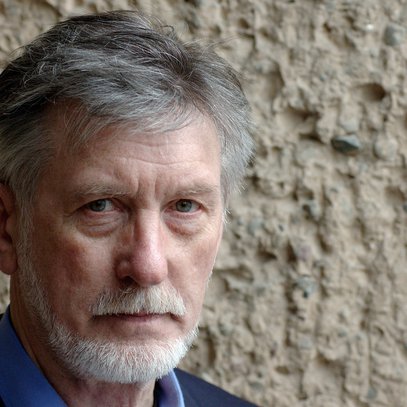 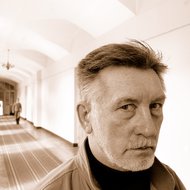 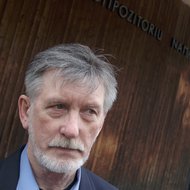 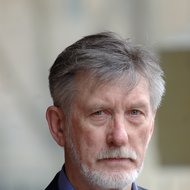 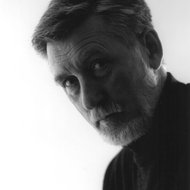 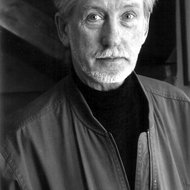 ‘Modernism is losing ground as a revolution, as a denial of tradition par excellence. [...] It can be said that I reject the principles and techniques of avant-garde music, as I have already tried them and know how this kind of music functions,’ asserts Osvaldas Balakauskas, a winner of the Lithuanian National Prize and an individual who has been at the pinnacle of modern Lithuanian music since the mid-1960s, as well as being one of is most remarkable composers and leading authorities. Balakauskas has had a great influence on several generations of composers: not only because of the spell cast by his music, but also as a teacher of the secrets of composition. Balakauskas is one of the most prolific Lithuanian composers; his oeuvre includes five symphonies, more than ten concerti, a chamber opera, a ballet and numerous other works, which are mostly chamber instrumental compositions. He has also distinguished himself as an insightful and accurate music critic and theorist.

Vilniaus Arsenalas. The Reflections of Space and Time 2 - Duo concertante

zoom in 2: new music from Lithuania - Symphony No.4

X
zoom in 2: new music from Lithuania - Symphony No.4

Osvaldas Balakauskas (b. 1937) trained in the music faculty of the Vilnius Pedagogical Institute (1957-1961), and later studied composition under Boris Lyatoshinsky at the Kiev Conservatoire (1964-1969). Since 1972 he has lived in Vilnius. From 1988 to 1992 he was a member of the council of Sąjūdis (the Lithuanian independence movement). From 1992 to 1994 he served as Lithuania's ambassador to France, Spain, and Portugal (residing in Paris), the first after 50 years of occupation. From 1988 to 1992 and then from 1994 to 2006 he was head of the composition department of the Lithuanian Academy of Music and Theatre. Balakauskas was awarded  the Lithuanian National Arts and Culture Prize in 1996, and decorated with the Order of the Grand Duke of Lithuania Gediminas (3rd class) in 1998. In 2012, in recognition of his merits supporting  cultural dialogue, ethnic and religious tolerance in Lithuania, Balakauskas was awarded the badge of honour ‘Carry Your Light and Believe’ by the Lithuanian Ministry of Culture.

In 1997 the Academy of Music in Kraków published a collection of essays W kręgu muzyki litewskiej (Within the Circle of Lithuanian Music), which included the first publication of Osvaldas Balakauskas's theoretical study ‘The Method of Progression by Fifths’, the first of four parts comprising his ‘Dodecatonic Modal and the harmonic possibilities of the equally tempered 12-tone scale.’ The same part was reprinted in the book Osvaldas Balakauskas. Music and Thoughts. Published in 2000 by Baltos lankos, Vilnius, this comprehensive collection of articles, interviews, and essays is dedicated to the personal, musical, and literary output of the composer. To date, Osvaldas Balakauskas has a discography which spans 6 portrait CDs of his music.

Osvaldas Balakauskas belongs to the rare circle of composers whose ambition is the creation of their own precise musical system. His career has been significantly influenced by his period of study in Kiev in the 1960s, as well as the Ukrainian avant-garde of the time. His fascination with Stockhausen, Boulez, Xenakis, and especially Webern and Messiaen dates back to those years.

His technique of composition developed in two directions. Firstly, moving towards a specific serialism where the series is merely a regulator of transpositions, so that the question of what is being transposed becomes central. For Balakauskas, a group of tones, a chord, a group of chords, non-traditional scales, or even a fragment of already written (stylistically recognizable) music may serve as an object of transposition towards new diatonicism by exploring 8, 9, 10 and 11-tone diatonic systems within their inherent structure. This is elaborated in Balakauskas's theoretical study Dodecatonics, the first part of which was published by the Academy of Music in Kraków.

Secondly, the system produces new harmonies (particularly with octatonic and enneatonic patterns) in combination with the rhythmic systems, originating from Blacher. generating a peculiar, intriguing sound-climate, which is recognisable as ‘Balakauskian tonality.’

FEATURE. Osvaldas Balakauskas: an Enthusiast Modernist in the Times of Post-modernism