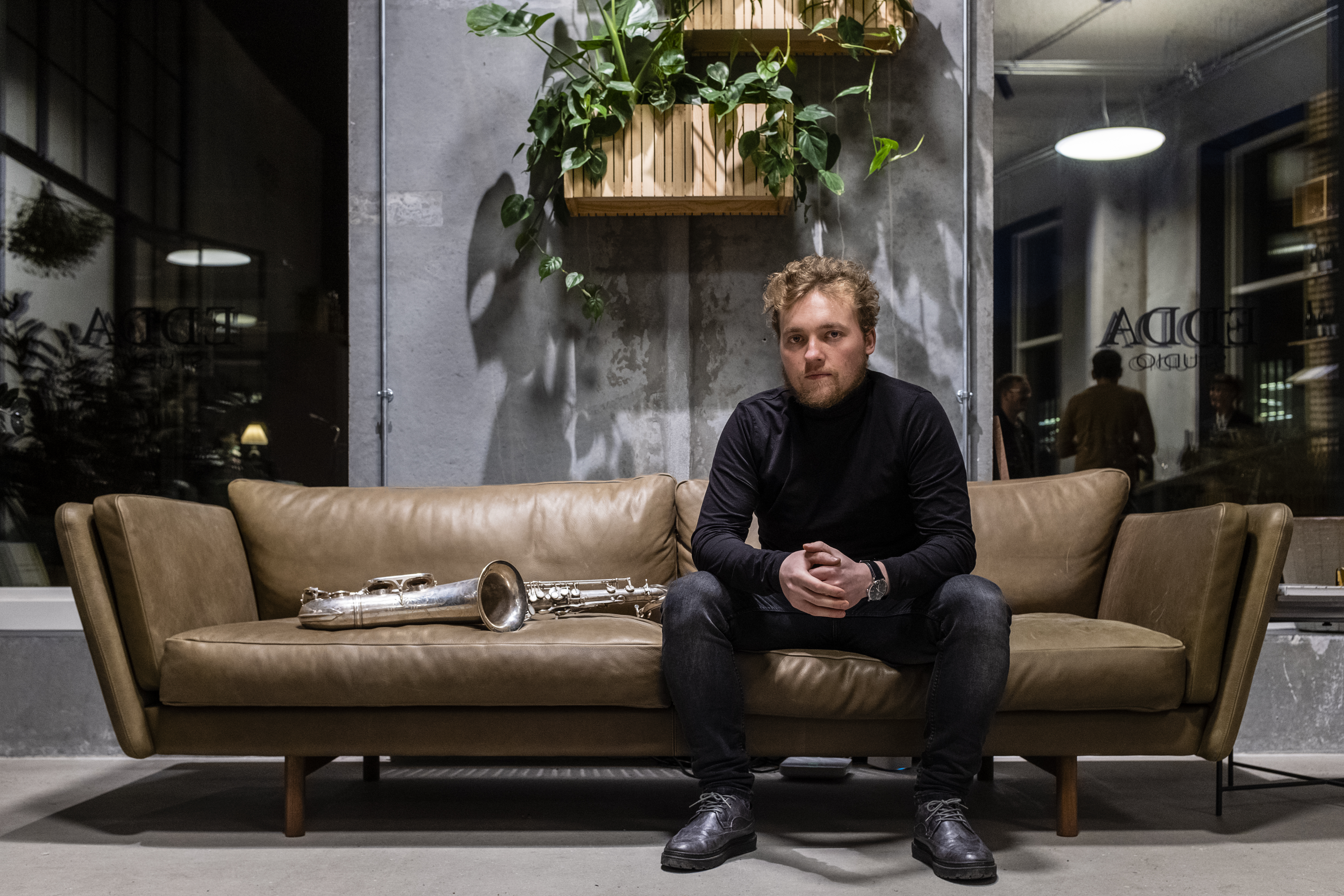 Music has been with him since he was bewitched by a saxophone on TV, and jazz since he danced to Louis Armstrong in his living room. He has been on the Lithuanian and foreign scene for over ten years, and now saxophonist and composer Donatas Petreikis presents the first albums of his work, Another Spirit and One Way, which will be released at the beginning of next year. Both albums denote different stages and higher creative ambitions. Below, Donatas contemplates the primary inspirations that paved the way for him from Barstyčiai to Copenhagen; about the sense of music as a whole, illuminating connections between different currents of jazz with Baltic and Scandinavian elements. And about how to unlock music.

Not everyone can unlock music, and there isn't always a key. I can try to explain my composition, but I can also leave questions unanswered and write down only as much as is really necessary. If the music works, it will work by itself. No matter how much I create, reveal, analyze or add, the music will either affect the listeners or drown them. As long as there are people who do listen, who unlock my music with their own keys, that's enough.

BEGINNING OF THE ROAD

I grew up in a small town, Barstyčiai, and lived there until I was sixteen, surrounded by nature. When I was eleven, I found the first jazz album in the house, a compilation of Louis Armstrong’s best songs that belonged to my brother. After listening to it, I rushed to look for something similar. I listened a lot - to both good and very bad music. I didn’t understand most things. For a time I thought Kenny Garrett and Kenny G were the same person and wondered how he could play such different music! But I was really hooked - I was listening to Art Farmer and Benny Golson, Curtis Fuller. I even brought my dad to the living room, who didn’t listen to jazz anyway, and said, “Listen to how unbelievable this is!” He wasn’t convinced.

I was also fascinated by the saxophone from a young age, although I’d never even seen it live, only on TV. It was something of a mystery - and still is to this day. How does sound come about? Why is it so different? How to control it? It seems that exploring these questions is a lifetime’s work.

I rejected folk music when I was younger. Jazz seemed the only direction to go. At that time, I didn’t yet feel the connection that unites folk and jazz. Now I see how elastically these genres are connected. Now, more and more, I hear all music as a whole. Jazz has a lot of folk motifs and vice versa. For example, the Scotsman Matt Carmichael recently released a jazz album with folk inspirations, and jazz musician Michael Beckett recorded a stylized Scottish folk tune with a folk fiddler.

I myself am touched by folk from all countries. As a result, I chose to create a seven-part suite based on folk music motifs from seven countries - Baltic and Scandinavian. All of the heard melodies will sound processed and arranged for jazz instrumentation. As if dressed in the clothes of Scandinavian jazz. 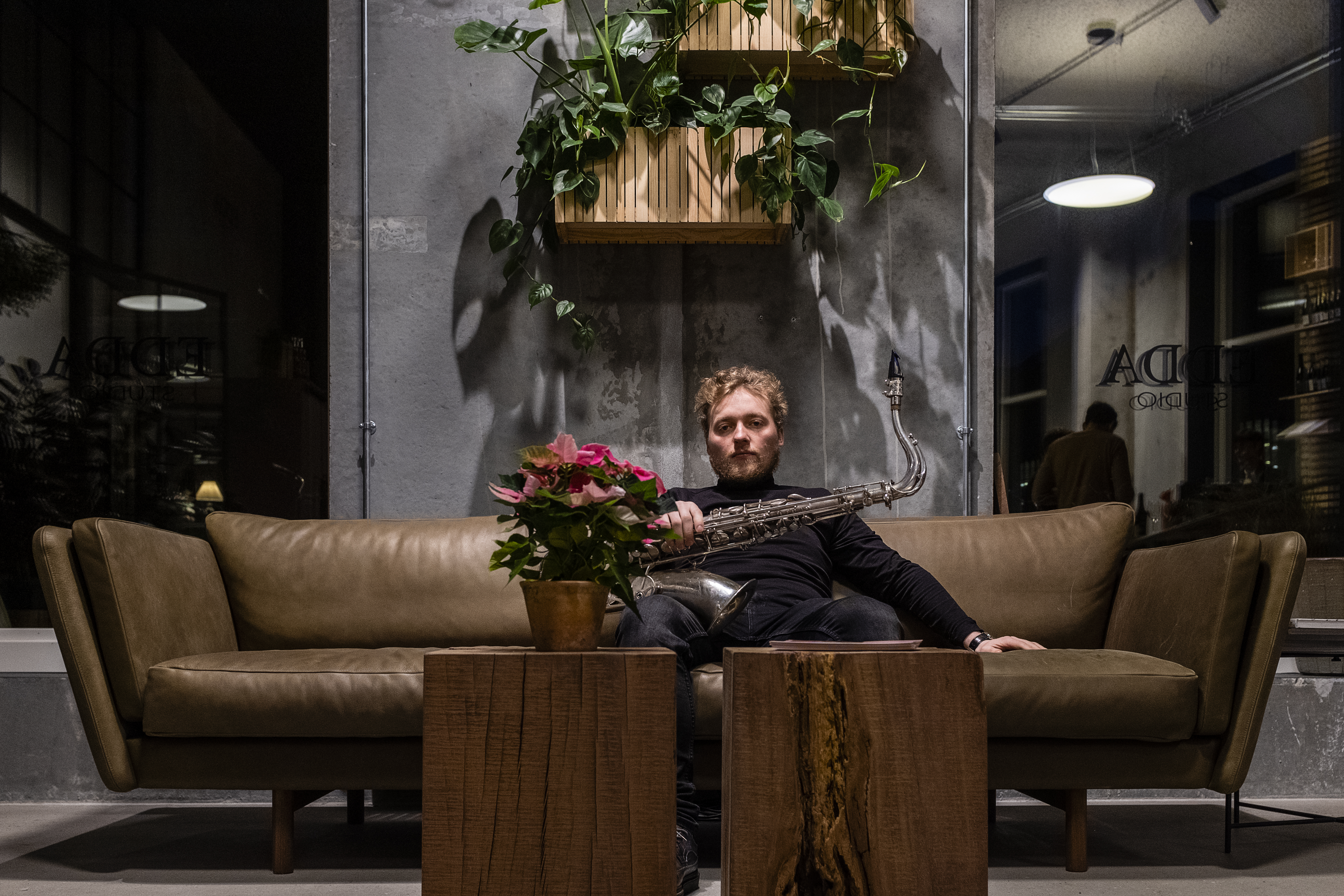 My debut album Another Spirit slowly appeared in this world during the pandemic. At that time, some of my musician colleagues took a break, others rushed to reflect - what will happen? What is the importance of music? Does anyone need it at all? Do I need it?

There are all kinds of thoughts, all kinds of periods. Sometimes you practice for six to eight hours a day, sometimes you take a break and don’t play for several days. But it never occurred to me to change course, to end it. Music would be hard to erase from my life. Although I don’t see myself as a creator or performer - I am me. But I can only say I love music very much. To listen, to perform, to create.

Composing music adds balance to the constant practice as a musician. For me, composing is like a slow refined improvisation that you can fix when you come back to it the next day. It is not possible to write down a piece in one go. I try to devote time to composing every day - about an hour, sometimes more, and sometimes I don’t write and leave it as it is. Still, in total, the piece appears in a good six hours. My creative model is to create longer themes that can be combined, expanded and improvised.

My compositions stand out for their melody and simplicity. Melody is the most important element for me. If it’s clear, it dictates a lot of other musical aspects. When you dig into it, everything sounds more organic, more connected. Simplicity is another value of mine. I try to constantly remind myself - don’t overload, don’t  exaggerate. Write as simply as possible.

In my music I talk about abstract things - changes, personal growth, small experiences, sad and happy. These are universal things that many people experience. Because of this, I try not to get bogged down in technical nuances but capture what I feel so I can convey it to others so that they can feel the same. 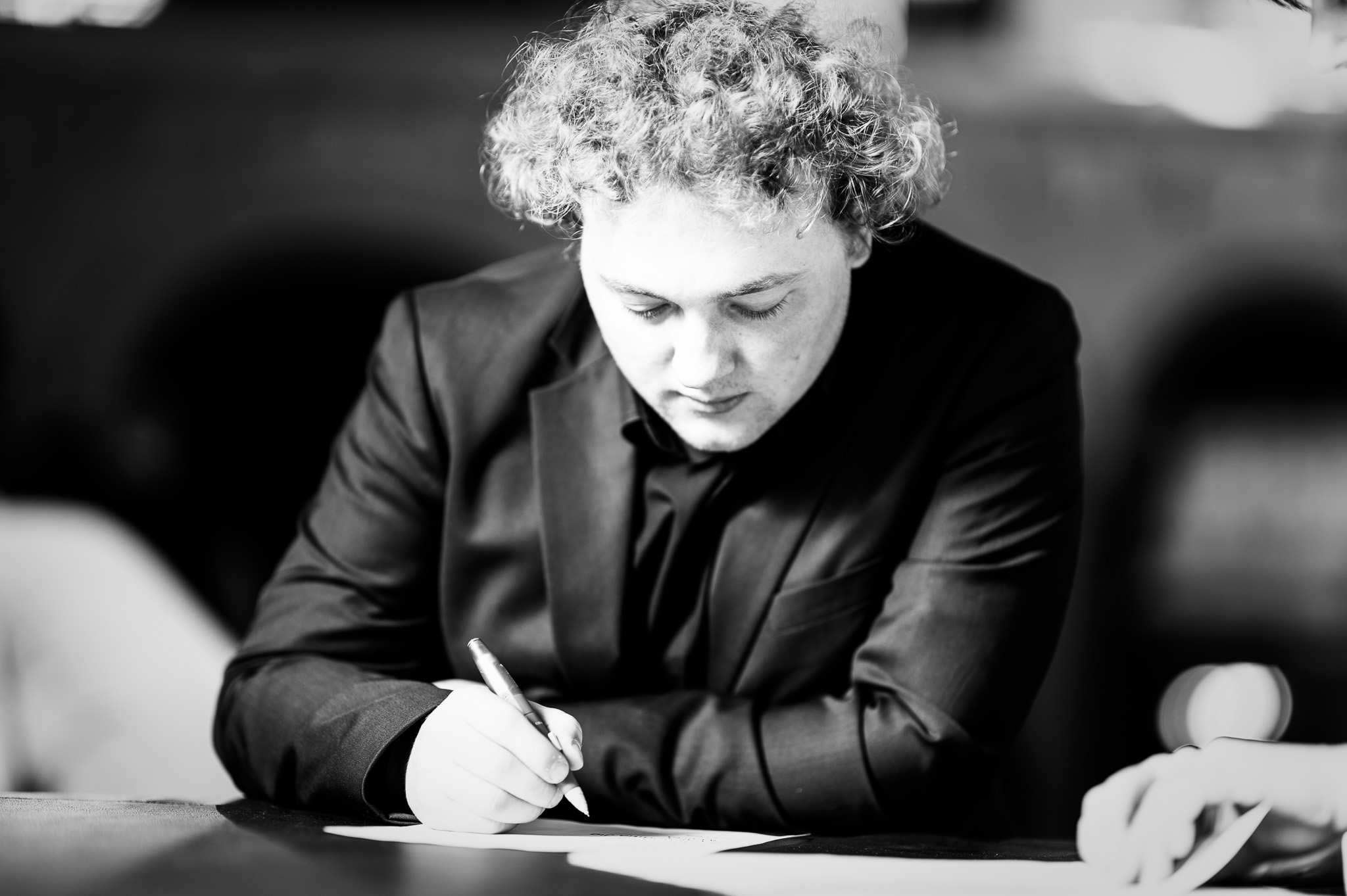 As a result, the creative process of the debut album Another Spirit was slow and deliberate. I decided in advance how many pieces I wanted to write and how long they would be. I spent as much time as I needed.

I recorded the album with friends - people who I’ve been playing with for a long time, who understand me, try to help, get deeper. It was recorded in one session. For improvisational music, it’s important to keep it fresh, to rehearse to a minimum. It makes everyone feel energized, makes it interesting to play. Then creativity takes place during the performance. We recorded it in six hours, including the arrival, coffee and jokes. It was important to distribute the energy, because staying focused for six hours is a tiring process.

The essence of the album Another Spirit consists of the intersection of two jazz currents - mainstream and Scandinavian jazz. The idea was to show them both because I like them equally. However, it can be said that Scandinavian jazz “won” in the finale, because we recorded many mainstream jazz pieces that remained unused, I couldn’t find a place for them in the album.

In Denmark, both currents are widely separated. Many mainstream jazz musicians who played in America in the 1950s and 1960s returned there in the 1970s - where Scandinavian jazz was born, which is even difficult to describe in words. It differs from the American branch, as the pace of life and culture of the countries differ. People play as they communicate. You can’t run away from the environment, just as you can’t run away from yourself.

In Denmark, you can experience all this richness of jazz music directly. Especially in the summer, when one of the biggest jazz festivals in Europe takes place in Copenhagen. There are jam sessions in the city from morning to night. It can be said that on these days, Copenhagen becomes a real centre of jazz.

The fact that the strongest jazz collaborations can be born in Denmark is perfectly illustrated by the origin story of my second album One Way.

It started in January - a dark and sad month. I wanted to motivate myself somehow. I that knew I always wanted to record a hot bop swing, a bebop album. I just didn’t have the guts to do it.

That January, I called the best musicians I knew. First Anders Mogensen, who I always dreamed of recording an album with. “No problem, tell me when,” was his response. Then I called an amazing pianist from Poland, Artur Tuźnik. I told him, now feeling more courageous, “Anders will play!” He agreed. The third musician was double bassist Jakob Roland Hansen. The drummer Anders Mogensen had played with Jerri Bergonzi, Georg Garzon, Dave Lybman, Bob Berg, Walt Weiskopf, Hans Ulrik - I can’t even list all the artists he’s recorded with. I’d rather not even know. Such company I gathered for the second album!

It motivated me to improve. I had only a few months to write the music. I applied the compositions to the performers - their style, their specific ways of playing. I also added a bit of Lithuanian melodiousness. The music was designed to work, and to work fast. The musicians received the same scores - one or two sheets per piece. The same basic references, only the main themes. I was even wondering if it would be too simplistic for such players. But Anders Mogensen, after seeing the notes, said jokingly: “Well, you finally understood how to write music.” Then I realized that this was the right direction. No extensions needed. What is, must be.

We recorded without any rehearsals. As I didn’t tell the musicians what the pieces were about, they were able to express themselves and what they thought about one or another musical theme through their improvisation. What it meant to them personally. In this way they were talking to each other. It looked like we’d met in the studio while playing to discuss topics that we’d never talked about, to add our ideas and opinions. And anyone listening to the album can take away other things - their own meaning.

I can’t reveal anything more about this album for now. It will be released only in six months. Just let me say that this is my best work so far.