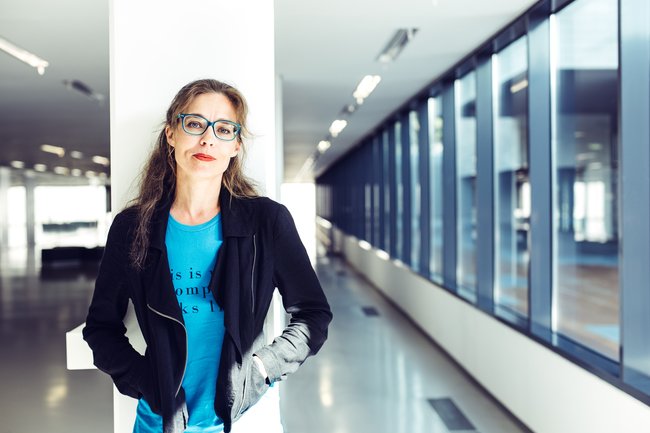 On 8th April Žibuoklė Martinaitytė, a Lithuanian composer based in New York, discovered that she had been named as a fellow of the John Simon Guggenheim Memorial Foundation. “I’m not able to find the right words to express my feelings. The context of the fellowship is breathtaking, it’s an intensely competitive environment that stifles expectations, and suddenly the news about this exceptional recognition…”, comments the composer who has entered into the highest circles of the fellows’ society which includes many famous US composers such as John Cage, Morton Feldman, Meredith Monk, Steve Reich, Laurie Andreson, Davin Lang, Michael Gordon and others.

The John Simon Guggenheim Memorial Foundation has been granting these Fellowships since 1925, awarding them to scholars and artists in the fields of natural sciences, social sciences, humanities, and the creative arts based in the US and Canada. There were 3000 applications and only 175 of them received recognition. This represents a success rate of only five percent, and Martinaitytė made it on her second attempt. “Some artists keep tirelessly applying for a few or even many years in a row, their attempts can take decades. I reflected critically on the mistakes from my first application and, after eliminating the weaknesses, I tried again”, says the composer. 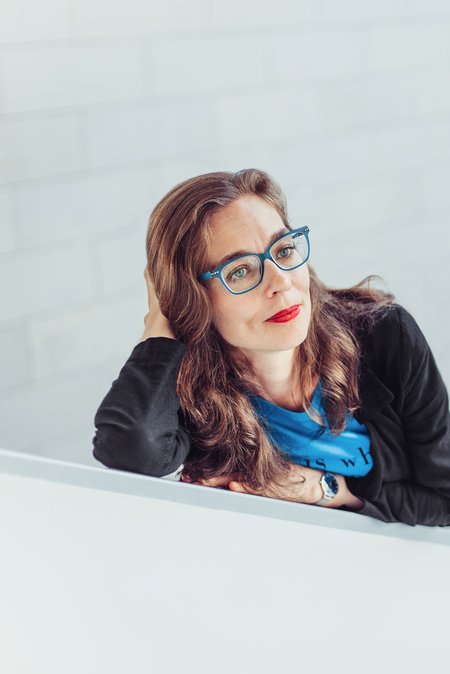 Photo: Tomas Terekas
Martinaitytė recognises that not only it is important for the applicants to have a representative list of commissioned and performed pieces, which is usually the focus of composers, but also to document the creative outcome and provide “evidence” for it. “High quality recordings, professional music releases, physical formats, reviews in the media – preferably from international outlets – all of this makes a big difference and I think that this aspect of my application was one of the main reasons the committee decided to award me the fellowship this time round”.

The Guggenheim Fellowship is given to scholars and artists living in the USA and Canada who have already demonstrated their exceptional creative capacity and ability for productive work in their fields. “These grants are not aimed at students or promising newcomers, they are awarded for previous achievements and creative potential to advanced, mid-career professionals”, says the composer.

“It is a very serious honour and a significant achievement. This grant has a well-established reputation not only for its impressive financial element, but also for the calibre of previous winners, and the impact it has had on the development of the arts and sciences. It is very widely known, the names of the fellows are published in The New York Times, and its importance is even felt by those who are not interested in arts and sciences. It has made its way into the American consciousness over the century”, Martinaitytė explains.

Martinaitytė, who has lived in New York for a decade now, is also glad that this award can be seen as a recognition of the city. “They say, that one has to live here for at least a decade in order to become a real New Yorker, but nevertheless in my application I mentioned that I am a New York-based Lithuanian born composer, because the connection to Lithuania has never been broken, I regularly come back and a large part of my music is performed here”, says the composer.

“My road to recognition in the USA wasn’t easy, primarily because I didn’t complete my studies here. So, I didn’t belong to the naturally formed academic social networks and existed separately. For instance, it was a real challenge to get four strong references from the locals. These references don’t have to be formal, they have to be authentic, genuine and comprehensive, because the (anonymous) committee may get in touch with the referees at any point to verify their authenticity”, comments the composer. 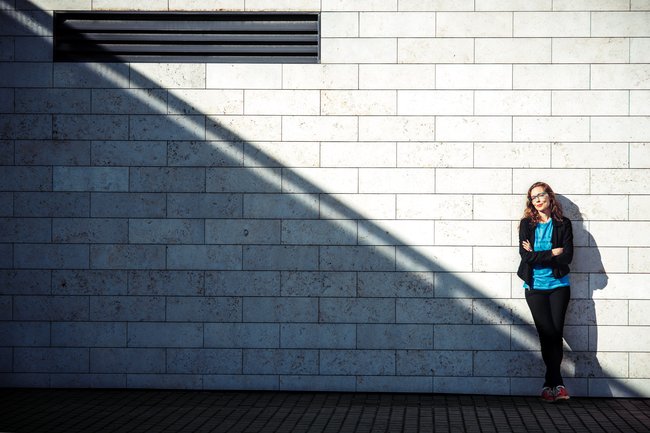 Over more than a hundred years the John Simon Guggenheim Memorial Foundation has granted more than $375 million in Fellowships (an average grant is around $45,000) to over 18,000 individuals, among whom are scores of Nobel laureates, Fields Medalists, winners of the Pulitzer Prize, the Turing Award, and many other internationally recognized honors. “When they receive this grant, many artists and scientists realise their most utopian ideas and dive into long experiments that otherwise wouldn’t have been possible, and the results of which would probably have never seen the light, because they entailed too great a financial risk”, says Martinaitytė.

In any case the Guggenheim Fellowship is a cultural heavyweight, it is very influential in the development of the arts and sciences, and in the directions of their growth. The entire history of American experimental music is marked by this fellowship. George Antheil, Henry Cowell, Harry Partch, John Cage, Morton Feldman, George Crumb, Luciano Berio, Meredith Monk, Pauline Oliveros, Conlon Nancarrow, Steve Reich, Terry Riley, La Monte Young, Laurie Anderson, David Lang, Michael Gordon and other prominent composers have all received this award. 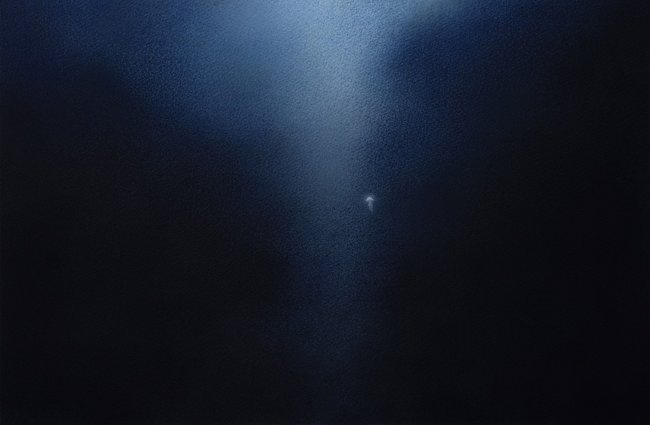 The depth of the ocean. Photo: Elicia Edijanto
Upon receiving the fellowship, Martinaitytė committed herself to composing, performing and recording an almost hour-long piece in one year. Although having to complete the project in a defined amount of time sounds like a limiting factor, the composer sees it as a great freedom. “This is a chance to realise my most secret creative wishes, which arrive from within and do not depend on any commission, to cover all production costs, to be in charge of the situation. After all, freedom is responsibility”, says the artist.

In her previous long piece, In Search of Lost Beauty…(2016), she was looking for this elusive subject. This time Martinaitytė is going to approach the depths, searching for the darkness, profoundness, and exceptional experiences. The subtitle of her new piece reads In Search of Depth… and it was inspired by the deepest area of the ocean, which begins at the depth of 6km and is called the Hadal Zone. “The scientists define the zones by depth and the level of light transmission. The darkness gradually intensifies during the journey down through the five zones. I would like to recreate exactly this process of a descent into the depths of the ocean with sounds”, explains Martinaitytė.

In Hadal Zone she intends to combine electronics with live low range instruments: tuba, contrabass, bass clarinet and percussion. Their low frequencies can no longer be differentiated precisely by hearing, just as vision cannot penetrate the darkness, so they simply resonate through our bodies. In the arsenal of pre-recorded instruments – contrabassoon, bass flute, trombone and bass voice. The composer plans to use various expanding performance techniques, only vowels in the voice part, and without using direct low sounds to create their mysterious clouds of overtones.