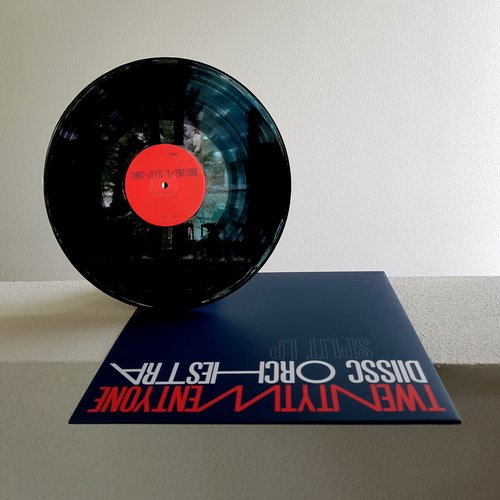 “With our loyal costumers constantly asking for a vinyl, we could no longer resist the craze, and decided to release an album using this format”, comments Asta Pakarklytė, the Director of the Music Information Centre Lithuania. “We’ve endeavoured to find, select and produce a content that was conceptual, unconventional for us, but at the same time an historical and retrospective.”

The album producer Gailė Griciūtė came up with an idea to have a split LP with “Twentytwentyone” and “DIISSC Orchestra” side-by-side. Despite their aesthetic differences, with “Twentytwentyone” basing their performances on sonic realisation of graphic scores and moving images, and “DIISSC Orchestra” combining high and low-tech, using stopwatches, CD players, old-school Venta synthesizers, and malfunctions of audio equipment, the producer managed to identify the link between the two collectives. Both groups once represented the vibrant, deeply conceptual, creative and performance-oriented Lithuanian experimental music scene. While the members of both quartets parted their ways, individually they continue to develop new artistic outlets, and frequently collaborate with other creative collectives. 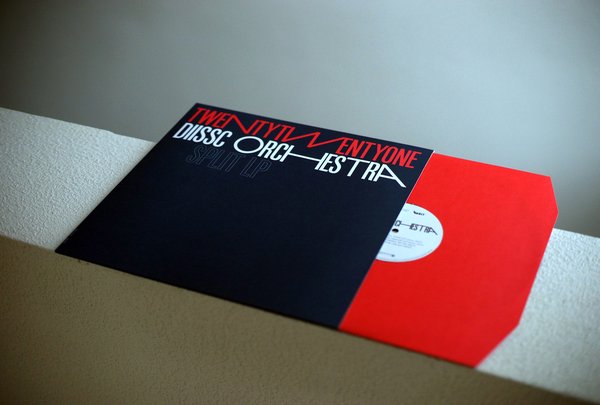 “Perhaps it was these two elements, on the one hand a classy split album with a retrospect of experimental electronics, and on the other, the personalities of eight successful composers and/or sound artists, that attracted our partners from Warsaw – the Bôłt Records. These eight individuals – intense, and diverse in their aesthetic and creative inclinations – have imbued the album with foundational strength and enduring value”, says the Centre’s Director.

The album has already received positive feedback from across the Atlantic. The latest review on Chain D.L.K, a New York-based news platform for electronic, industrial, ambient and experimental music, called the album “a polished package that will appeal to lovers of electronic avant garde”. The author of the review, Stuart Bruce, draws attention to the electro-acoustic interpretations of Cornelius Cardew’s graphic score “Treatise” presented by “Twentytwentyone”, and their display of sci-fi soundtrack flavours, long and tuneful industrial drones, incomprehensible soft percussion noises, as well as noise-heavy, and sharp-edged episodes. The “DIISSC Orchestra”, according to Bruce, oscillates between gritty industrial noise and slow organ chords and drones, between pulsations of unpredictable patterns and ambient soundscapes.

Twentytwentyone + DIISSC Orchestra: Split LP was supported by the Lithuanian Council for Culture and Association LATGA.