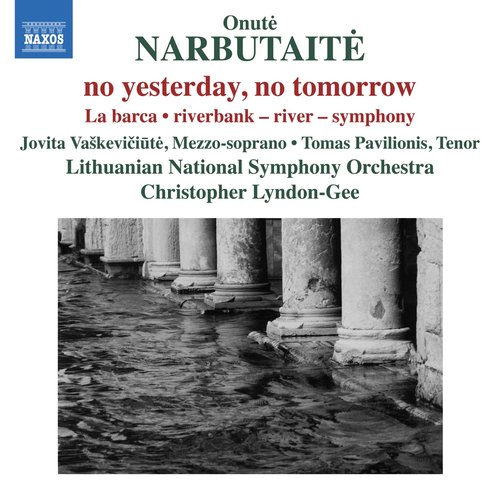 Cover photograph: "Venice" (2003) by Arūnas Baltėnas
Naxos, a world leader amongst classical music labels has just released Onutė Narbutaitė’s no yesterday, no tomorrow, an album of her compositions. Klaus Heymann, the founder and chairman of the company has singled it out as one of his picks for December 2017: ‘No-one should miss this opportunity to become acquainted with the music of Lithuanian composer Onutė Narbutaitė, one of the most outstanding Baltic composers of recent decades.’

This, the eighth album dedicated to Onutė Narbutaitė’s compositions, is the result of a two-year collaboration and is a co-production with Lithuanian Music Centre Lithuania. The three symphonic compositions on it – no yesterday, no tomorrow, La barca, and riverbank – river – symphony - were specially recorded for this CD by the Lithuanian National Symphony Orchestra under the conductor Christopher Lyndon-Gee. The music of Onutė Narbutaite made a strong impression on Lyndon-Gee when he first came across it a decade ago and for that reason became an active proponent for this Naxos release.

‘The easiest way to find the music you want and to listen to it is on the internet but it’s certainly not the case that all composers available themselves of the opportunity to have their recordings available there. I personally don’t engage in that – I don’t take part in social networks, I don’t have my own blog, and in this regard for most people I’m probably outside the loop. But, looking at it from a different point of view, life only in the huge and quite chaotic internet space, always glued to a computer or smart phone, would be very one-sided and monotonous. A record release, you can hold in your hands, is something else – like a paper book for a writer. In this small format, limited by its ‘physicality’, I see a deeper, more conceptual possibility of presentation and perception,’ says, Onutė Narbutaitė, sharing her thoughts.

Since international projects of this scale when it comes to recording symphonic works are infrequent in Lithuania, they are inconceivable without the support of the state, foundations and strong partners. ‘All of the sound, textual and visual content of this release was funded and prepared by various Lithuanian institutions and creative groups, while Naxos provided the form and a global platform, one of the largest in the world, for dissemination, distribution and sales,’ says Asta Pakarklytė, the director of Music Information Centre Lithuania. This concept was implemented in collaboration with the Lithuanian National Philharmonic Society, the Lithuanian Composers’ Union and the organization Vilnius Festivals. The project could not have been possible without the support of the Lithuanian Council for Culture and LATGA. 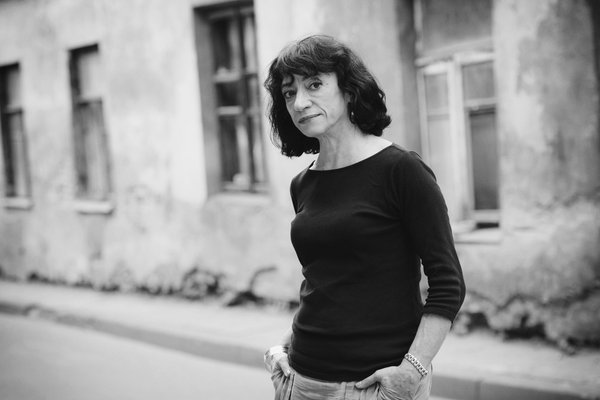 Onutė Narbutaitė. Photo: Martynas Aleksa
‘The most important thing is the wide dissemination of music and the possibility of checking to see how well it works in other spaces, perhaps also engendering a certain confidence, which isn’t always sufficiently provided by the narrow domestic environment which usually supports certain dominant trends,’ said Onutė Narbutaitė. ‘All the recordings of my compositions released abroad, and not just the CDs featuring just my music, were widely reviewed and took account of other, wider contexts. Some of the commissions I’ve received came, as it happens, because of those recordings and their reception. For example, the commission from the Munich concert series musica viva for the compositon La barca, recorded on this new disc, was initiated by the well-known German music critic Christoph Schlüren, who had ‘discovered’ me through the first of my compositions to have reached the wider world in this way, namely, Opus lugubre and Sinfonia col triangulo.

In various ways I’ve had the experience that the emergence of quite a few of the music lovers who now take a keen interest in my music has been because of the releases by foreign companies and international co-productions in various places throughout the world.  Recordings also find their way onto radio programmes, radio stations in many countries being a very important element in the existence of contemporary music. Even a composition with such an unfavourable format as the hour-long Tres Dei Matris Symphoniae, released by Naxos in 2011 in collaboration with Music Information Centre Lithuania, was broadcast many times – in Germany, Spain, Slovenia and as far away as Mexico and New Zealand, with some radio stations – in the USA and Sweden – giving it special meaning by broadcasting on Easter Sunday,’ commented the composer.

The synergy of the recorded compositions

According to the composer, La barca and riverbank – river – symphony are amongst her most important compositions, appearing at about the same time – in 2005 and 2007 – having between them links in their musical expression. The idea for this release in fact began with river bank – river – symphony, when Christopher Lyndon-Gee conducted its premiere at Warsaw Autumn. ‘I then suggested that La barca be included on the disc, allowing for a coherent, focused atmosphere to be created on the disc, and not a selection put together by happenchance, using just some technical parameters,’ said Onutė Narbutaitė, sharing her reminiscences. 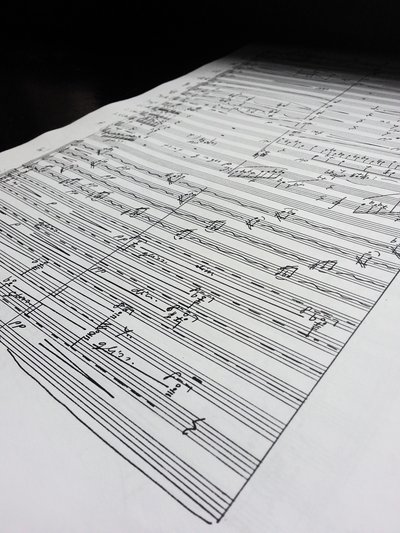 Onutė Narbutaitė’s "La barca" (2005), manuscript fragment.
In writing the new composition no yesterday, no tomorrow, I was already thinking about the CD and the connection with the other compositions included on the disc, as well as about the juxtaposition of these three works with the emerging interaction being able to highlight the meanings already there and the possibility of creating new ones. I immediately thought about the order of the compositions – to a large degree that determined having no yesterday, no tomorrow fit in in the middle between the beginning and the end. Therefore, I imagine that one can think of the order of the compositions on the CD as in its own way a coherent and consistent “macrocomposition”,’ commented the author.

In recording the composition no yesterday, no tomorrow, the mezzo-soprano Jovita Vaškevičiūtė and the tenor Tomas Pavilionis joined the Lithuanian National Symphonic Orchestra and the conductor Christopher Lyndon-Gee. Other performers invited to take part in the recordings were Marija Grikevičiūtė (piano, celesta) and Jolanta Silkauskienė (harpsichord). Both the composer and the conductor singled out for praise the work of the sound directors Vilius Keras and Aleksandra Kerienė: ‘They superbly handled the whole quite complex stream of sound and came up with a wonderful result,’ said Onutė Narbutaitė.

The whole process of putting the recordings together took a year and a half. The largest challenge, according to Vilius Keras, was to present the complete content of the score as audio media. ‘Onutė Narbutaitė’s music is full of small, very beautiful details, and to capture and reveal them we used all the available creative and technical resources available to us,’ commented Keras, who expressed his joy in having the opportunity to experiment in the context of contemporary symphonic music recording: ‘Working with the music of contemporary composers, the producers of sound recordings have more freedom. We are able to use artistically the latest technologies, making the sound of the orchestra contemporary, to establish a closer connection than in classical symphonic music. We can, as it were, place the listener in the middle of the orchestra and create for her (or him) an intimate relationship with Onutė Narbutaitė’s music.

A few captured moments from the recording sessions which took place on 24-30 October 2015 at the National Philharmonic Hall, Vilnius, Lithuania: 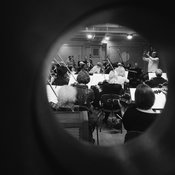 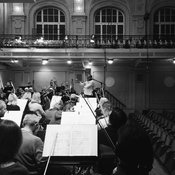 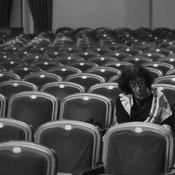 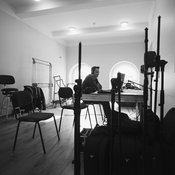 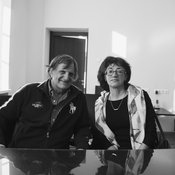 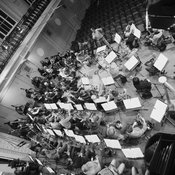 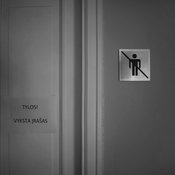 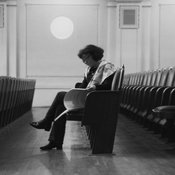 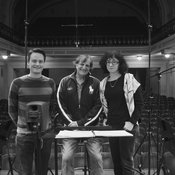