Finnish Ondine is very well known for its strive to introduce exciting, high-standard repertoire. That Ondine chose Kutavičius' music may well reflect company's aspirations. According to the managing director of the Ondine Reijo Kiilunen, 'with all Kutavičius' qualities I feel he deserves to be far more known also internationally. Ondine is very happy and proud to release two of his key works.' 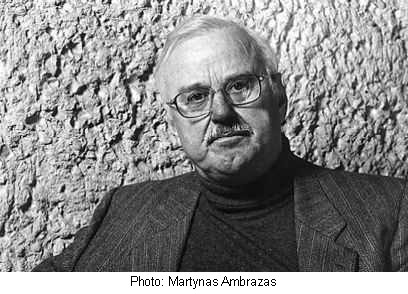 Kutavičius' music resists easy categorization. The composer shuns any kind of academicism, be it national, modernist or minimalist. Disenchanted by the arid avant-garde, Kutavičius found resolution in his own form of minimalism, which is rooted in Lithuanian ethnic culture, archaic forms of folklore exemplified by sutartinės, genre of old canonic polyphony. There is nothing complicated in his music idiom itself, as the composer works mostly with short patterns of different length which are being repeated simultaneously in different layers thus producing continuous shimmering rotation in the texture. However in contrast to soporific repetitions of Philip Glass or Steve Reich, Kutavičius constructs dynamic, spacially and temporaly determined compositions, which reveal such an intense development, that the audience is left well-nigh 'killed by sounds' - an aspiration of the author himself.

Both Kutavičius' works delivered by Ondine deserve special attention. They were important landmarks of Lithuanian music stemming from the background of ancient history and reflecting changing times. However withouth wider political or historical implications, evaluated as re-interpretation and ostensible restoration of the past, both works have an astonishing effect on the listener; they activate reception through the ritualistic experience, recognizable minimalist-like cognitive patterns and magnetizing rhythm.

Last Pagan Rites for the soloist, choir, organ, and four horns is highly functional music, which feels at its best in the church space. The work is organized in space around the audience and involves them into active, performative listening. Flexible distribution of performers allows various adaptations of the work in the space. Six movements of the work represent different steps of the ritual, which moves from the harmonious pantheistic celebration of the nature towards the more dramatic farewell with the idealized world.

Epitaphium temporum pereunti, written for mixed choir and symphony orchestra, is more static work intended to be performed in the traditional concert space. The work was commissioned by the contemporary music festival Music Harvest in Odense (Denmark) in 1998. Through the course of four movements the composer masterfully introduces the listener to the exciting journey through the dramatic development, full of surprises, where multi-dimensional space of sound material is organized around the timbral escalation and reduction of repeated patterns. The work is based on the wide spectrum of allusions, which serve to intensify its impact even more. Universal concepts of the origin of being, the hymn-like celebration of beauty, lament and spiritual catharsis are all present here. 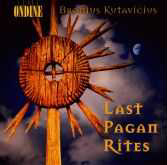