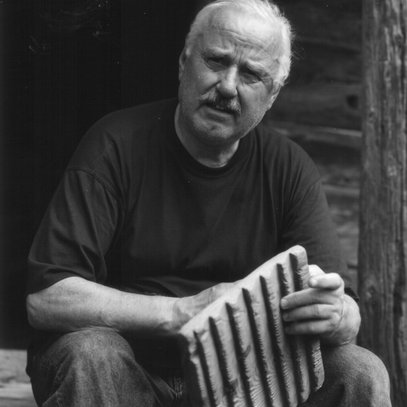 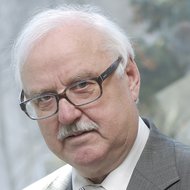 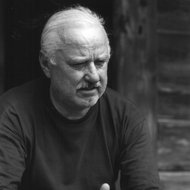 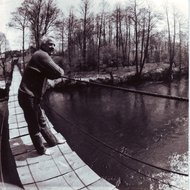 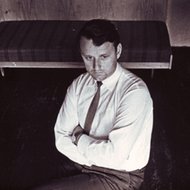 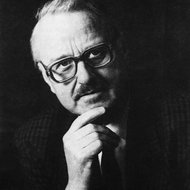 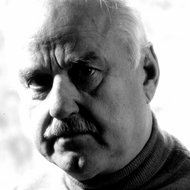 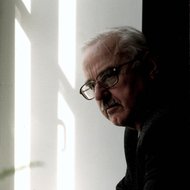 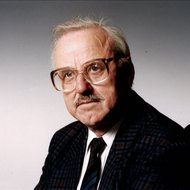 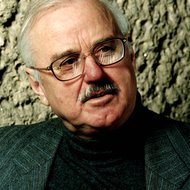 Since the 1970s the name of Bronius Kutavičius has been frequently mentioned among the most outstanding figures in Lithuania's music scene. His creative work goes far beyond the boundaries of pure music and encompasses a wide cultural context, revealing layers of the history and prehistory of nations going back to the beginnings of time, giving material form to the pure archetypes of mythic and religious consciousness. Kutavičius's music, in carrying out the mission of 'cultural archaeology', grounded in archaic, primordial feelings, is at the same time very rational, mathematically accurate, but his harmonious, at times even complex systems of sounds always breathe with life and the power of feeling. The composer is also considered to be the pioneer of Lithuanian minimalism. Because of its multilayered repetitiveness and the reduction of its musical material to quite elementary archetypal models, Kutavičius's work can appear to resemble early European (post)minimalism, but sounds completely different. His 'pagan minimalism' is steeped in the archaic forms of Lithuanian ethnic music.

zoom in: new music from lithuania - Clocks of the Past II

X
zoom in: new music from lithuania - Clocks of the Past II

zoom in 5: new music from Lithuania - Joys of Spring

X
zoom in 5: new music from Lithuania - Joys of Spring

In 1987 he was awarded the Lithuanian State Prize and in 1995 - the Lithuanian National Prize. In 1996 the composer received the prize for creative achievements from the Probaltica Festival (in Toruń, Poland); in 1996  he was awarded the Order of Lithuanian Grand Duke Gediminas 4th Class (the Knight's Cross), as well as the Order of the Officer's Cross for services to the Republic of Poland; and in 2003 the Order 'For Services to Lithuania'. In the same year he was awarded the World Intellectual Property Organisation's prize for his creative work, and in 2004 the 'Author of the Year' prize by the Lithuanian Copyright Protection Association Agency. Bronius Kutavičius's work, encompassing various genres and structures (ranging from stage to ensemble work), has merited six awards in the periodic selections made by the Lithuanian Composers' Union for best work of the year. In the 1997 survey by local musicologists, his oratorio Paskutinės pagonių apeigos (Last Pagan Rites) was named the most important piece of music written by a Lithuanian composer in the second half of the twentieth century.

Bronius Kutavičius's name is associated with a huge, almost seismic effect on Lithuania's cultural life once made by his Panteistinė oratorija (Pantheistic Oratorio, 1970), Paskutinės pagonių apeigos (Last Pagan Rites, 1978) and Iš jotvingių akmens (From Yotvingian Stone, 1983) - considered to be the starting point for Lithuanian post-war modernism. Kutavičius admitted to having found his creative vision and created these first significant works quite late in his life - approaching his forties. The above-mentioned, large scale oratorios most clearly embody the ideological principles and stylistic features of Kutavičius's creative work:

• a particularly individual treatment of time and space;

• a visual, theatrical and ritualistic quality in the music enveloping and drawing the listener into the music-making process;

• a freedom from any kind of academicism (not infrequently employing rough or purposely 'impoverished' and 'stripped down' textures);

• a concentration of thought relying on only a small number of means of expression;

• a deep feeling for the essence of folk music, an essence that lies deeper than any tangible sound structures.

The composer made free use of devices employed in contemporary music such as serialism, sonorism, aleatorics, collage, spatial organisation and related innovations in musical notation, as well as the technique of repetitive (post)minimalism. The latter here conforms to the fundamental structural principles of archaic Lithuanian folk music, to be found in the sutartinės (the polyphonic 2-4 voice songs and 2-7 part instrumental pieces at one time to be found throughout northeast Lithuania). In addition to the application of avant-garde compositional tools in 'excavating' the field of pagan Baltic music, Kutavičius's work is also utterly contemporary, speaking to us today in a fresh language that has lost none of its power.

Bronius Kutavičius: By Fire and with Faith