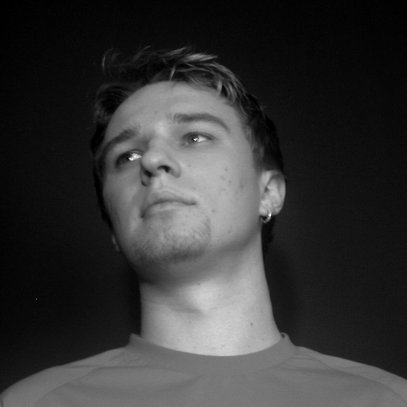 Virus J is not waiting for the Lithuanian dance music scene to develop to a level when it will be able to support a dynamic music publishing industry. Instead, he is finding opportunities to release his skillfully produced tracks and remixes on international labels, among them the acclaimed Distraekt (run by progressive / tribal house stars Piliavin and Zimbardo), where the highly praised Get Drunk / Cocaine by Virus J and DJ Sun appeared in 2005. Virus J’s music owes its professional quality to his earlier activity in the legendary Computer Music Club founded by composer Giedrius Kuprevičius, the godfather of Lithuanian electronic music, and his studies of Music Technology. The music of Virus J usually gravitates towards more progressive sound; however, he is equally at home with jazzier deep house grooves. It is worth noting that in 2008 he recorded the song Centre of the World together with Lithuanian alternative pop celebrity Jurga and remixed her acclaimed 5th Season, the remix being included in the CD single of Jurga’s hit song.

Inspired by The Prodigy, Chemical Brothers, Underworld and others, Justinas Chachlauskas dived into music and graduated from the Lithuania Music Academy in 1999. Since then, he started composing and DJing under the nickname of Virus J.

Virus J's official debut was made in 2000, when radios started playing his track Isgirsk, recorded with Aiga.

In 2005, together with DJ Sun, Virus J has mane a debut on Piliavin and Zimbardo's label Distraekt. The first record, Cocain/Get Drunk, was particularly successful, rated as high as 8 of 10. It was described as "a superb deep EP" in the I-Vibes review. Cocain reached Nr. 6 in the Netherlands' club music charts.

Meanwhile, Virus J joined Mix Team. This DJ team has started a series of parties that became extremely popular and attracted people from different cities. Even some DJs from the Baltics and UK, who have been invited to play at these gigs, were amazed by the scope and the spirit of these parties.

The second record by Virus J, Electricity Supply, produced together with Justin Xara, has been signed to Mikel Curcio's London Music label in 2006. Virus J has also started his new music project under the guise of Justin C. Justin C & Justin Xara have made remixes for various artists' tracks, including Deep Forest's worldwide hit Sweet Lullaby. In Autumn 2006, this remix hit Nr. 1 in Lithuanian radio charts.

In Autumn 2006, Virus J and Andy Lau performed live with vocalists Golden Parazyth & Jazzyville and have played a warm-up live show for Underworld. Virus J's productions have already been supported and/or charted by DJs like John Digweed, Piliavin & Zimbardo, Anthony Pappa, Chus & Ceballos, DJ 19, Hybrid, Deepsky and many others.