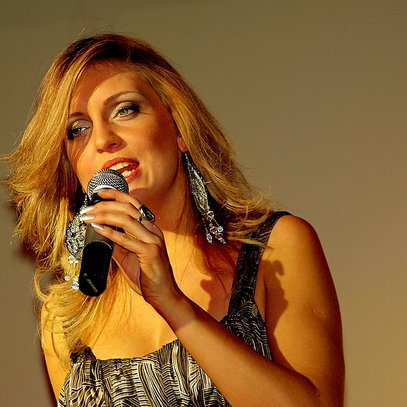 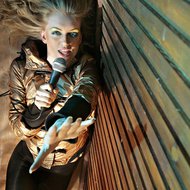 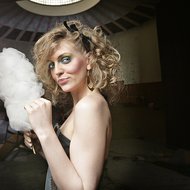 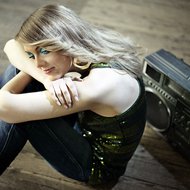 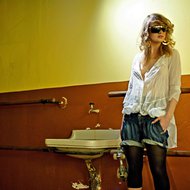 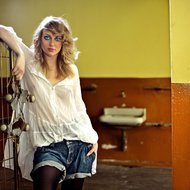 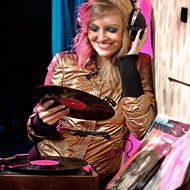 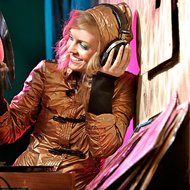 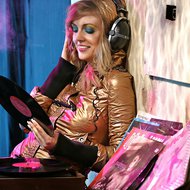 The name of Rūta Ščiogolevaitė is usually mentioned when really authentic singing, and not mere imitation of it, matters. Though the range of genres and situations where the singer reveals the power of her voice extends from pop to jazz and from singing competition to variety show, she meets all creative challenges with equal professionalism. Recently Rūta can often be seen in various popular music TV projects, where she maintains her dedication to tasteful repertoire and original performance, and her strong, distinctive voice never escapes the audience’s attention.

Paskutinis šokis - If I Ever Make You Cry (pop version)

X
Paskutinis šokis - If I Ever Make You Cry (pop version)

Paskutinis šokis - If I Ever Make You Cry (rock version)

X
Paskutinis šokis - If I Ever Make You Cry (rock version)

Rūta Ščiogolevaitė is one of the most talented musical performers of the young generation. The singer’s unique and exceptional feature is her universality and incredible virtuosity. She handles music of different styles with great ease, is open to various ideas and puts them into life with enthusiasm and dedication. Rūta Ščiogolevaitė is not only an excellent singer – she also acts on stage and hosts various events.

Rūta Ščiogolevaitė was born and grew up in Šiauliai. There she attended a children’s musical school. She graduated from the Vilnius Conservatoire, the piano class. While studying, she was an active participant in the Lithuanian musical scene. Several times she took part in concerts and TV programs (“Musical Hotel”) and joint musical projects.

In 1998 she released her first solo album “Rūta. A Journey Far and Beyond”. In 2000 together with selected musicians she sung at a prestigious restaurant in the capital of Tanzania Dar es Salaam under a six-month contract. She was a singer and a composer of songs for the band “Funkadelix”. In 2002 she participated in the international talent show “Fizz Superstar” (broadcast by LNK TV channel), in which she won the second place out of 1500 participants. In 2002 she was invited to sing in the Klaipėda-based band “Studija”, and continued to perform with this band for two years. In 2003 Rūta made a successful appearance at a prestigious international contest “New Wave” in Jūrmala and won a special sympathy award of the Jūrmala Council. In the same year she began to sing in the variety program of “Broadway Theatre” and was nominated for an award for the best vocal (together with Neda Malūnavičiūtė and Egidijus Sipavičius). Her song “The Echo of Your Shadow” was selected by the listeners among the top five in the contest of the Song of the Year of the Lithuanian Radio in 2003. In the spring of 2004 she won the second place in the Eurovision national song contest.

Rūta takes a professional interest in jazz music. She participated in international jazz festivals in Lithuania (Šiauliai Jazz 2001; Jazz 2003, Šiauliai Jazz 2004). At the present time Rūta is a student of the Jazz Department of the Music Academy.

Rūta Ščiogolevaitė’s voice as a back vocal can be heard in the albums of other Lithuanian performers (Kostas Smoriginas, Aleksandras Makejevas, Linas Adomaitis, Inga Valinskienė and many others).

In July 2005 Rūta Ščiogolevaitė’s solo album “My Songs” was released by “Bomba Records”.  A live concert of Rūta Ščiogolevaitė and her friends held at the end of 2005 received high acclaim and was filmed by the Lithuanian national television. The concert was broadcast on New Year’s Eve in 2006. In 2006 she took part in the program of the Lithuanian television “Lithuanian Dance Tops”, where she revealed her brilliant dancing abilities.