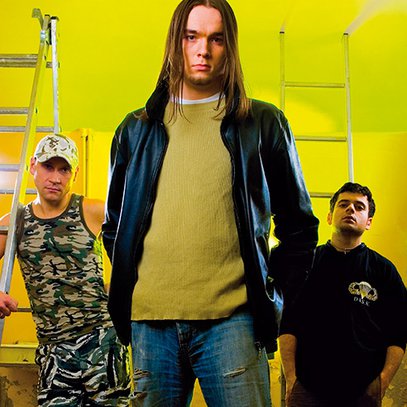 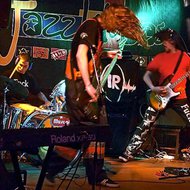 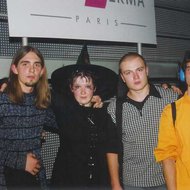 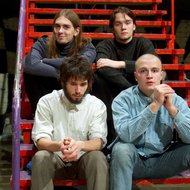 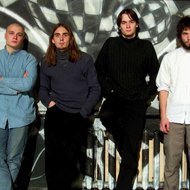 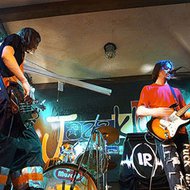 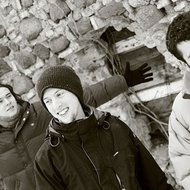 Lithuanian band IR is considered to be one of the brightest hopes of the alternative rock scene in the Baltic States. Debut album Now or Never was released in 2005 and shortly afterwards IR was named The Best Rock Artist of 2005 at the Lithuanian Alternative Music Awards A.LT.

IR is Lithuanian alternative rock band, based in Vilnius. Formed in 2003, IR has stormed young Lithuanian alternative scene, winning several local bands contests including most prestigious Naujas Kraujas and Euro Rock Vilnius 2004 among others. After the original line-up broke up in 2005, the founding member and frontman Germanas Skoris continued the IR drive with variable semi-international line-ups until it stabilized in current shape:

During just three years of its existence the band's music has been compared by fans and local media to about a dozen rock acts, stretching from Placebo and Smashing Pumpkins to Nirvana and Foo Fighters, which only suggests, that IR actually do have an original style of their own. With this in mind, and their own musical influences ranging from Red Hot Chili Peppers to A Perfect Circle, the band members themselves won't go into any deeper definitions, than just "rock", leaving it up to the listeners to figure it out for themselves.

In the winter of 2005 the band signed a record deal with Zona Music, what resulted in their debut album Now or Never. Released in the fall of 2005 it took the band’s career to a new level. The album got very positive feedback from numerous reviewers, both local and foreign, agreeing it to be one of the best alternative rock records to come out of the Baltic States. "The album has a drive from the beginning on. [...] Amazing quality so early in the band's history" wrote Overhook Music from Finland.

Despite a neglectful stance towards rock format in the Baltic media, tracks from the album managed to enter several local charts. For three weeks the video for the song "Idol” stood at number one on the Baltic Top 30 – a unified weekly chart, conducted by several Estonian, Latvian and Lithuanian radio stations and TV channels, and the ballad “Maybe” topped the charts at Mazeikiu Aidas radio station.

IR is a hard-working live band playing various local events and clubs. They were opening for Tito and Tarantula at the Rudstock 2004 festival, toured in Germany, Poland, Latvia, the Netherlands and the UK. The band became the featured artist of the week at ubl.com international independent music website and a will be a cover artist on the next issue of popular Gramofonas music/hi-fi magazine. Finally, IR has won the Best Rock Artist of the Year award and Now or Never was nominated for the Best Album of the Year at Lithuanian alternative music awards A.LT.

"The album has a drive from the beginning on. The basic mood is more on the happy side but the melancholy is not fully forgotten either. There are a few hooks that surely will go deep in people who liked such bands as Nirvana, Nickelback (early), Default and so on. No matter there are a few connections to known bands, IR has personality as well.[…] Amazing quality so early in the band's history." - Ville, OverHook Music, 2005-12-11 (4/5)