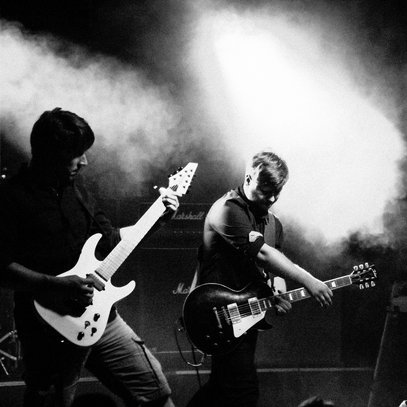 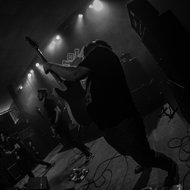 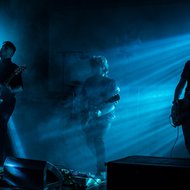 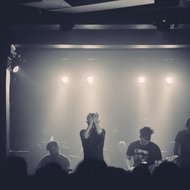 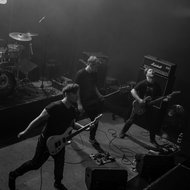 With a name that drives music fans using search engines crazy, AUTISM is a noteworthy yet elusive force in the international post-metal scene. Starting out in 2013 as a solo project of Lithuanian guitarist Tomhetas, AUTISM has built a discography that reveals an obsession with cinematic storytelling. Band successfully released three full albums and EP Falling Motions. All of them are worth reading a story behind. An album The Crawling Chaos is an ode to H.P. Lovecraft, while their third album Film Noir deals with topics like alcoholism and psychological abuse.

The band’s debut EP Falling Motions contains five instrumental post-rock/metal tracks taking cues from If These Trees Could Talk and Russian Circles, but it was the subsequent The Crawling Chaos (2013) that revealed AUTISM to be a an ambitious project full of potential. This album, which is an ode to H.P. Lovecraft, proved to be the start of a string of releases that showed a heavier and darker sound, a consistent concern for storylines, and an increasingly ambitious conceptual vision.

In 2016 Tomhetas was joined by three fellow musicians with whom he recorded the band’s third album Film Noir (2017), a dark and invasive opus dealing with alcoholism, drugs, and physical and psychological abuse. Using sound samples from real life events, the band produced a soundtrack to the sickness of humanity, bringing the listener up close to the people who suffer on a daily basis.

During this period, the band started touring in support of Film Noir, playing major Lithuanian festivals such as Devilstone Festival and Kilkim Žaibu. Since then, the band has performed with Rosetta, ROSK and Lost in Kiev among others. AUTISM’s forthcoming album, Have You Found Peace?, is the band’s most compelling work to date where prose and melody effortlessly flow together.