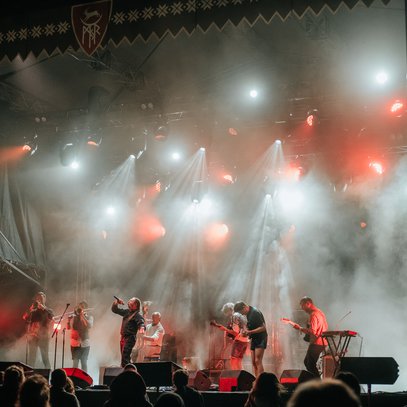 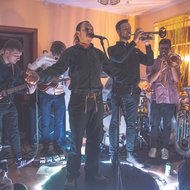 “Lapkričio dvidešimtosios orkestras” (1120 Orchestra) consists of post-modern parasites leeching inspiration from the Pandora box of modern music. Raised by DIY punk scene, they are dignified amateurs with no limits for their own expectations. Some say, that while riding the train No. 666, those gyus made a deal with devil and lost their souls. Literature lover’s lyrics, ass moving music – their songs are made to make you smile.

“Lapkričio dvidešimtosios orkestras” (LDO) was established in 2015 in Vilnius by guitar player Kipras and drummer Andreika. At the very beginning band used to remake music of friends’ punk rock bands or replay songs of the bands where Orchestra members had played previously. Remakes of those songs were performed in completely different music styles, mostly in pop-rock. Later Orchestra members started to create and play their own compositions. It used to be a time, when LDO, as a proper classical orchestra, had a conductor – Zaicas, who directed the performance of the LDO and brought several new musicians from his previous band. As years had passed there were some changes in LDO set-up, but last few years band structure remains the same.