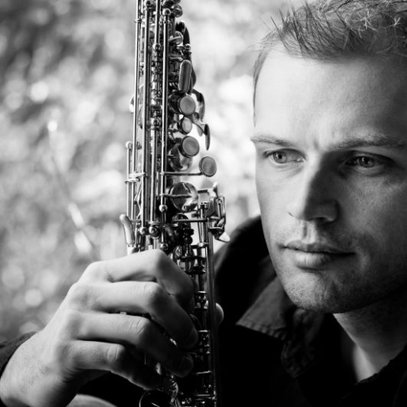 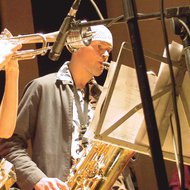 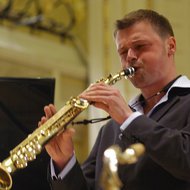 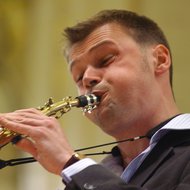 Kęstutis Vaiginis is a seasoned jazz musician of younger generation, active as a saxophonist, composer and group leader. His characteristic sound (produced on soprano and tenor saxophones, sometimes also on flute) is clear and delicate, lyrical and emotional. He began playing jazz in 1999 and instantly became an indispensable part of Lithuanian jazz scene, performing both in his own age group and with experienced jazz masters. He soon began appearing in international collaborations. Having polished his technique in the Netherlands, Vaiginis has formed several international groups (SiBuLi Quartet, Kęstutis Vaiginis Quartet) and composed for them. He usually performs his original compositions, which combine certain national tones and the elements of modern jazz and academic music.

The saxophonist of younger generation Kęstutis Vaiginis (b. 1978), acclaimed for his delicate sound, lyrical and emotional approach, plays both classical music and jazz, and also composes. In his compositions he combines expression of modern jazz and academic music with national flavour.

Kęstutis Vaiginis studied at the Vilnius Conservatoire and earned Master Degree from the Lithuanian Academy of Music and Theatre where he studied with Petras Vyšniauskas. While still a student he was a leader of the Academy's saxophone quartet Differences. Since 2003, he has studied at the North Nederland Conservatoire.

As a group member