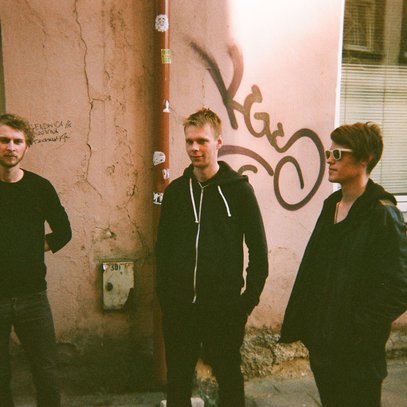 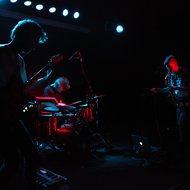 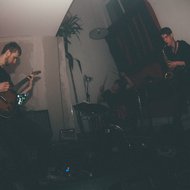 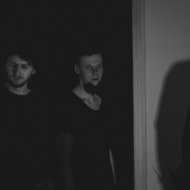 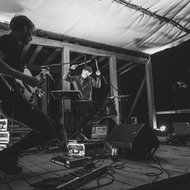 „They're actually pretty interesting. They remind me of post-jazz stuff that I really like to listen to from time to time“. That's a nod of approval Sheep Got Waxed got from Artemy Troitsky, Russia's legendary rock critic. „I actually liked them and I can see them playing our festival“, - agrees Grimur Atlason of Iceland Airwaves. No wonder, as energetic racket created by this trio really stands out from the crowd. By no means attention-seekers or players of mainstream games, Simon Sheep, Ed Getz and Paul Wax (those are not their real names, obviously, but so be it) met in 2010 while studying in the Jazz department of Lithuanian Music Academy. They clicked immediately, locked themselves up in the studio and began making festival rounds a year later. Their sax-drums-guitar formula quickly gained traction and well-known artists took notice. A well-known young theatre director Vidas Bareikis asked the band to provide soundtrack for his staging of Chuck Palahniuk's Fight Club – the compositions that Sheep Got Waxed came up with were released as the band's debut CD and earned rave reviews.  Self-titled album followed in 2014. Performances in France (Cosmo Jazz Festival), Estonia, Russia, U.K. (Birmingham Jazz & Blues Festival) and numerous shows in Lithuania proved the critics' point – this is music which, on paper, might seem difficult to digest. But once you hear it in a live setting, it is so strangely infectious that, for the whole hour the band is on, you actually forget your plan to go grab another beer and don't even think about leaving for a cigarette. Jazz, rock, even avant-guarde – all these things sit comfortably on this band's shelf, making it an attractive proposition not only for jazz festivals but also rock and alternative music clubs. „It's a spontaneous organism, the main driving force is improvisation. The music is full of freedom, power, modern and often unexpected, sometimes awkward outbursts of sound“, the band's official bio claims. And it's actually true. They have already won and Audience award at a local young talent competition and Grand Prix of Vilnius Jazz Young Power contest. Time to conquer bigger territories?

Sheep Got Waxed, the first Lithuanian act to play at the London Match & Fuse festival