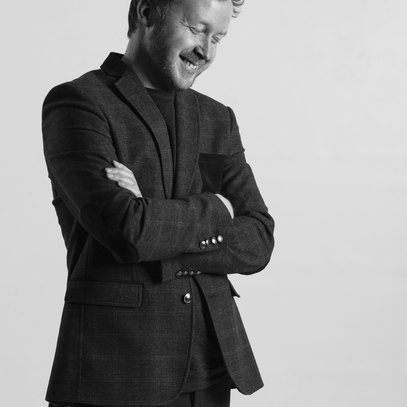 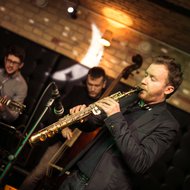 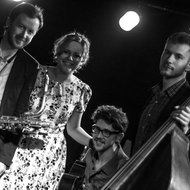 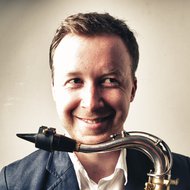 Remigijus Rančys is a young jazz artist with multiple and rapidly unfolding talents – he plays the saxophone, keyboards and flute, composes and arranges music. The stylistic sympathies of this universal musician lie with the jazz tradition, but in addition to jazz classics, he also takes interest in world music and the ethnic branches of the mainstream of jazz – Balkan, Gypsy, Brazilian and African music. An active musician and composer, Rančys is an initiator and participant of numerous projects.

Having received piano training at the children’s musical school in his native city of Šiauliai, at the age of 16 he switched from the piano to the saxophone and continued his studies at the Vilnius Conservatoire, Den Rytmiske Hojskole (Denmark), Amsterdam Conservatoire and the Lithuanian Music and Theatre Academy majoring in saxophone, flute and music teaching.
Rančys is active in different musical genres. He made his debut as a professional musician with the band InCulto (taking part in the recording of the band’s debut CD “PostSovPop”, 2004), and later performed with the bands Pieno lazeriai (also taking part in the recording of the band’s debut CD “Voyage”, 2005, released on the German label Phazz-a-delic), 2Good and Dixieland Green Bridge Band. Rančys not only played in all these bands, but also composed and arranged music. From 2009 to 2012 he was the artistic director and assistant conductor of the Šiauliai Big Band.
From 2010, having formed an acoustic jazz trio The Schwings with a repertoire of jazz classics garnished with some elements of Gypsy and Brazilian jazz, Rančys took up the activity of a music leader. In this field he distinguished himself by daring initiatives, such as VilniusJazzOrchestra involving the capital’s most capable young musicians, which he formed in 2012. The orchestra presented quite a few international projects: with American singer Sheila Charles, Slovenian vocalist Uros Perich, German vocalist and trumpeter Jeff Cascaro, Brazilian singer Denise Fontoura, drummer and vocalist from Mozambique Deodato Siquir. His project GypsyDrom (formed in 2012) and the African-Lithuanian band afRo noRdic (2014) are also frequently seen on stage. In 2014 he founded a 30-member sympho-jazz orchestra The New Baltic Orchestra.
The musician has performed with Pranas Kentra’s international project “LIBU” and takes part in the projects of other musicians. He appeared on stage with various bands in the country’s major jazz festivals and gave concerts in Latvia, Belarus, Ukraine and Sweden.
Rančys is also engaged in teaching activity – he participated in the educational programme Džiazo valanda (Jazz Hour) organised by the Lithuanian Musicians’ Union (2010), was a lecturer in the AGATA musical project for youth “Langai” (Windows) and the educational project of the Riga Music Academy “Riga Jazz and Brass” (2013).