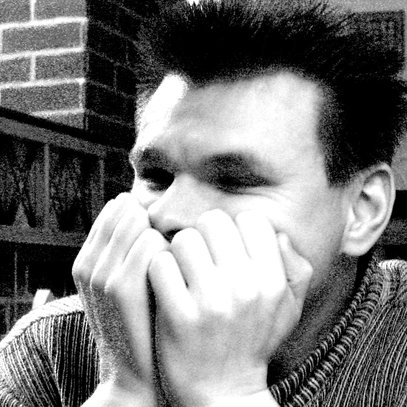 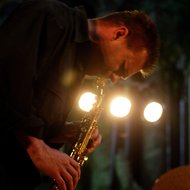 Saxophonist, composer, pedagogue, group leader. Well-known perfectionist and master of stylistic interplay, ahead of the jazz musicians of his generation, today listed among the most prominent Lithuanian jazz figures. He is praised for his emotional and consummate musicianship, incredible creative energy, attention to every detail of the sound and at the same time great feeling of the whole. Since his jazz debut in 1996, Jan Maksimowicz has collaborated with a number of Lithuanian jazz celebrities. In 2002 he made his debut as a leader and composer and since then has mostly performed with his own groups: trio, quartet, and quintet Riot. He also plays solo and with classical music performers.

Jan Maksimowicz (b. 1975) is one of the most exciting Lithuanian jazz saxophonists, praised for his emotional and consummate musicianship, admired as a master of stylistic interplay, ingenious composer, band leader and teacher.

Jan Maksimowicz studied at the Balys Dvarionas School of Music, the Vilnius Conservatory, and received Master's Degree from the Lithuanian Academy of Music and Theatre (under Petras Vyšniauskas). He participated and earned prizes in a number of competitions: laureate of Juozas Pakalnis Competition (1994), Grand Prix and audience prize in Lithuania's Saxophone Competition in Klaipėda (1999), third prize in the International Saxophone Competition "Brilliant Note" in Latvia (2000), and first prize in the International Young Jazz Performers Competition in Klaipėda (2000).

Jan Maksimowicz made his debut as a leader and composer in 2002 and since then has mostly performed with his own groups: trio, quartet, and quintet Riot.

The saxophonist performs as a soloist as well, takes part in various projects collaborating not only with jazz musicians, but also with classical performers such as Polish Chamber Orchestra (leader Zbigniew Lewicki), organist Vitaly Neugasimov, and Čiurlionis String Quartet. As a member of different groups he appeared in numerous jazz festivals in Lithuania and abroad, including Jazz Weekend (Moldova, 1999), Jazz Baltica (Finland, 2000), Pori Jazz (Finland, 2004), and gave a concert in the Lithuanian Culture Days in Athens (2003).

In addition to his performing career, since 2002 Jan Maksimowicz has been teaching at the Vilnius College, the Vilnius Conservatory and the Lithuanian Academy of Music and Theatre.

As a guest musician

As a performer of academic music