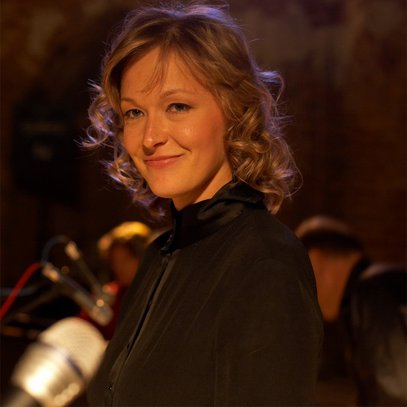 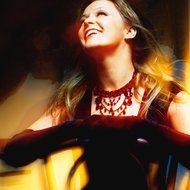 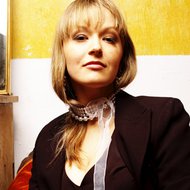 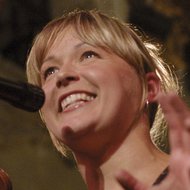 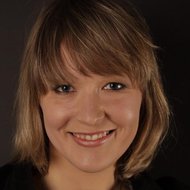 Brigita Bublytė is an universal artist: best known as an actress and singer, she is also active in the fields of composing music and lyrics, dance, and directing. Her musical interests are diverse as well, from jazz and contemporary improvisation to the tango repertoire, from classical music to ethnic singing traditions across the world.

A Wife, a Goddess

X
A Wife, a Goddess

Does It Happen In the World?

X
Does It Happen In the World?

A singer and actress Brigita Bublytė studied guitar and singing at the Balys Dvarionas School of Music in Vilnius, later singing and acting at the Lithuanian Academy of Music and Theatre. In 2005 she has graduated from the Academy with a MA in acting. In 2009 she attended Thomas Clements' master courses of canto difónico in Barcelona, in 2010-2011 the courses of the Fundación Cristina Heeren de Arte Flamenco in Seville.

Brigita Bublytė has performed main roles in rock operas by Kęstutis Antanėlis and Arūnas Navakas: Juliet in "Love and Death in Verona" (based on William Shakespeare's play, directed by Eimuntas Nekrošius), and Solveig in "Peer Gynt" (directed by Ignas Jonynas). She collaborated with a Lithuanian jazz legend Vladimir Chekasing for a long time, appearing with his musical-theatrical projects at the festivals in Germany, Austria, Switzerland, Sweden, Denmark, Latvia, Russia, Byelorussia, Lithuania. Now she participates in an international project "Siete Impresiones Sinfónicas" with the percussionist Leonard Gincberg and the organist Wolfgang Seifen, performing at the festivals of improvised music in Germany and Spain. As a soloist, she performed at the Flamenco en Alamillo festival, Spain, in 2010 and 2011.

Brigita Bublytė is known as a drama actress as well, performing main roles in plays directed by Jonas Vaitkus, Oskaras Koršunovas and Valentinas Masalskis. She was also starred in a movie "Utterly Alone" by Jonas Vaitkus.

Besides, her creative activities include songwriting and collaborating in various projects of musical theatre as a librettist and director. In 2000 she has staged her own musical, "A Night Out", at the international theatre festival in Bratislava, Slovakia. She has also created musical theatre performances "Closed Party" (together with Jūratė Paulėkaitė and Dainius Gavenonis; staged at the Oskaras Koršunovas Theatre in 2008), "A Wife, a Goddess", and "A Cat Who Has Lived One Million Lives".