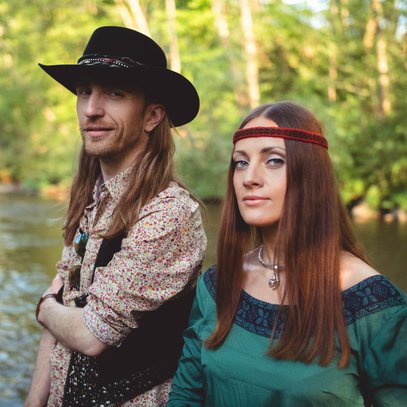 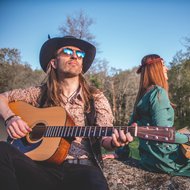 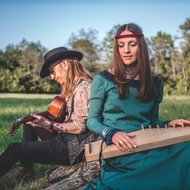 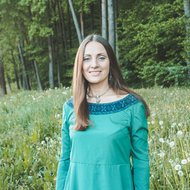 Žalvarinis is the best known Lithuanian folk-rock band. Sharp guitar riffs, rock pulsation, folklore and it’s interpretations, also synthesis of contemporary styles of music as rock, blues, and world music creates an unforgettable, powerful explosive musical mix. The band formed in 2001, in Vilnius, Lithuania and the arranger, composer, the ideological leader of the band is Robertas Semeniukas. Group energy, rock and roll and blues groove is the reason why the band appears in various rock music festivals not only in Lithuania, but also in Great Britain, Estonia, Austria, Poland, Ukraine, USA or China. Zalvarinis collaborates with professional jazz, rock, folk musicians, and the best Lithuanian performers. After the successful concerts in Lithuanian Song Festival, where thousands of vocalists sang together Žalvarinis’ songs.

It’s been more than a decade already since the band Žalvarinis is on the stage – 5 released albums, tours in Europe, UK, USA and China, the sharing stage with the Gipsy Kings, Jessie J, Rudimental, GusGus, HIM, The Hobos, Alphaville, Zdob si Zdub, Groove Armada, Fools Garden, Tricky and others, are only some important facts from the band’s history.

Žalvarinis is the best known Lithuanian folk-rock band. Rock pulsation, folklore and its interpretations as well as the synthesis of contemporary styles as rock, blues and world music create an unforgettable, powerful explosive musical mix. The band gets the inspiration from folk songs and their cultural heritage. Žalvarinis was created by the guitarist Robert Semeniuk, who is also an arranger, composer and producer. Energy of the band, rock and roll and blues groove are the reasons why the band appears in various folk/rock/pop/world music festivals not only in Lithuania, but also all over the world.