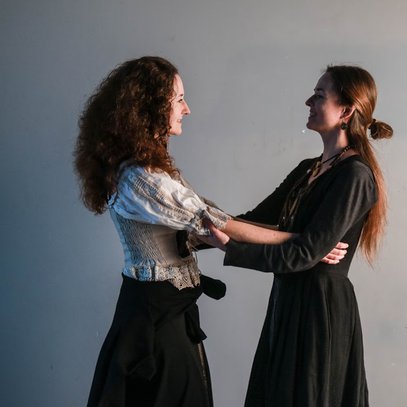 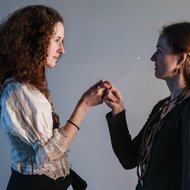 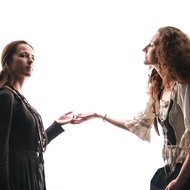 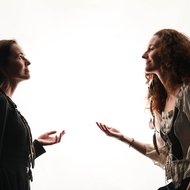 The musical folklore project Laiminguo was born in 2013 as a duo comprised of Agota and Dorotė Zdanavičiūtė. The sisters, who have been making music since an early age and are members of the Sen Svaja band, decided to establish a musical duo that would be more oriented to festivals of live archaeology and history both in Lithuania and beyond.
The duo’s musical programme consists not only of original renderings of Lithuanian folk songs and sutartinės, but also traditional music from other nations blended with Lithuanian folklore.

The compositions they perform feature two voices accompanied by drum, kanklės and, occasionally, a Jew’s harp. Laiminguo have played to audiences both in Lithuania and internationally. They have performed at the experimental archaeology festival Biskupin in Poland, at Viking markets in Norway, and at various music festivals in the Czech Republic and Hungary. They also collaborate with shamans from different cultures, and their music is played live during various rituals. Although the majority of the duo’s compositions are quite tranquil and meditative, they also have some more vibrant and lively pieces.

In 2016, the sisters released their debut album Laiminguo. The word laiminguo is an archaic form of the Lithuanian word for wishing happiness. The musicians believe in the purity of traditional music and send their good wishes to the listeners while performing it.