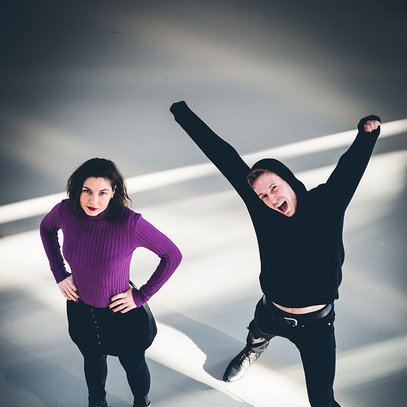 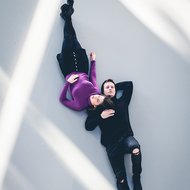 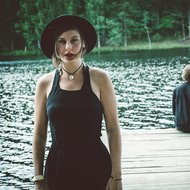 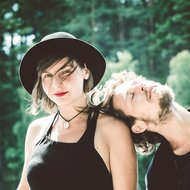 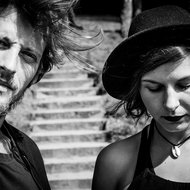 Kamanių šilelis is the young and talented duo – Kamilė Gudmontaitė and Mantas Zemleckas – searching for their identity in music of different nations and Lithuanian folklore, concord between north and south, as well as subtlety of the words. For their strikingly melodious and resourceful music the musicians use self-made instruments, if one can apply this term to describe saws, drawers, bells and water. Live acoustic sound and authenticity of their first video was generated in underground parking lot. Kamilė and Mantas’ sincerity and youthful energy instantly wins hearts of the listeners. The duo’s music cannot be assigned to any particular genre. The musicians keep investigating the magical world of sounds. In 2014, the ensemble made the recording and release of their debut album Viskasteka.

Kamanių Šilelis (The Pinewood of Bumblebees) is among the most original acts in the current Lithuanian music scene. The duo consists of Kamilė Gudmonaitė and Mantas Zemleckas, two young multi-instrumentalists who draw their inspiration from both Lithuanian folk music and world music with a twist of indie pop. Didgeridoo, Jew's harp, melodica, kazoo, berimbau and the one and only “Kamiliphone” (Mantas' self made instrument-gift to Kamilė) – these are only few of the instruments that Kamanių Šilelis uses to perform their quirky songs.

Started in 2011, the duo has already attracted a lot of followers. Four of their DIY videos have received over 50,000 views on YouTube each, the number of their Facebook fans has recently reached  6,000. On 2017 Kamanių Šilelis released their second album “Namai” (Home), which received favorable reviews by critics and fans. One of the critics suggested that Kamanių Šilelis is the band that should be shown to those foreign listeners who are interested in hearing unique Lithuanian music: “They sing in Lithuanian, but their lyrics sound mesmerizing even to those who don't understand this language.”

„The minimalistic, rhythmic, and gently psychedelic music of the Kamanių šilelis duo could be described as contemporary electrified indie folk with an internationally appealing sound. However, what distinguishes it from most of the output in a similar vein, predominantly sung in English, is that the lyrics are often traditional Lithuanian folk songs, instantly recognizable yet treated in a novel, laidback vocal manner by the singer Kamilė Gudmonaitė. Recently, though, the duo have been gravitating increasingly towards original lyrics, which nevertheless still sound folk-like. In their records and live performances, Kamanių šilelis use traditional instruments from near and far, such as ukulele and didgeridoo, and occasionally even everyday-use objects. As a result, the music of this evolving and innovative project enjoys a crossover audience, and attracts fans who do not usually listen to more conventional folk, post-folk, or even world music.“