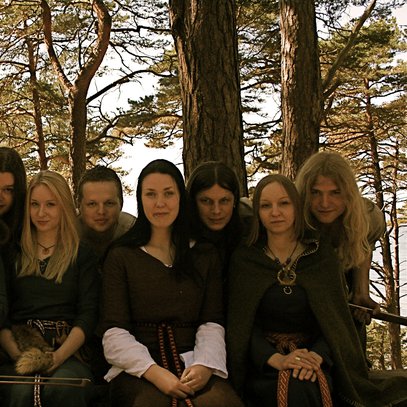 Under the leadership of composer Donatas Bielkauskas, Gyvata involves pupils and students nurturing the ancient Lithuanian littoral traditions. Having borrowed the group’s title (Lit. liveliness) from the writings of the philosopher Vydūnas, the young group members radiate vibrancy and genuineness. Original arrangements of their most favourite folk songs are rendered in a new musical language, which faithfully retains the tradition. In 2010, Gyvata released an album to mark the anniversary of the Žalgiris Battle. 2012 saw a release of the full length album Su vėjužiu kalbėjau (I Spoke to the Wind) featuring the most beautiful littoral songs.

I Talked with the Wind - On a Springtime Day