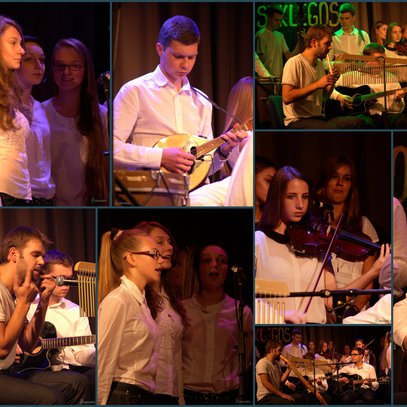 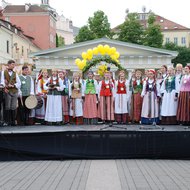 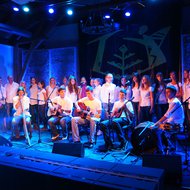 The folk band of the Kaunas children’s club “Gilė”, which celebrates its 20th anniversary this year, boasts a history of more than 500 concerts and three released CDs. The band was awarded the “Aukso paukštė” (Golden Bird) prize as the best children and youth folk band of the year. The larger part of the band’s members are pupils of the Kaunas “Ąžuolas” Catholic secondary school; some have already finished it but continue to take part in the activity of “Gilė”, and for some, the band has become a way of life. The compact disc “Lietuviškos dainos / Lithuanian Songs” contains songs notated by Antanas Juška in the second half of the 19th century. In that period the folklore researcher collected almost six thousand songs, and his brother Jonas published them in five thick volumes.