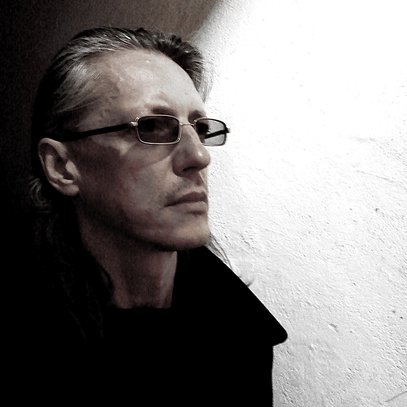 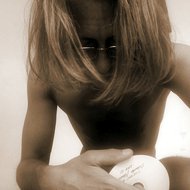 The works of Orlandas Narušis, christened a ‘sound architect’ are being meticulously crafted since 2002, and are rooted in an audiovisual art framework. His (post)minimalist approach to music is reflected not just in his hypnotic and spacious live performances, but also in the number of such shows. Narušis seldom performs; nevertheless, his creative biography is filled with recording ventures that he himself refers to as ‘sound projects’ and that in their aesthetic bear resemblance to the glitch, noise and microsound music. They tend to be scrutinized to the core, conceptually relevant, open to the interpretation of the listener, and at the same time they share a common objective to discover and add mystery to the unconventional world of sounds. Together with other postminimalist electronic music composers his over-a-decade-long creative output shapes the new Lithuanian scenery of experimental sound.

Orlandas Narušis is an ‘architect’ who applies interdisciplinary tactics in his experimental music shows. In his syntheses of visual and sonic arts he employs procedures often attributed to design and architecture rather than music. Narušis’ goal is to interpret the sound and, to an extent, portray it visually, thereby investigating the limitless methods of sound application.
In his free-form experiments Narušis utilizes a variety of different media. His works, entrancing and brimming with space were showcased at such festivals as „Jauna muzika“ (Eng. “Young Music”), “Centras“ (Eng. “Center”), “Baltas triukšmas“ (Eng. “White Noise”), “Ex-pansija“ (Eng. “Ex-Pansion”) and “Garso zona“ (Eng. “Sound Zone”). Narušis’ music is a product of many collaborations and partnerships. In 2012 he performed an improvized sound rendition of an apocalypse-themed triptych painted by Artūras Slapšys. Moreover, he worked with the Kaunas Dance Theatre “Aura“ and co-composed music for their show „Aseptinė zona arba lietuviškos sutartinės“ (Eng. “Aseptic Zone or Lithuanian Songs”). His music is featured on four compilations of works by Lithuanian experimental electronic music creators, next to Artūras Bumšteinas, Darius Čiuta, Raimundas Eimontas, Gintas K, Antanas Jasenka, Skardas, Denisas Šafovalas, and many others.
Orlandas Narušis’ creative language does not follow the principles of academic or traditional electronic music. By labelling his published works ‘sound projects’ rather than albums he avoids the binding expectations of professional music. The artist has released over twenty such sound projects and all of them share similar purpose, which is to unearth, investigate and mystify the world of unfamiliar sounds. His first original works with rather unpretentious titles, such as “1” and “2” date back to 2002 and he has just released “Tempera. Grid“ and “4.Play.ON“ in 2014. Together with works by other postminimalist electronic music composers his over-a-decade-long creative output continues to mold the new Lithuanian experimental sound-vistas.
Title/Year