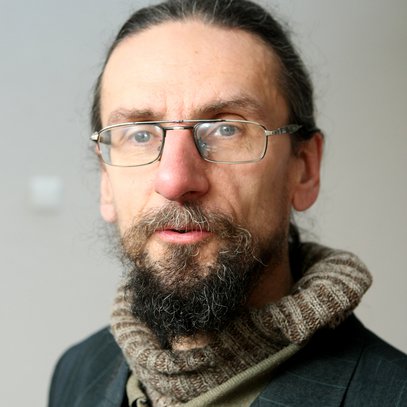 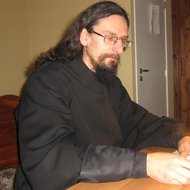 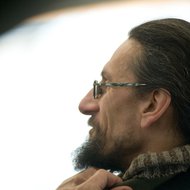 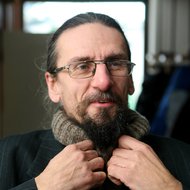 Viktoras Miniotas found himself in the context of Lithuanian music in the middle of 1990s, when he moved with his family from Russia to Lithuania. The talented composer became quite actively involved in contemporary music festivals, wrote several new compositions on mainly religious themes. In Miniotas' work one can feel particularly meticulous selection of the musical material, sometimes approaching minimalist expression. Its meditative sound is often juxtaposed with an expressive manner of talking, which achieves a dramatic break-through in culminations. At the present time the composer serves at the Russian Orthodox monastery and the Russian Orthodox Church of the Holy Spirit in Vilnius.

Viktoras Miniotas (b.1963) studied composition at the Petrozavodsk Branch of the Leningrad Conservatory with Prof. E. Patlaenko. After graduating in 1990, he taught music theory at the Art Institute in Krasnoyarsk (1992-94) and was chair of the Young Musicians' Association (1992-96). Since 1996 he has entirely dedicated himself to composing. He has participated at a number of international music festivals, including "New Art Territories" in Krasnoyarsk (1993), "Richard Wagner and the 20th Century" in St. Petersburg (1993), "Jauna muzika" in Vilnius (1998), "Gaida" in Vilnius (2001). Among his most significant artistic distinctions are the Krasnoyarsk Regional Prize (1994), Russian Presidential Scholarship (1996), Scholarship of the Lithuanian Ministry of Culture (1997), distinction at the Chamber Music Competition of the Lithuanian Music Fund (1998), and the second prize at the Sergey Prokofiev International Composition Competition (1999).

In Viktoras Miniotas' works, classical forms and genres often give clear-cut shape to a lyrical nature of his music. His major output consists of instrumental concertos, symphonies and sonatas, as well as vocal and sacred music. Characterized generally by meticulous choice and sparing use of sound material, his musical idiom sometimes approaches minimalist expression where entire structures develop from a single micro-pattern and ostinatos also play a prominent part. Meditative episodes are not infrequently set up against more agitated gestures that culminate in dramatic outbursts. The composer makes use of various compositional techniques, such as dodecaphony, collage, and others.