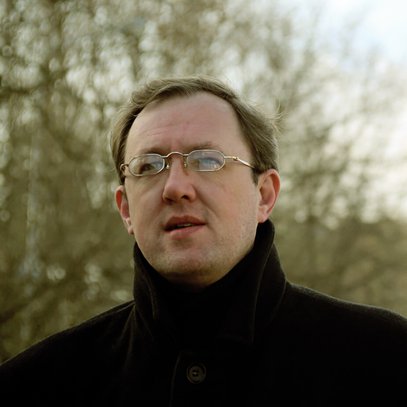 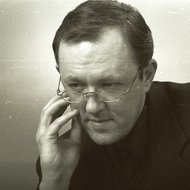 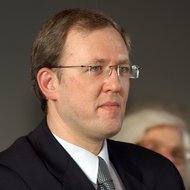 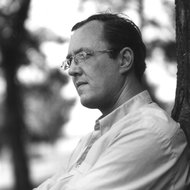 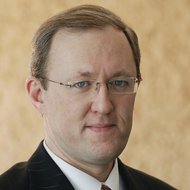 Remigijus Merkelys puts his faith mostly in rational methods of composing. In over 20 years, he has more than once tried to change or transgress what had become identified as unmistakably his style of writing. As a result, he has usually constructed either complex, or deliberately stripped-down structures. In his early choral compositions the composer, former choir leader, explored articulatory and expressive possibilities of voice as "the least developed of instruments" (Iter Balticum, 1990, Liber…, 1991, Missa l’homme armé, 1991). A list of his works since the end of the 20th century features a growing number of instrumental pieces - studies in ‘physical and metaphysical space’ in earlier works, and manifestations of new pulsating energy in more recent ones. (Gemma, 1999; MiKonst, 2000; Seventh Heaven, 2002; Compass, 2003; Evacuation, 2004; GPS > North, 2009). Remigijus Merkelys: "Alongside things like energy and spatiality, recently many other aspects of music became important to me, such as the natural and the artificial (e.g. in regard to acoustics), the abstract and the narrative, the ascetic and the multifunctional (or multi-genre quality), the novel and the traditional (or the unusual, the specific - and the stereotypical), as well as their interaction in broader context and on the level of the whole."

Remigijus Merkelys (b. 1964) twice graduated from the Lithuanian Academy of Music with diploma in choral conducting (1987) and composition (1991, under Prof. Julius Juzeliūnas). In 1992 he participated in George Crumb's composition courses at the Mozarteum Academy of Music, Salzburg. In 1989 he founded chamber choir Jauna muzika and served as its artistic director until 1992. The choir soon became internationally recognized and was awarded first prizes in many choral competitions (Switzerland, Ireland, Austria, Japan, Italy, Spain, Germany). For the work Liber... he was awarded the prize 'Tyla' ('Silence') which was annually granted for the most successful composition among young Lithuanian composers (1991). The same year he became one of the prizewinners at the Barlow Endowment of Music Composition (USA) with a commission for a new work (Missa L'homme armé). Remigijus Merkelys initiated the New Music Festival Jauna muzika which is organized in Vilnius since 1992. Worked as the Head of Music Department at the Lithuanian Radio (1993-98). In 1998 he founded Classical Music Channel at the Lithuanian Radio (3rd Programme) and was the director of this programme until its closing (2001). In 1998 he was appointed the director of the International Contemporary Music Festival Gaida. In 2000 his composition MiKonst won the 1st Prize in the composers' competition dedicated to the 125th anniversary of M. K. Čiurlionis' birth, which was organized by the Lithuanian Ministry of Culture, Lithuanian Composers' Union and Lithuanian-American Fine Arts Association. In 2002 he was awarded the prize for the best orchestral work (Seventh Heaven for two pianos and orchestra) at the composers' competition arranged by the Lithuanian Composers' Union. From 2003 to 2009 he was Chairman of the Lithuanian Composers' Union. His works were performed in the main contemporary music festivals in Lithuania as well as in many European countries, Japan, USA, and released on 5 CDs.

At the beginning of his creative career, Remigijus Merkelys was particularly concerned with choral compositions, making an attempt to open new opportunities and vistas for the voice - 'the least developed instrument from the point of view of contemporary music' (Merkelys). The instrumentalization of voice in his works manifested itself not only in unified minimalist approach but also in searches for new ways of articulation and new colours of sound (Iter Balticum, Libera me, Missa L'homme armé). A certain improvisational-theatrical digression in Merkelys' music, load of extramusical ideas characteristic of his 'antiacademic' opuses-actions (Shall We Remain a Land of Songs?, No Smoking) are not to be omitted as well. By way of exaggerating certain manifestations of typical concert performance he created the composition for string orchestra Capella which is close to the genre of instrumental theatre.

Remigijus Merkelys' creative work is marked by constructive approach. Oftentimes distilled and reduced into rudimentariness musical structures serve as an initial impulse for the work and the beginning of shaping its sonic substance. "My great concern is to find a perfect relationship between sound and silence not only within the frame of the work and its course but also in the sound itself, in its activity and passivity. On the other hand, no less important to me is the feel of the whole - of the entirety of different musical components and their interactions over the greater scope of time." (R.M.)