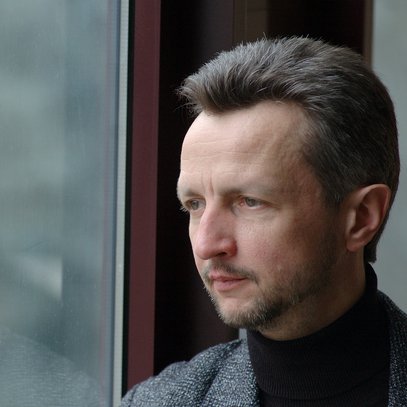 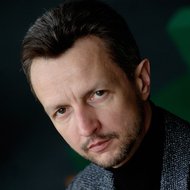 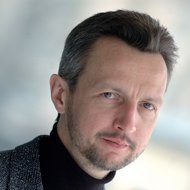 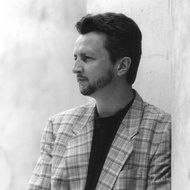 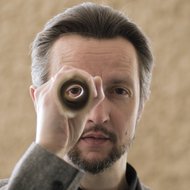 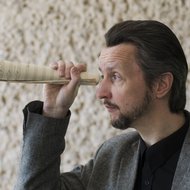 Rytis Mažulis is one of the most distinctive figures in contemporary Lithuanian music, representing the so-called super-minimalist approach, where repetitive principles are enriched by various ideas close to avant-gardism. The composer has been strongly influenced by the concepts employed by Conlon Nancarrow and Giacinto Scelsi. He writes radical monistic compositions, making use of canon technique and often employing computers. Even though one may find relicts of Renaissance polyphony in his music, because of is compressed sound it is sometimes closer to rock, in its use of hyper-dissonance and microintervals to Scelsi's contemplations, and as regards form - to monumental op art compositions, in which consecutively alternating constellations are very slowly displayed. Mažulis's music has the quite distinctive stamp of laboratory-like creation although it does retain a balanced academic correctness.

Rytis Mažulis (b. 1961) studied composition under Prof. Julius Juzeliūnas at the Lithuanian Music Conservatory (now the Lithuanian Academy of Music and Theatre), graduating in 1983. He began teaching at the same institution in 1989 and headed its Composition Department from 2006 to 2014. He studied at the Akademie Schloss Solitude in Stuttgart from September 1998 to April 1999.

Rytis Mažulis's radical and experimental music can be described in oxymorons like 'minimalist maximalism', 'complicated simplicity' or 'dynamic stasis'. The composer is sometimes able to implement his ideas with the limits of a single halftone, holding a small microscopic part of a sound by means of an expanse of infinite density. Rytis Mažulis's works are like hypnotic sound rituals, in which it is easy to lose one's sense of time and space. The Belgian recording company Megadisc Classics became interested in this particular aspect of Rytis Mažulis's work and released four CDs of just his compositions between 2004 and 2010.

What is characteristic of all of Rytis Mažulis's work is a distinctive stylistic purity, an integrity in the fabric of the music, concentric forms of the compositions in the shape of a 'wheel' and a symmetry that has its basis in contrapuntal (most often canon) technique. It is natural that this direction in his work requires the use of appropriate structures in order to achieve a homogeneous and 'crystal-clear' sound. It is for this reason that Rytis Mažulis mostly writes music for ensembles of equal voices or keyboard instruments; in the case of the latter, such compositions are performed live or realised on a computer, treating it as a kind of 'super piano'. In some of the works the specific capabilities of a computer are exploited, something that is not possible to achieve in performing music on conventional instruments.

For example, in his composition Palindromas ('Palindrome') one can hear the micro-chromatic gradations in sound pitch (quarter-tones, eighth-tones) and non-standard divisions of rhythmic values or the simultaneous pulsation of different tempos. It is not possible to perform his Grynojo proto klavyras ('The Clavier of Pure Reason') live because one would need an ensemble of at least 24 pianos. Both of these opuses not only reflect the tendencies of the purity of ideal style and the integrity of the totality of the composition but also show how it is possible to convey subtle humour by the use of musical means alone, without any allusion to other spheres of art or reality.

FEATURE. Rytis Mažulis and his 'Art of Acoustic Illusion' Get Contextualised