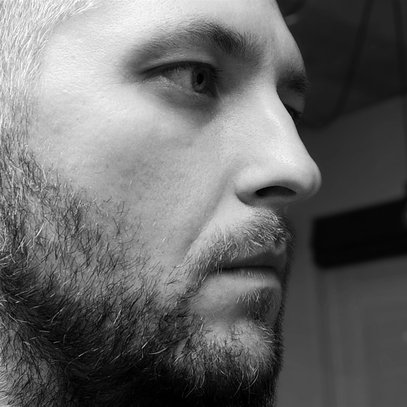 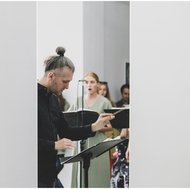 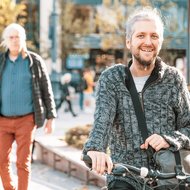 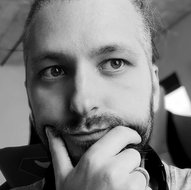 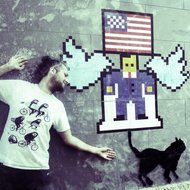 In his creative and scientific work, Andrius Maslekovas explores the sonic qualities, diving into the essence of sound and searching for his own. He creates acoustic music of various instrumental settings including orchestral and solo compositions, and has written several electroacoustic works. In chamber music particularly, the composer likes to experiment with seemingly unusual instrumentations which open unexplored territories of sound (Senua’s Dream for flute and five accordions, 2018; A Sketch for the Rising Sun for birbynė, harp and accordion, 2011). Maslekovas uses a wide range of extended techniques and weaves denser orchestral and finer chamber sound canvases embroidered with stitches of all kinds of softness and color.

Calligraphies of the Last Rays

X
Calligraphies of the Last Rays

The work of Andrius Maslekovas (b. 1985) covers the fields of art and science. The composer defended his artistic research project Structural and Prestructural Compositional Aspects of Sonoristic Music in 2016 and received a doctorate of musical arts. His decided tendency to explore the properties of sound and discover his own is naturally reflected in his compositions, the central element of which is precisely the quality of sound.

Maslekovas studied composition at the Lithuanian Academy of Music and Theatre (LAMT) in the class of Assoc. Prof. Dr. Marius Baranauskas and Assoc. Prof. Raminta Šerkšnytė, and at the Norwegian Academy of Music in the class of Henrik Hellstenius. He completed his doctoral studies of musical arts at the LAMT (supervisor Assoc. Prof. Raminta Šerkšnytė and Prof. Dr. Rimantas Janeliauskas) in 2016. The composer further developed his mastery in courses and private lessons with Johannes-Maria Staud, Yannis Kyriakides, Rytis Mažulis, Staffan Mossenmark, Ole Buck, Ørjan Matre, Mārtiņš Viļums, Adam Melvin and others.

Maslekovas’ music has been performed at the Lithuanian festivals Iš Arti, Druskomanija, Vilniaus Veidai; and also at Vinterlyd (Norway), Two Days and Two Nights of New Music (Ukraine) and others. His chamber music is performed by some of the most prominent Lithuanian contemporary music ensembles today: Synaesthesis, Twenty Fingers Duo, Trio Claviola; and his large scale compositions have been performed by the major Lithuanian orchestras and choirs, including the Lithuanian National Symphony Orchestra, St. Christopher Chamber Orchestra, and the Vilnius Municipal Choir Jauna Muzika.

His music goes hand in hand with his research. Maslekovas’ has published articles in Lithuanian and in English in such journals as Principles of Music Composing (2014, 2015, 2018) and Lithuanian Musicology (2017). As a scholar he reviews scientific papers and organizes the annual international conference on music theory Principles of Music Composing.