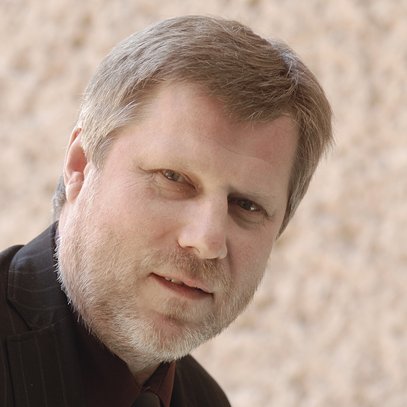 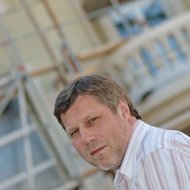 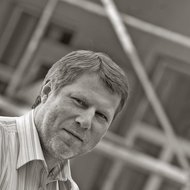 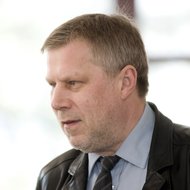 Composer Faustas Latėnas belongs to a very distinct generation of Lithuanian composers, which has once been labelled 'the neo-romanticists'. Along with Algirdas Martinaitis and Vidmantas Bartulis, Faustas Latėnas was a real enfant terrible, who transferred from the theatre millieu to his concert music exaggerated banality, irony, and musical hooliganism, always regarded with certain distrust by the academic community. "I have always regarded theatre as a refreshing current in my concert music, something like an islet where one is free to incarnate the most radical, banal, or quirky thoughts, because the attitude to theatre music has always been more lenient", said the composer.

...in extremis... - Rondo Sonata for Saxophone and Piano

X
...in extremis... - Rondo Sonata for Saxophone and Piano

...in extremis... - Microgames and Fugue

As a composer he made a name for himself with incidental music for theatre performances which brought him an instant success as well as numerous awards: diploma of the 26th Lithuanian Theatre Art Festival for production of "Kvadratas" ("The Square") in 1981; laureateship of the All-Republican View of Young Theatre Artists' Works in 1983-84; diploma of the Baltic Theatre Spring Festival, Vilnius, for "Ilga kaip šimtmečiai diena" ("A Centurylong Day") in 1984; diploma of the 7th Baltic-Belorussian Puppet Theatre Festival, Riga, for "Lakštingala" ("The Nightingale") and "Stebuklinga motina - elnė" ("The Miraculous Mother Doe") in 1986; diploma of the Baltic Theatre Spring Festival, Minsk, for "Dėdė Vania" ("Uncle Vanya") in 1987; diploma of the Lithuanian Theatre Union for productions of the theatre season 1987/88 in 1989; diploma of the Baltic Theatre Spring Festival, Vilnius, for "Čia nebus mirties" ("Here Will Be No Death") in 1989; prize of the Lithuanian Theatre Union for the best works produced during the season 1989/90 in 1990; St. Christopher Prize for "Nusišypsok mums, Viešpatie" ("Smile On Us, Lord") in 1995. His other distinctions include the Jonas Švedas Prize and the 3rd class diploma for "Lietus" ("Rain") in 1987; a jury commendment for "Albino 2" for saxophone and tape at the 11th International Electroacoustic Music Competition Luigi Russolo in Varese, Italy, in 1989; and an honorary diploma of the International Witold Lutosławski Competition for 4 preludes in Kiel, Sweden, in 1994. In 2011, he was awarded the prestigious international Konstantin Stanislavsky prize for the incidental music, written for the theatre performances produced by Eimuntas Nekrošius, Rimas Tuminas and Oleg Tabakov Theatre. In 2014 Faustas Latėnas was awarded the Lithuanian National Arts and Culture Prize, the highest artistic distinction in Lithuania.

To the extent that his whole career is inextricably bound with the world of theatre, Faustas Latėnas' non-theatrical works often sound, as it were, like the abstracted versions of his music drawn from the theatre performances. The composer himself tended to define his style as post-social realism or, simply, post-realism, which is characterized by representation of the particularly exaggerated emotions such as joy, sadness, sarcasm, etc. His harmonies are strikingly romantic, by and large based on extensive successions of triads and sixth chords, sometimes avoiding even a tinge of dissonance.

The composer has also written: