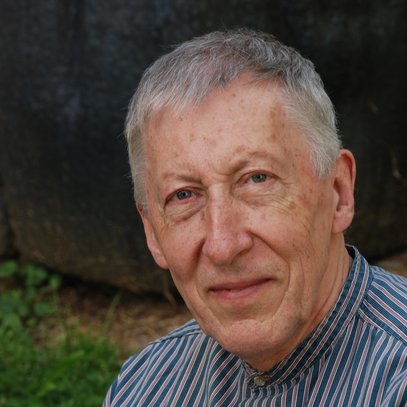 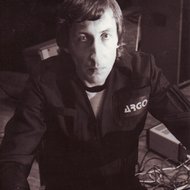 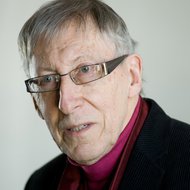 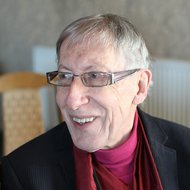 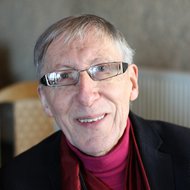 Giedrius Kuprevičius (b.1944) - is exceptionally versatile personality, composer, teacher, eassayist and polemicist. Major part of his life and work is related to the second Lithuanian city Kaunas. There are many interesting turns in the composer's creative curriculum: from 1980 to 1987 he founded Argo electronic music group; since 1957 he has played the Kaunas carillon, and in 1998 was appointed Kaunas City head carillonist. In 1975 he wrote one of the most popular musicals in Lithuania, Fire Hunt and Beaters, which was staged also in Latvia, Estonia, Russia, Ukraine, and Moldova, and the song from the musical Little Swallows became the real hit song in Lithuania. The composer also writes music in traditional classical genres: operas, symphonies, chamber works, oratorios, vocal cycles, etc. Giedrius Kuprevičius' music is moderately modern, many of his works are notably dominated by improvisational element and vivid ties to literature and visual arts. The composer also writes for theatre and film.

Giedrius Kuprevičius (b.1944) graduated from Prof. Eduardas Balsys' composition class at the Lithuanian Academy of Music in 1968. From 1966 to 1975 he taught at the Juozas Gruodis Higher School of Music; he was also head of music faculties at both the Lithuanian Agricultural, and Kaunas Technology University, taught acting courses at the Vilnius University, and organized a music improvisation course at the Kaunas Faculty of the Lithuanian Academy of Music. He taught at the Art Faculty of Vytautas Magnus University during 1990-1999, and in 2000 was appointed deacon of the Art Faculty at Kaunas Technology University; he was responsible for the founding, in 2001, of the Audio and Video Technology Center at this University, which now also has a Computer Music Club. The composer's numerous contributions to methodological literature include a work entitled "Music in Theatre".

From 1971 to 1982, Giedrius Kuprevičius headed the Kaunas branch of the Lithuanian Composers' Union, and from 1980 to 1987 - the Kaunas Musical Theatre's "Argo" electronic music group. He worked as chief editor of music programming at Lithuanian Television during 1987-1988. He has played the Kaunas carillon since 1957, and in 1998 was appointed Kaunas City head carillonist. His official posts have included: First Assistant to the Lithuanian Minister of Culture, and Executive Head of Artistic Affairs (1988-1990), and Kaunas municipality deputy mayor (1992-1993). In 2012, he was awarded the Golden Star of the Lithuanian Copyright Association LATGA and elected as the full member of the Lithuanian Academy of Sciences. In 2014 Giedrius Kuprevičius was awarded the Lithuanian National Arts and Culture Prize, the highest artistic distinction in Lithuania.

The composer has been involved with the Lithuanian press since 1968, and continues to write on music and culture in various periodicals. He has published two books of essays: "Backward Years" and "It's Been Said".

Giedrius Kuprevičius takes part in music festivals, conferences, and symposia in Lithuania and abroad. His musical, "Fire Hunt and Beaters", was produced in Lithuania, Latvia, Estonia, Russia, Ukraine, and Moldova. His oratorio, "Creation of the World for the End of the 20th Century", was performed at the Kaunas Jazz festival in 1988, EXPO-2000 in Hanover, and at an international forum in Vienna. Others of his works have been heard at concerts in various countries in Europe, as well as in America, Australia, and New Zealand.

Giedrius Kuprevičius' music is moderately modern, based mostly on melodic development and augmentation of rhythmic patterns. Many of his works are notably dominated by improvisational element and vivid ties to literature and visual arts. The composer also writes for theatre and film.