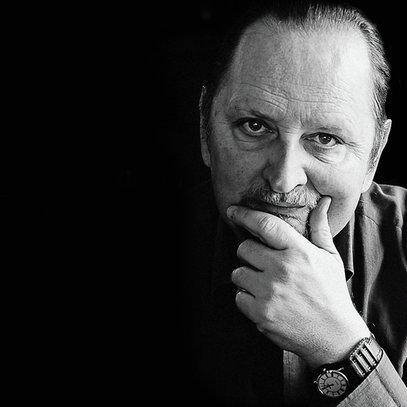 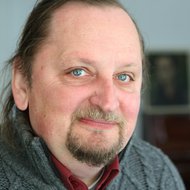 Algirdas Klova was a versatile composer and performer. An enthusiast of authentic Lithuanian folk music, playing fiddle and other instruments in his own folk groups, he was equally active in other genres bordering on folk music, such as country and world music. Besides, he is well-known as an author of jazz and pop compositions, as well as academic music; and the special flavour of old Lithuanian folk songs (particularly their unique polyphonic variety sutartinės) is often present in his diverse work. In festivals and concerts he was most often seen performing with the folk group Vydraga.

Algirdas Klova (1958-2021) graduated from the Lithuanian Academy of Music, where he studied composition with Prof. Julius Juzeliūnas. From 1983 to 1991 he worked as a sound engineer at the Lithuanian National Radio. He founded and directed folk ensembles "Kikilis" (1980-85) and "Vydraga" (since 1988). Since 1991 he organized the instrumental folk music festival "Griežynė" held biennially in Vilnius. He has compiled and edited numerous collections of Lithuanian folk music: "Old Lithuanian Instrumental Folk Music", "Swaying Songs", "Lithuanian Folk Polkas, Waltzes and Marches", "A Merry Day Has Dawned for Us", etc. On the record label "Bonifa" he launched the series of recordings entitled "Lithuanian Folk Ensembles". Together with the ensemble "Vydraga", he recorded and released one LP record, four audio cassettes and one CD.

His work as a composer and folklore specialist has always combined with journalism: he has worked as a correspondent for monthly "Muzikos barai" (1990-95) and musical editor at the radio station "Vilniaus varpas" (1991-94). He was the author and the host of the radio programme "Country Saloon", which have been broadcast on the radio station "Laisvoji banga" since 1994. Algirdas Klova was president of the Lithuanian Country Musicians' Association and producer of the "Visaginas Country" festival. From 1994 he organized congresses of Lithuanian country musicians and "Country Saloon" festival. He has lectured on country music and taught at the Folklore Department of the Vilnius Conservatory and at the Theatre Faculty of the Lithuanian Academy of Music.

Algirdas Klova composed different kinds of music. Apart from academic works, he composed lots of incidental music for films and theatre as well as jazz, rock, pop and country compositions. Predominance of melody, improvisatory nature and extensive use of folk elements are the major features that characterize his most varied oeuvre. The works written in 1984-90 witness his turn towards minimalization of compositional means (for example, String Quartet "Hope", "The Reflection on the Lake at Sunrise, Six O'Clock in the Morning" for 3 instruments, "...Why Doesn't It Snow?.." for birbynė quartet). In 1990 he began to collaborate with jazz musicians and to make frequent appearances as a performer in various joint projects with Lithuanian and international jazz, rock and country music performers. Together with the composers Giedrius Kuprevičius and Mieczysław Litwiński, he formed the group "Žaliakalnio vilkai" ("The Wolves of Žaliakalnis") focusing mainly on free improvisation and world music. He also leaded "Country Blues Session Band" - a 2nd prize-winner of the "Country Europe" contest in 1999.