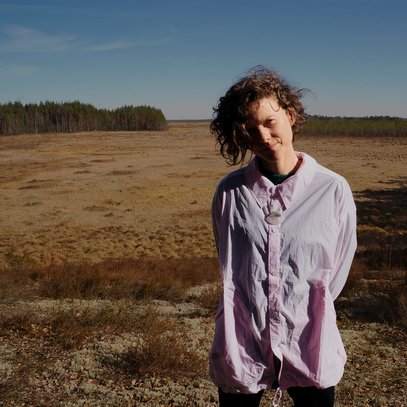 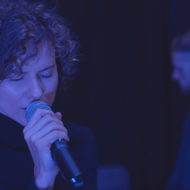 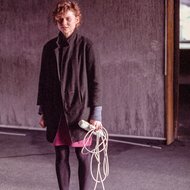 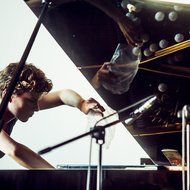 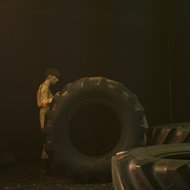 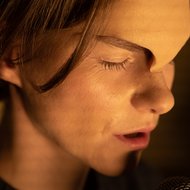 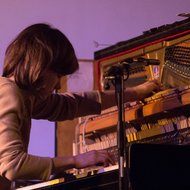 Composer, performer, and sound artist Gailė Griciūtė belongs to the generation of twenty-first century creators for whom diversity of creative identity is the norm. In her creative process, she uses sound and visual material and implements her ideas in various forms: from scores with the smallest details marked out (Thangtong Gyalpo) to performances (Eye Gymnastics) or improvisations, which are created and heard only in the present moment. She appears with collectives such as Mold, Eye Gymnastics, and Weld Mignon, but her most frequent partner is prepared piano. Griciūtė’s interdisciplinarity is defined by a search for specific sounds, experimentation, and attention to process (both while working with other performers and collectives, and in terms of her music, especially improvisations). In her work, we can see the equal weight given to her different roles as composer, performer, and listener, and the importance of various perspectives and self-reflection. Griciūtė seeks the attention of each individual listener and aims to create intimate experiences, so her work has no one unifying theme.

some of all of that

X
some of all of that

Gailė Griciūtė (b.1985) started her studies at the Lithuanian Academy of Music and Theatre in 2007 when she entered the piano study programme with Prof. Aleksandra Žvirblytė. She continued her piano studies two years later at the Sibelius Academy, graduating in 2012 (Bachelor’s and Master’s degrees, Profs. Erik T. Tawaststjerna and Ilmo Ranta). At the same time (2010–2012) she studied composition at the Sibelius Academy (Prof. Tapio Tuomela). In 2010 she went on an exchange programme to the Norwegian Academy of Music (Prof. Einar Steen-Nøkleberg). She graduated from the Lithuanian Academy of Music and Theatre (Master’s degree, composition class of Prof. dr. Rimantas Janeliauskas) in 2016. She studied in the class of video artist Douglas Gordon at the Städelschule Academy of Fine Arts in Frankfurt am Main in Germany. Griciūtė currently lives and works in Lithuania.

The roles of composer and performer are intertwined in Griciūtė’s work. She often appears on stage at the prepared piano. With the eyes closed it is easy to forget that it is the piano playing, the sounds are rather reminiscent of the muted bell, metal jingles, and “instead of melodies, motifs, and passages played on the keys we often hear strings directly plucked, sweeped or scrapped by hands – as if rolling them into fibers or treating them as quilted, vibrating surfaces” (Tautvydas Bajarkevičius).

The different prepared piano set-ups is indicative of her search for specific sounds. This is also reflected in her scores of other instrumental compositions: the unconventional tuning of string instruments (Silver Citadel), the glissando of harmonics, white noise, quartertones, various playing techniques (flautando, sul pont, col legno). The pursuit of a particular sound is also reflected in the notation, which in some places is precise and in others aleatory: performers are free to choose any note, but in a specified range; they can choose the rhythmic pattern, but their sequence is determined by the composer; they can play ad libitum, but indicated pitches only. Aleatorism indicates a certain freedom in Griciūtė’s work, because every mark encodes a specific and deliberate idea she has had, and its particular written expression helps the performers to orient themselves more easily. However, only one piece – Brass Trio – has an exclusively graphic score. Sound for the composer is the main and decisive microstructure from which the larger components emerge: motifs, fragments, sections, and the whole form.

Experimentation and attention to the process unfolds in improvisations. These have a particularly fragile form that reflects only the present moment, and only leads towards the result. Griciūtė also performs free improvisations with the Mold collective. These are her partners: Dalius Naujokaitis (drums), Dovydas Stalmokas (saxophone), Aaron Kean (bass), Dominykas Vyšniauskas (trumpet). Her performances with a pre-defined improvisational structure are done in a duo with Antanas Dombrovskij (electronics) entitled Weld Mignon. Electronic sound structures are combined with the parts of prepared piano, specific timbre decisions are notated in a graphic score. At a live performance, the soundscape is supplemented with circuit bent synthesizer sounds, tape recorder noises, and filters.

The search for new forms of expression and the desire to expand her personal opportunities led to Griciūtė’s collaboration with other artists. Performances and installations perfectly connect various art forms.

A soundtrack of voice and environmental sound recordings created by Griciūtė merges into the video work Linger On Your Pale Blue Eyes (2016) directed by Thuy-Han Nguyen-Chi, a Vietnamese artist based in Germany. This synthesis of the arts is present in Griciūtė’s other works as well: Technologies Of The Non-Self (in collaboration with Thuy-Han Nguyen-Chi, 2014), Conatus (with choreographer Andrius Pulkauninkas and video artist Vytautas Juozėnas, 2015), Synkrisis (with Thuy-Han Nguyen-Chi and cinematographers Alexandre Cabanne and Hoang Son Doan, 2018). One of Griciūtė’s collectives Eye Gymnastics (a duo with Viktorija Damerell, 2018) combines experimentation with voice, music, text, and visualization. The intonation of text, the speed of speech, the muted, quite timbre, and the patterns of recurring phrases are reminiscent of incantations or attempts to induce hypnosis. This atmosphere, characteristic of meditation, is supported by ritualistic rhythmic patterns. Baroque elements and echoes of popular music are not uncommon in her music.