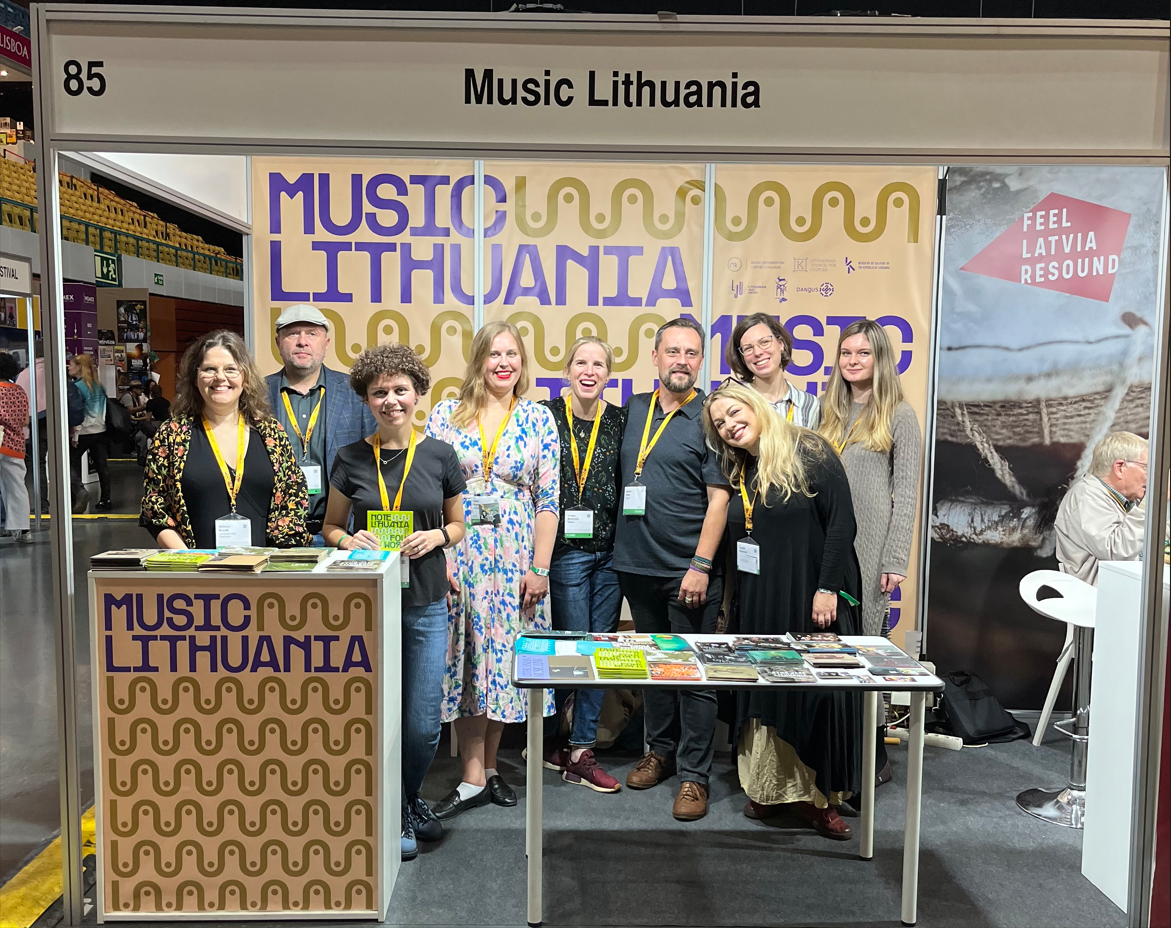 Lithuanian stand and delegates at WOMEX 2022

Lisbon, the capital city of Portugal, on 19–23 October hosted the twenty-eighth edition of WOMEX. The world’s leading music fair brought together more than 3,000 professionals from 113 countries representing 676 organisations working in different areas of music. The fair included a conference, a music showcase festival and a film programme. The umbrella stand launched by the Music Information Centre Lithuania over the five days handed out about sixty kilograms of its publications to professionals from the music industry. This year, the nine-strong Lithuanian team included representatives of the MICL, Lithuanian Jazz Federation, Mėnuo Juodaragis Festival, and the Dangus label. After the event, they offered their comments.

“In the wake of the pandemic, when everything grinded to a halt, the international music market looks on the rise and full of hope,” commented Ugnius Liogė, the man behind the Mėnuo Juodaragis Festival, and the Dangus label. “As a label, we presented our new releases and made a number of new contacts, primarily with people from Portugal and Eastern Europe. I’ve discovered several new talents for our festival and brought back bags full of music and contact information. Now, I believe, we will experience a wave of email spam.”

“From the start to end, it was, it seems, just a blink of an eye,” said Edita Gumauskaitė, the folk performer. “For many performers and their managers, Lithuania is an attractive place to visit, one they’ve never been to. I noticed visitors showing interest in our music medleys, they like design of the stand and our publications and often know our event managers and festivals.”

Musician, folklorist, and teacher Laurita Peleniutė noted that for many at WOMEX Lithuania still was a somewhat surprising and undiscovered nation. “With all the three stands representing the Baltic countries erected close to each other, visitors could see they are distinct and different,” she said. “I am glad to say that a new project involving the three Baltic nations was born during the fair.”

“Compared to the previous editions of WOMEX, we were glad to notice a markedly increased interest in ethno-jazz,” said Solveiga Rusytė, the representative of the Lithuanian Jazz Federation. “It was lovely to hear positive comments about how well prepared we came and what a pleasure it was to talk with us. The abundance of information we brought was another point of interest as the tables literally were too small to accommodate it.” 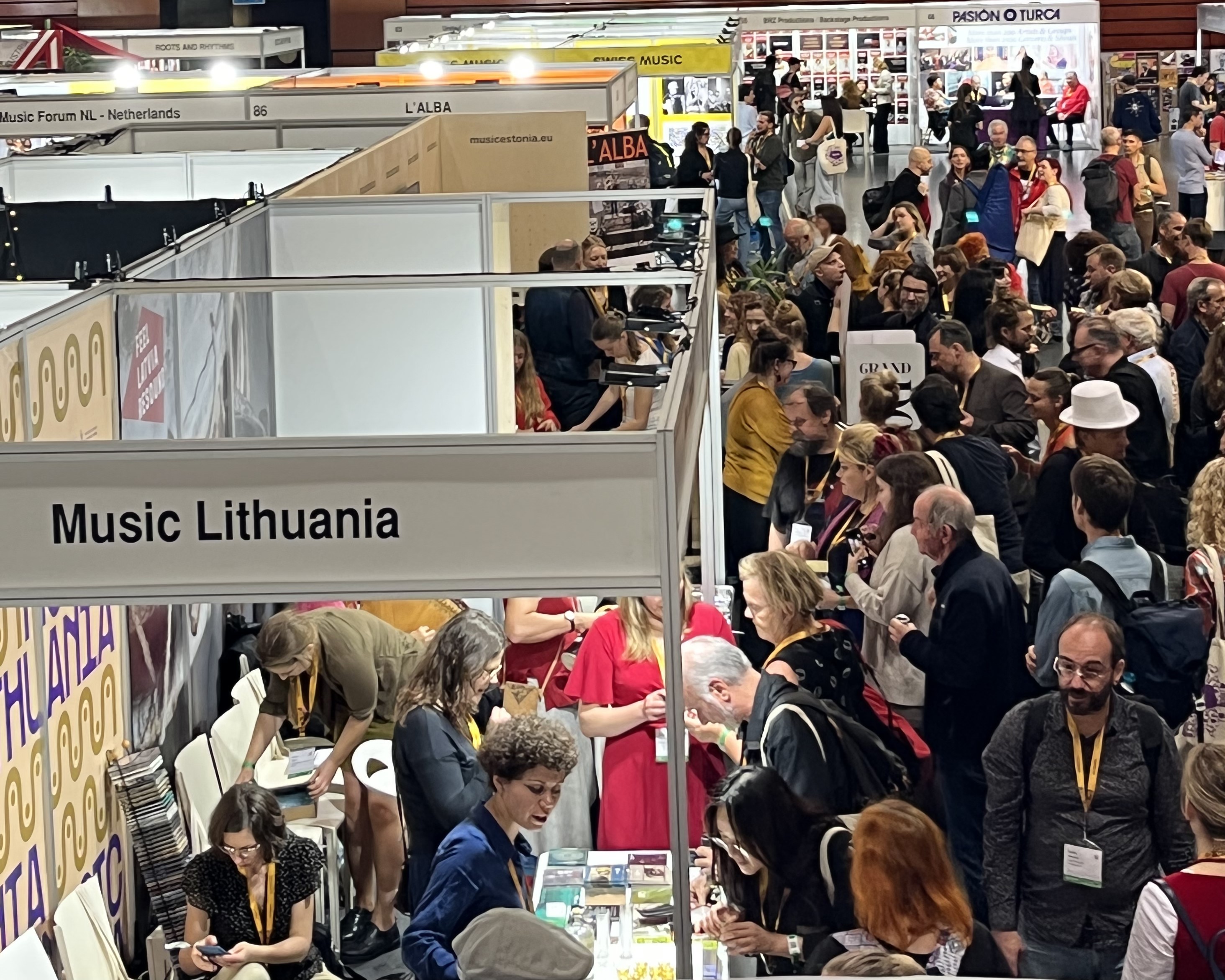 Music Information Centre Lithuania took part in the international networking session, which this year focused on Ukraine and the three Baltic nations. The session led to new professional ties with the Ukrainian Institute and the Music Export Ukraine organisation. In addition to that, the MICL opened up new cooperation initiatives between Lithuania and partners in the Baltic region, including Scandinavia.

Lithuania’s umbrella stand at WOMEX was financed by the Lithuanian Council for Culture and the Ministry of Culture of the Republic of Lithuania.​