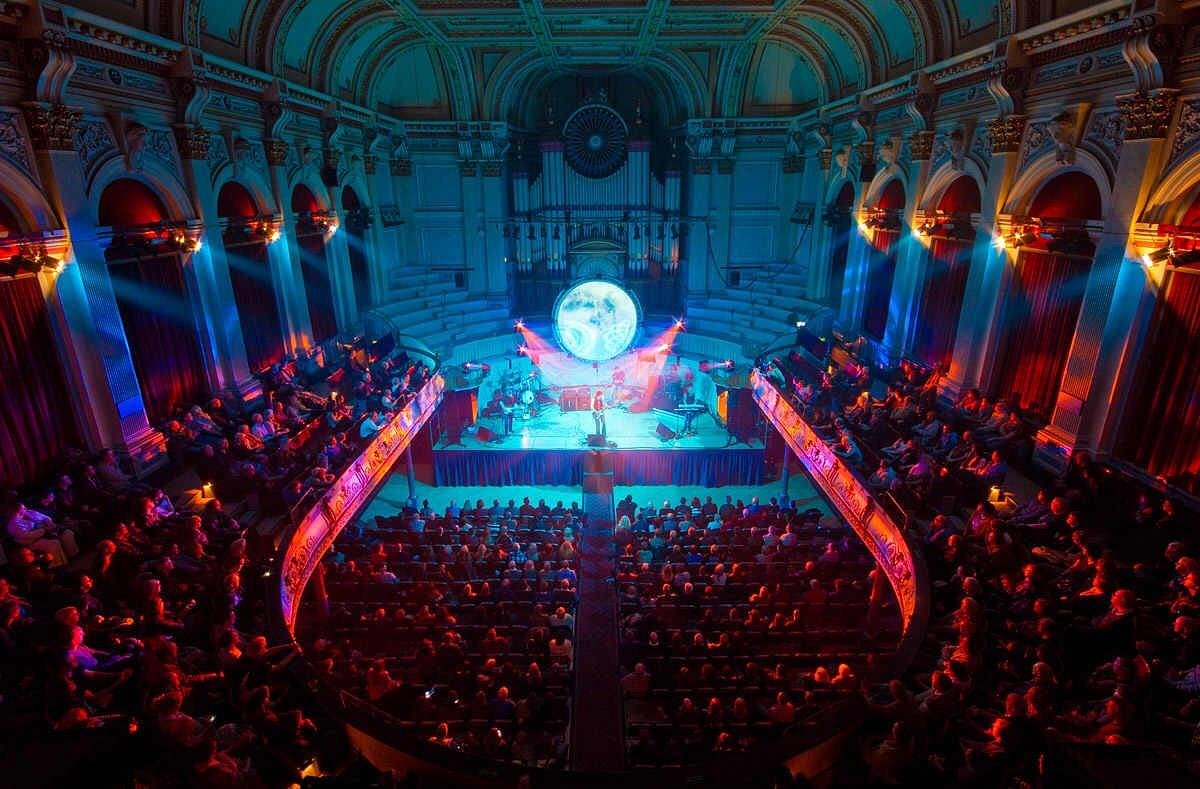 Lithuanian Culture Institute; Ūla Tornau, Lithuania’s Cultural attaché in the United Kingdom; and the Music Information Centre Lithuania have launched a three-year partnership with the Huddersfield Contemporary Music Festival. The project aims at offering Lithuanian composers, artists and performers new opportunities to present their work at the festival and, through media, to wider international audiences. In addition to that, the festival, inaugurated back in 1978, is seen as a fertile cooperation ground – through its networking and strategic partners across the globe – for music producers and event managers.

The ten-day Huddersfield Festival, known also as hcmf//, is dedicated to new and experimental music. Over the years, it has welcomed dozens of well-known composers, such as Karlheinz Stockhausen, Louis Andriessen, Terry Riley, Brian Eno, John Cage, and Steve Reich. Held annually in collaboration with the University of Huddersfield, it also offers an academic platform, networking opportunities, its extensive programme of top-class musical performances supplemented with films, exhibitions and discussion panels. For a professional participant the result is a unique and priceless artistic experience within the valuable cooperation platform.

Lithuania made its debut at the hcmf// back in 1990, the first year of the nation’s regained independence, represented by the Vilnius New Music Ensemble led by composer Šarūnas Nakas. The ensemble played premiere performances of pieces by Bronius Kutavičius, Osvaldas Balakauskas and Algirdas Martinaitis and a special programme of Lithuanian folk music that was recorded by the BBC Radio right after the performance at the Abbey Road Studios. Subsequently, five other Lithuanian composers took part at the festival: Rytis Mažulis, Ričardas Kabelis, Egidija Medekšaitė, Justė Janulytė, and Jurgis Mačiūnas. 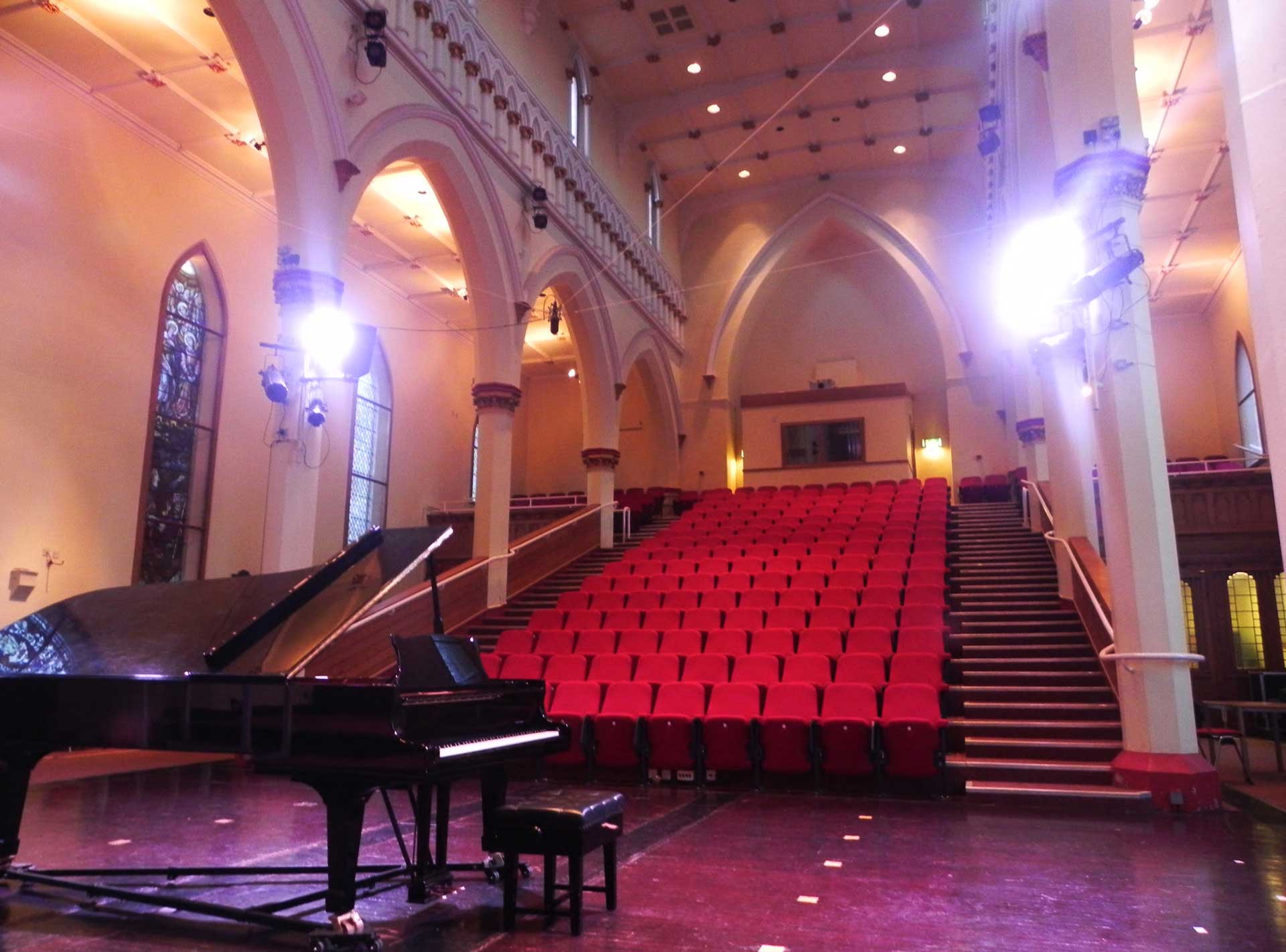 “For ten days every year, the festival in Huddersfield becomes a Mecca for the afficionados of new and experimental music,” said Aušrinė Žilinskienė, head of the Lithuanian Culture Institute. With over fifty events, ranging from musical performances to contemporary art exhibitions, the hcmf// draws fans and professionals, particularly through its emphasis on networking, she added.

“For our composers and performers, the direct collaboration with one of the world’s trend-setting platforms in new music is a huge accomplishment that took years to materialise,” Žilinskienė said. The joint efforts of the Lithuanian Culture Institute, Ūla Tornau, and the Music Information Centre Lithuania have resulted in a comprehensive three-year programme that should bring diverse benefits to Lithuanian composers and musicians. “By working together and merging our competence, management skills and finances we are capable of attracting significant attention to our artists,” she said. “From their point of view, this might lead to major breakthroughs.”

The partnership between Lithuania and the hcmf// promises particular benefits in that the project is long-term, not a one-off showdown, according to Radvilė Buivydienė, the head of the Music Information Centre Lithuania. Over more than four decades, the festival has developed a format for collaboration, starting with a thorough analysis of the national musical scene and leading to invitations for selected artists. For Lithuania, the partnership will mean significantly more performances at Huddersfield, composition commissions, new artistic residences and visits, closer ties with the British musicians, active networking, and publicity using the festival’s valuable dedicated channels, including major musical publications and the BBC Radio which broadcasts some of the festival’s performances live.

“We hope the long-polished joint project will prove an effective tool for us to raise our own standards,” Radvilė Buivydienė said. “It should open a number of new doors to promote worldwide our musicians related to new and experimental music.”

The three-year program is financed by the Ministry of Culture of the Republic of Lithuania and the Lithuanian Council for Culture. The partnership programme is due to be announced later.