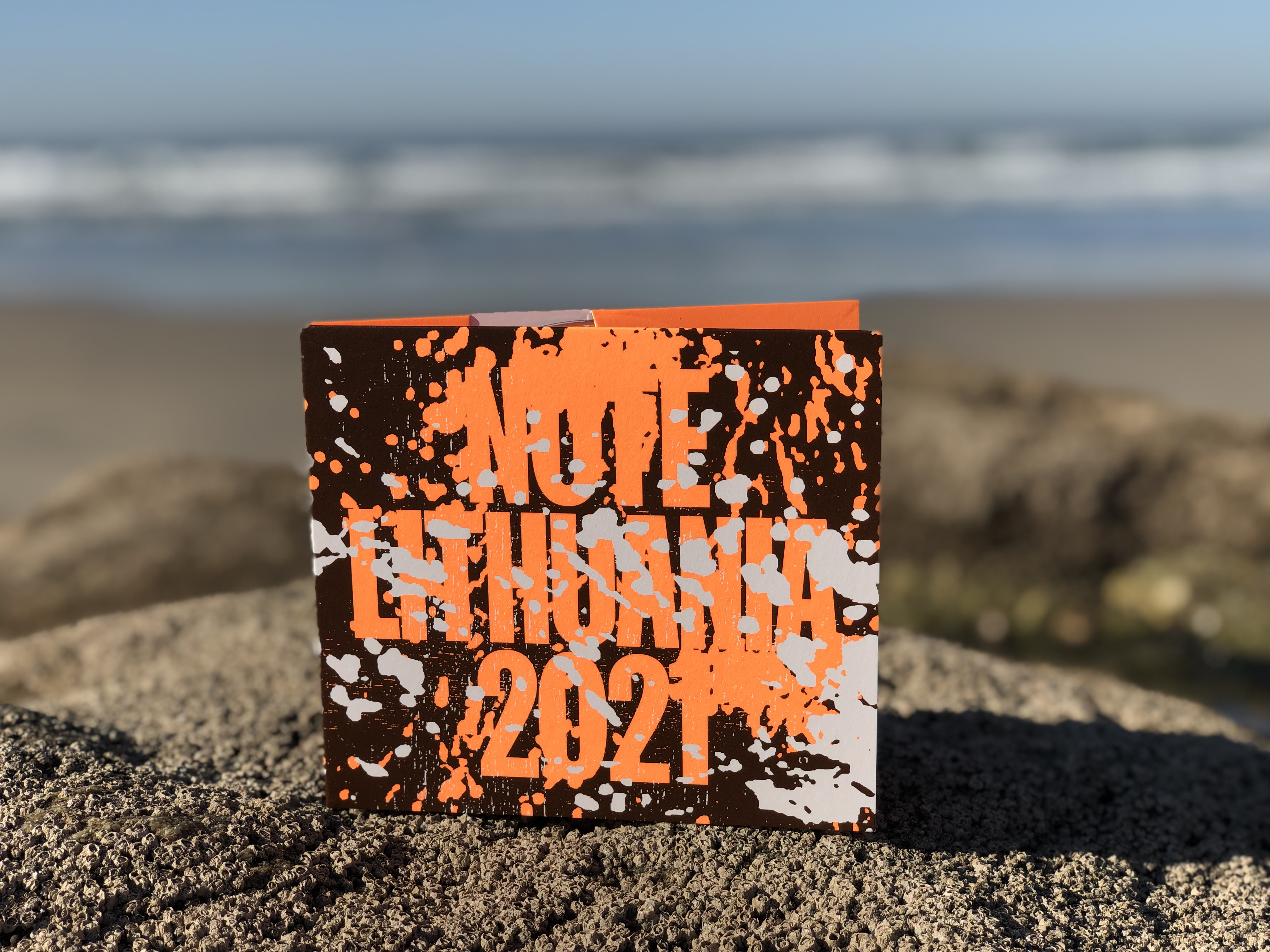 Music Information Centre Lithuania has released a yet another compilation Note Lithuania 2021, dedicated this time to the performers of alternative music. The collection, in the form of a CD and an online playlist, has already enjoyed it presentation in late October at WOMEX, the largest trade fair for music professionals, in Porto, Portugal.

A record number of 117 compositions, or almost 8.5 hours of music, have been submitted before the jury this year. Seventeen pieces have been selected by the panel following the debate. The jury consisted of five well-known professionals: Inga Ramoškaitė, the presenter of the LRT Opus Radio; Emilija Visockaitė, the musical critic and editor of mic.lt; Domininkas Kunčinas, the music writer and editor of ore.lt; Dovydas Bluvšteinas, the event manager, radio presenter, publisher and performer; and Victor Diawara, the producer and event manager.

“Most kids don’t listen to specific music genres these days — they choose what they think sounds cool in general, whether it’s rock or hip hop or jazz or whatever. There’s an amalgamation of genres that make up modern “alternative” sounds. This compilation is a resonant blend of Lithuanian alternative music approved by locals and potentially alluring globally.” wrote Domininkas Kunčinas.

The compilation offers post-electronics by Palmės Žiedas, extreme jazz-rock by Kanalizacija, dejected dance music by Solo Ansamblis, Lithuanian Americana by Kabloonak, krautrock-punk by Egomašina, sturdy rock by Timid Kooky, and a selection of all-female music by a shishi trio, the no less rebellious Crucial Features, as well as classically-trained Ambulance on Fire and Monikaze. The album also includes Ingaja’s dreamy voice, some lo-fi synth-pop by Bleach Cult, a few soundscapes by Gintautas Rožė and dark-sounding Pindrops, experimental rock by Sraigės Efektas, and electro-post-hip hop by Vilniaus Energija.

“The remarkable interest we observed among the candidates as well as the broad and versatile panorama of creativity displayed on this compilation serves as a proof of agility on the local scene of alternative music,” said Radvilė Buivydienė, head of the Music Information Centre Lithuania and the producer of the release. “The album has attracted considerable attention at WOMEX. In Lithuania, on the other hand, a large number of music and its performers seems to be ready for export. Each year, Note Lithuania focuses on a different genre. I may already reveal that next year we are about to release a compilation of folk and world music.”

Note Lithuania 2021 is on Spotify and the online player on mic.lt. The release has been funded by the Lithuanian Council for Culture and the Ministry of Culture of the Republic of Lithuania.